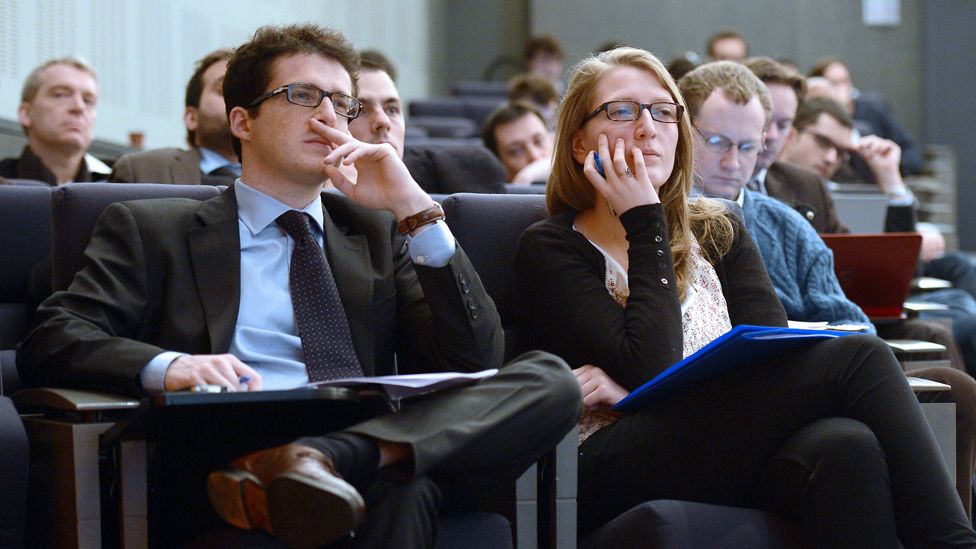 One of France’s top colleges – the Ecole Nationale d’Administration – will be shut down, French President Emmanuel Macron has announced, under plans to boost social mobility.

A degree from the ENA has been the passport to the upper echelons of French politics for generations.

Its graduates include Mr Macron himself and ex-presidents François Hollande and Jacques Chirac.

However, it has become the target of populist anger at perceived elitism.

The entrance exams are notoriously tough, and the ENA’s intake is dominated by students from privileged backgrounds.

It admits fewer than 100 students a year, who are fast-tracked into prestigious civil service jobs.

Announcing the school’s closure, he called the changes a “profound revolution in terms of recruitment”, but stressed that he did not want to add to unfair criticism of the institution.

“It so happens that I don’t forget where I came from and what I owe to this training, and I want to pay tribute to its work,” he said.

In February, speaking in the western city of Nantes, Mr Macron said it was time to open up access to top colleges for students from modest backgrounds. The aim, he said, was that “no kid in our republic should say: this is not for me”.

He deplored the current state of social mobility in France, saying it was “worse than 50 years ago”.

His announcement on Thursday was made in a video conference with several hundred top civil servants. But he first suggested closing the ENA in 2019, after months of gilets jaunes (“yellow vest”) street protests, which severely challenged his presidency.

Those protests were triggered by a rise in fuel tax, but morphed into a much wider social protest against a perceived Parisian elite neglecting the needs of provincial communities.

Before becoming president, Mr Macron attended the prestigious Sciences Po university, then the ENA, before obtaining a plum job at the Financial Inspectorate – part of the finance ministry.

The ENA was established in Strasbourg in 1945 by then-President Charles de Gaulle, whose aim was to rebuild a modern French state from the wreckage of World War Two.

Ambitious students spend years preparing for the ENA exams, which test them on topics including economics, law and international relations. In the “grand oral”, a panel grills the candidate in detail on a particular topic.

While the school was designed as a meritocracy, research shows that ENA students’ parents are often senior civil servants themselves or CEOs. Very few come from working-class backgrounds.

“It’s the school of the elite,” said Prof Jean-Michel Eymeri-Douzans, a political scientist who has studied the ENA extensively and now works with it.

Mr Macron is under pressure to improve his ratings ahead of next year’s presidential election, and France’s painful struggle with Covid-19 has exposed shortcomings in the state administration.

The reforms could mean more staff turnover, job mobility and a sharper focus on pressing issues such as French secular values, poverty and the environment.