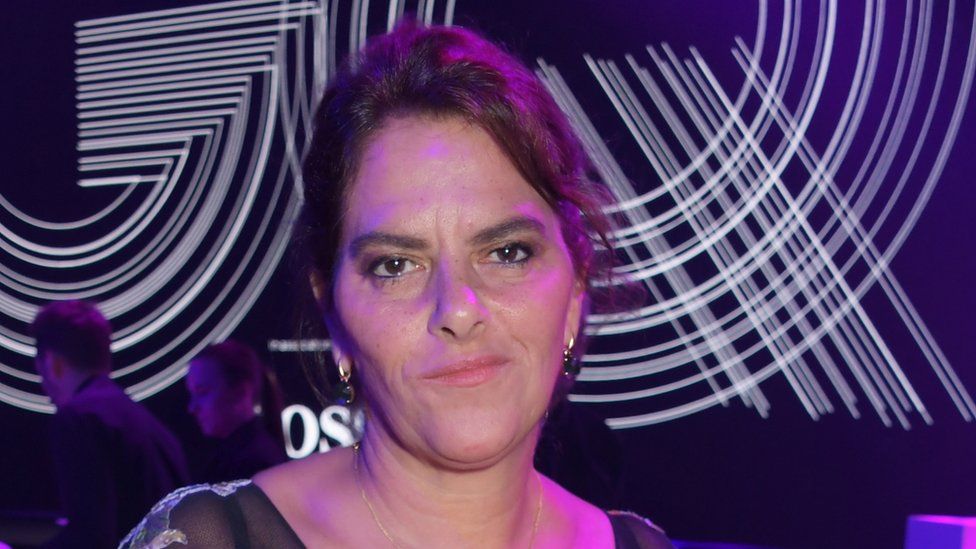 Artist Tracey Emin has said her cancer has “gone” after a series of major surgeries.

The 57-year-old told BBC Newsnight she reached a “big, big milestone” last week when her three-monthly scans were “all clear”.

“I’m not painting because I’m using my willpower to stay alive. That’s what I’m doing,” she told the programme.

But she said that over the coming years she hoped to put her energy back into painting, as well as “being happy, smiling more, just enjoying life”.

“I never realised how much I wanted to live until I thought I was going to die,” she said.

Emin, who is known for her frank, confessional art, said she had her bladder removed, a full hysterectomy, her urethra removed, her lymph nodes removed, “half of my vagina removed”, and part of her intestine removed to stop the spread of the cancer.

She now has a urostomy bag, which replaces the bladder and urinary system. It is a “major disability” because it needs to be emptied as frequently as every 20 minutes, she said.

“You never know when it’s going to happen,” she said.

The extensive surgery meant her bladder cancer “couldn’t actually latch on to anything else”. Following the clear three-monthly scan, she will now move to annual scans, she said.

Best known for such installations as her unmade bed and the tent Everyone I Have Ever Slept With, Emin was speaking ahead of the re-opening of a joint exhibition of her work with paintings by Edvard Munch on 18 May, which had been closed by England’s lockdown this winter.

The Margate-based artist said when she began working on the Royal Academy of Arts exhibition four years ago she had “no idea that there was a possibility that I was never going to see this show”.

Emin said she resisted suggestions to cancel the show before the lockdown because “if something happens to me, what else have I got? I’ve just got to do this”.

The government made a “big mistake” in categorising museums and galleries alongside nightclubs when it comes to reopening, she said, describing the decision as “absolutely ridiculous”.

“I think it’s because the majority of the government at the moment have never probably been to museums or art galleries,” she said.

The full interview with Tracey Emin will be shown on Newsnight on Friday 9 April from 22:45 GMT and afterwards on BBC iPlayer.