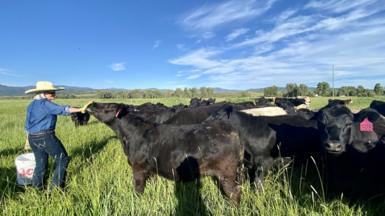 The head of the World Bank has warned world leaders against setting a global minimum tax rate for companies that is too high.

In an interview with the BBC, David Malpass said he did not want to see new rules that would hinder poor countries’ ability to attract investment.

The 21% global minimum rate called for by US Treasury Secretary Janet Yellen “strikes me as…high”, he added.

Officials said on Wednesday they hope to reach a global tax deal by mid-year.

Ms Yellen has said a global minimum tax on companies is necessary to stop a “30-year race to the bottom”, which has seen countries slash rates on companies, in an effort to woo business investments.

To US lawmakers, Ms Yellen has made the case that establishing a global minimum tax would allow the US to remain competitive, despite that increase.

Earlier talks led by the Organisation for Economic Co-operation and Development (OECD) had focused on a minimum corporate rate of 12.5%.

While the European Commission this week said it supported the idea of a minimum tax, officials declined to comment on a specific rate.

Some countries, such as Ireland, have expressed reservations about the US proposal.

The average corporate tax rate globally is about 24%, according to the Tax Foundation. Europe has the lowest regional rate at roughly 20%.

Mr Malpass told the BBC he was encouraged by signs of renewed focus on the global tax talks, which have dragged on for years without coming to resolution.

But he cautioned that world leaders must consider how a new global minimum tax might fit in with other proposals to tax carbon and digital services provided by tech giants – other priorities for the negotiations.

“The critical thing is to have growth for countries around the world,” Mr Malpass said. “Tax rates matter for everyone and so there also needs to be a legal environment that attracts new investment into the poorer countries.”

He added that Ms Yellen’s proposal of a 21% global minimum tax “strikes me as a high corporate rate, but this is not my call”.