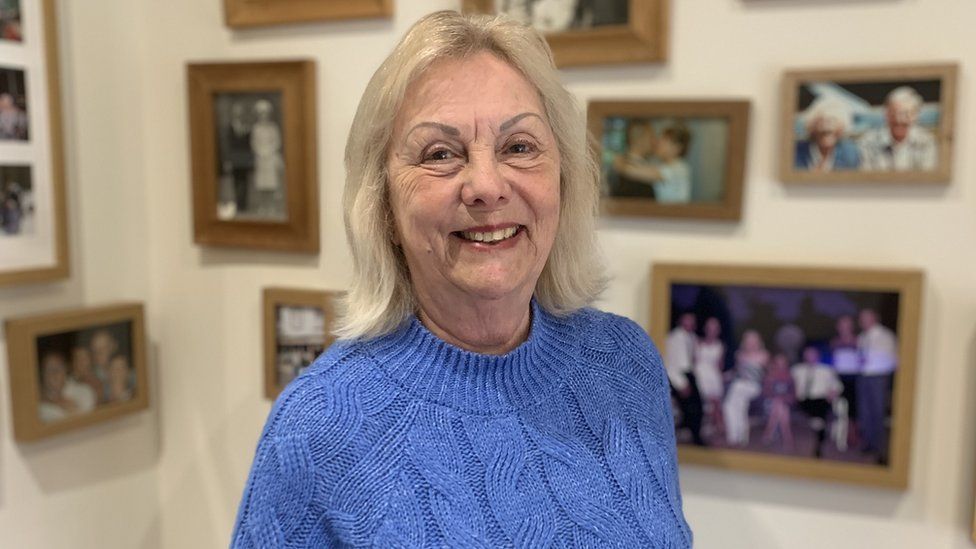 Women on £1-a-week state pensions could be owed tens of thousands of pounds, the BBC has learned.

Until recently, Carole Davies, 76, from Merstham in Surrey, was told she was entitled to less than £1 a week.

“Despite my husband Michael questioning this after he retired in 2005, we were told I wasn’t due anything more.”

Mrs Davies, a stay-at-home mum who worked in an administrative role for only a short period of time, had built up almost no entitlement to a state pension in her own right, as she had not built up enough National Insurance (NI) contributions.

Every week, for more than 15 years, she had been underpaid, not knowing she was actually eligible to a married woman’s pension.

After watching a TV programme about pensions in November, she decided to contact the Department for Work and Pensions (DWP) again, convinced she should be getting more.

“It’s been pretty horrendous really and it just took so long. They just didn’t seem to want to know and it was an uphill battle.

“In a letter I told them: ‘I think you are waiting for me to die before you give me any money’, and we still didn’t hear anything back for weeks and weeks.”

“I was totally, utterly stunned. I couldn’t believe it,” she said.

“They should have written to everyone and told them what they were entitled to, but nobody did, so we didn’t have a clue.

“It’ll make a huge difference to our lives. My husband is 80 and I’m nearly 77. We should have had it earlier, it’s so disgraceful what they’ve done.”

Hundreds of thousands could be owed up to £3bn

The pension system is highly complex and many are unaware of the special rules for married women.

In March, documents revealed in the Budget showed an estimated 200,000 pensioners could be collectively owed up to £3bn after the under-payment of state pensions for decades.

A review, involving a team of more than 100 civil servants, is taking place to trace all the women who have been affected by systemic failures to automatically award pension pay rises, stretching back to 1992. The process could take up to five years.

Ms Davies is among 5,000 women entitled to potentially huge refunds, many of whom will not be captured by the DWP’s search, due to a rule change in 2008.

Former pensions minister and partner at Lane Clark and Peacock LLP, Steve Webb, first highlighted the problem and the scale of the underpayments.

He told the BBC that under a little-known rule, the women who qualify for this concession are those who are getting a tiny amount of what is known as “graduated retirement benefit” (GRB) under the old state pension system, which ran until 1975.

The average amount they are receiving is around £1.24 per week, but this is enough to qualify for a married woman’s pension. They can backdate their claims to their husband’s 65th birthday and could be in line for tens of thousands of pounds.

“It is as if they are sitting on unclaimed winning lottery tickets. It is very important that women on these very small pensions make contact with the DWP as soon as possible to see if they could be entitled to a windfall”.

Unlike in other cases, this boosted payment is not automatic and women have to claim for it. That means many women know nothing about it and have missed out on this increase for years.

A DWP spokesperson told the BBC: “The action we are taking now will correct the historical underpayments that have been made by successive governments and anyone impacted will be contacted by us to ensure they receive all that they are owed.”

What am I entitled to?

Over the years, the pension system has gone through many changes.

When the state pension for all was first set up after the Second World War, men were often the main income earners.

Childcare responsibilities meant some women didn’t work for as many years.

Until 2016, these women were therefore given a proportion of their husband’s state pension – they could claim a 60% basic state pension, based on their partner’s record of contributions.

Since March 2008, they should have automatically got that increased payment – but a DWP error meant for thousands, that didn’t happen.

Over 1.3 million adults of pension age live in poverty – that is more than one in 10 of our elderly population struggling with debt, according to the poverty charity Turn2us.

“This money is going to make such a meaningful and positive difference to the finances of women affected,” said Anna Stevenson, a welfare benefit expert at Turn2us.

“It is going to mean not having to worry about where the next meal comes and paying off those bills that have been looming large.”

She added that it was vital that the DWP “not let anyone slip through the net”.

“It is worrying that they plan to take five years to reimburse everyone. It is vital people get their money as soon as possible,” she said.