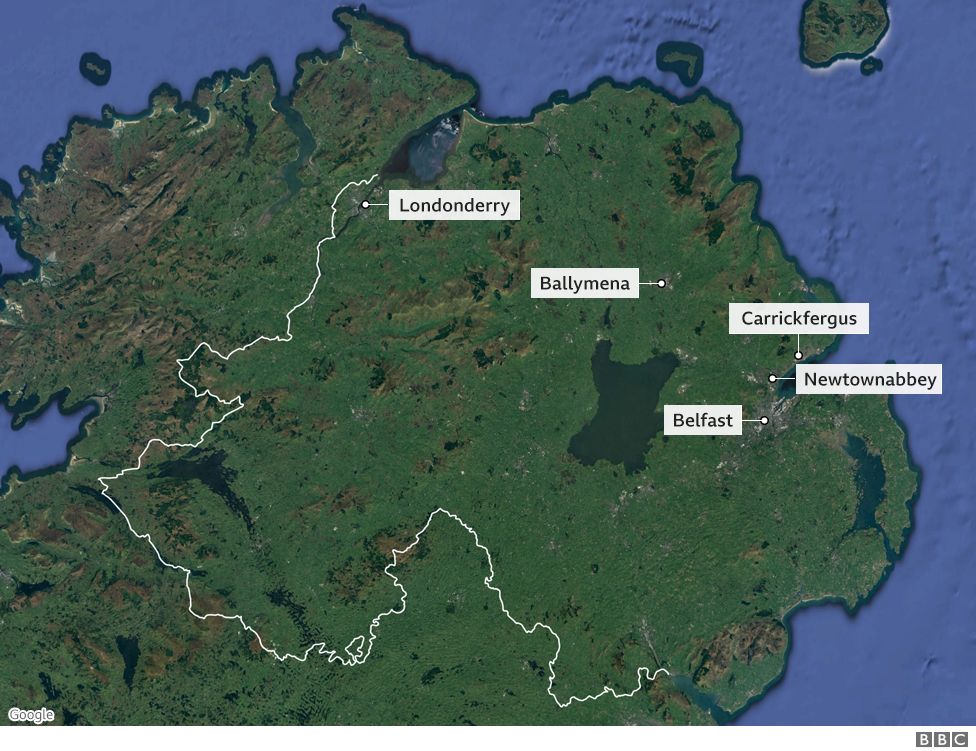 An emergency meeting of Northern Ireland’s power-sharing executive is taking place after a night of violence in west Belfast.

During several hours of rioting police officers were attacked, petrol bombs were thrown and a bus was burnt.

The Police Federation said seven officers were injured during the violence on both sides of an interface between loyalist and nationalist areas.

It was likely that paramilitary organisations were involved in the disorder, according to Police Service of Northern Ireland (PSNI) Assistant Chief Constable Jonathan Roberts.

He said several hundred people on each side were throwing petrol bombs in both directions in the loyalist Shankill Road and the nationalist Springfield Road.

Police officers were called in from other parts of Northern Ireland to help to deal with the rioting.

It was the sixth night of violence, a period during which 55 police officers have been injured.

The bus driver whose double-decker was attacked and burned is “very shaken by the incident but is physically unhurt”, according to the public transport provider Translink.

Today is a chance for Stormont politicians to strike the right tone.

Words matter in politics, particularly in Northern Ireland right now where there are so many conflicting views and opinions that have led to an escalation of tensions.

The fact that executive ministers will meet on Thursday morning is a sign they recognise the escalation in disorder requires a united response.

But it is hard to know how they intend to manage this together when they have not been on the same page about why the violence has been happening.

It is hoped the assembly recall will present an opportunity to restore calm – privately some ministers say they fear now this has started it will be very difficult to stop.

The UK and Irish governments may seek to step up their efforts as well, given the calls for political leadership on all sides.

But with the political atmosphere so febrile, moving back from the brink could pose a real challenge.

All of the main political parties in Northern Ireland have criticised the disorder but they are divided over its causes.

It has been blamed on loyalist frustration about a decision not to prosecute people who attended the large-scale funeral of senior republican figure last summer, as well as concerns about the part of the Brexit deal directly relating to Northern Ireland.

Mrs Foster tweeted on Thursday morning that she had now spoken to Mr Byrne in the wake of the violence, as did Sinn Féin president Mary Lou McDonald.

The first minister had faced criticism for not speaking to the chief constable.

She said her thoughts were with the officers injured by the “unjustified and unjustifiable violence of recent days”.

Earlier, DUP MLA Mervyn Storey, who also sits on the Policing Board, said a meeting between the party and the chief constable would take place after an approach by Mr Byrne.

It is understood Mr Byrne will be briefing the Stormont executive on Thursday morning.

On Thursday the Stormont assembly is being recalled for politicians to consider a motion calling for an “immediate and complete end” to violence in loyalist areas.

The motion brought by Alliance Party asks assembly members to unequivocally condemn those involved and support the rule of law.

“Now is the time for the two governments and leaders on all sides to work together to defuse tensions and restore calm,” he wrote on social media.

Mr Johnson said: “The way to resolve differences is through dialogue, not violence or criminality.”

In recent days 10 people have been arrested as a result of rioting by gangs of people, some as young as 13.

Unionist leaders have attributed the violence to the decision not to prosecute Sinn Féin members attending the funeral of republican Bobby Storey in June 2020.

It was attended by 2,000 mourners – including Deputy First Minister Michelle O’Neill, the Sinn Féin vice-president – at a time when Covid-19 restrictions were in place.

Unionist leaders have also linked the violence to simmering loyalist tensions over the Irish Sea border imposed as a result of the UK-EU Brexit deal.

Mrs Foster described the violence as “an embarrassment to Northern Ireland”.

“These actions do not represent unionism or loyalism. They… only serve to take the focus off the real law breakers in Sinn Féin,” she posted on social media.

Sinn Féin, the SDLP, and the Alliance Party have accused unionist politicians of ramping up rhetoric in recent days by calling for Mr Byrne to stand down.

On Wednesday, Mrs Foster repeated her call for Mr Byrne to resign.

She said she had a duty to speak out about the PSNI’s failure to uphold Covid-19 rules at a number of republican funerals over the past year.

The first minister said: “If I meet the chief constable I will simply repeat what I said to him last Tuesday… when I said he had lost the confidence of the unionist community and he should resign.”

Mark Lindsay, the chairman of the Police Federation, which represents rank and file officers, said removing the chief constable “in the middle of a crisis” would not be helpful, although he said there were “serious issues that need to be addressed”.

“The police officers on the ground – to be honest it doesn’t have an awful lot of impact on them who their chief constable is – they take their direction from lower down the command chain,” he said.

“So it’s for politicians to decide and for the chief constable himself to decide.”

The assembly recall has the support of the five main Stormont parties and was proposed by Alliance Party leader and Justice Minister Naomi Long.

She hoped the motion would get the Stormont parties to “unite around a call for calm”.

She said she felt ill “listening to adults clapping, cheering, goading young children to put their lives at risk” during the violence.

“We need to step up to the plate as political representatives and talk about the political solutions to those problems as well as condemning the violence,” she said.

“I think everybody need to be very careful about the language they use because it does have consequences.”

Sinn Féin MLA John O’Dowd said there were tensions “across the board”.

“People are deeply worried and deeply concerned as to where this is heading,” he said.

SDLP leader and Foyle MP Colum Eastwood described the violent scenes, which have also occurred in loyalist areas of Londonderry in recent days, as disgusting.

“We need to tone down the rhetoric, we need to come together and discuss the problems,” he said.

“There clearly has been tensions building, I think frankly since Brexit.”

He said he would also be meeting Mr Byrne.

Did you witness the violence? Do you live in the area? Share your experiences by emailing haveyoursay@bbc.co.uk.