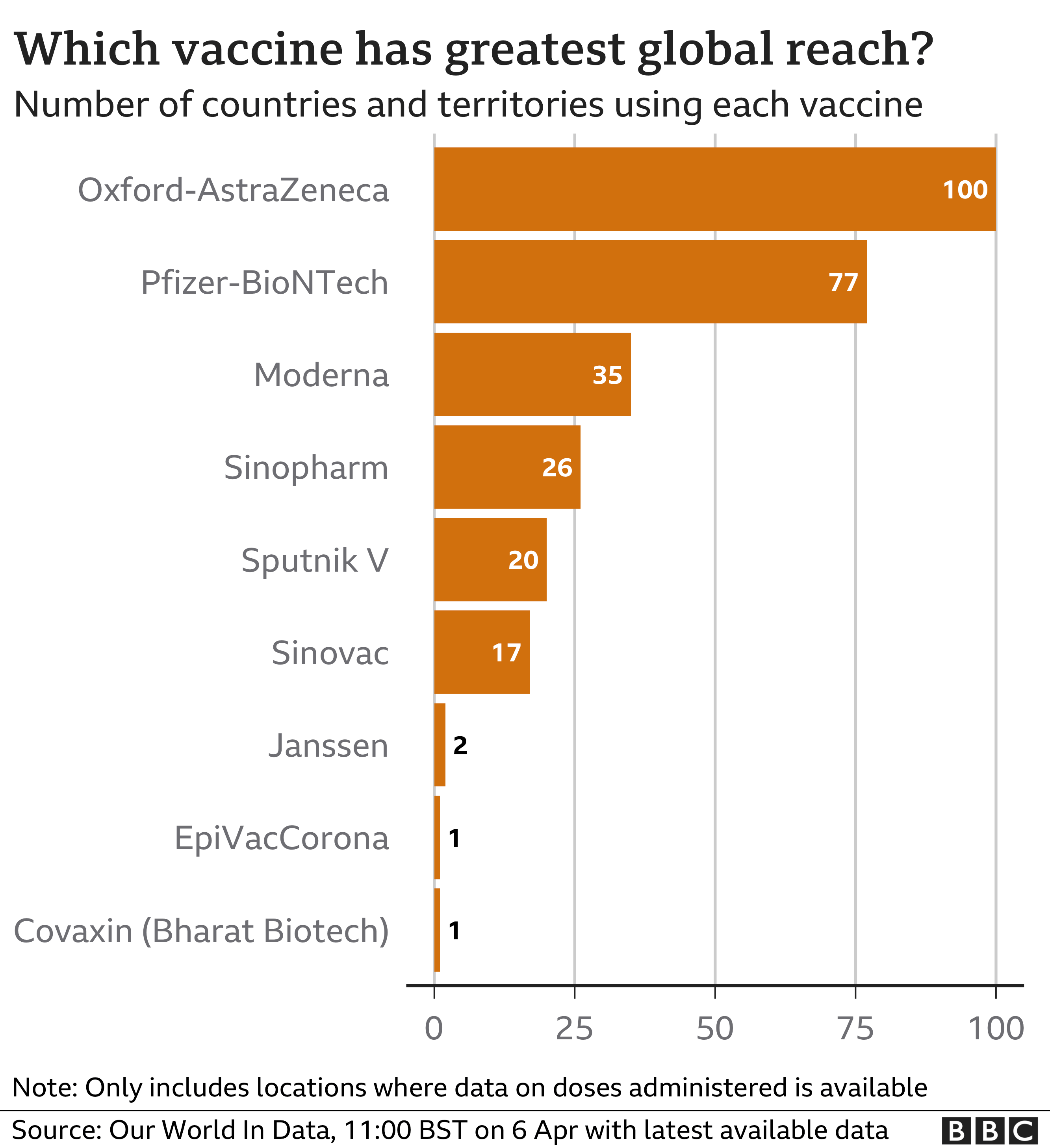 Vaccines against Covid-19 are being shipped out across the world as part of an international effort to tackle a pandemic that continues to wreak havoc globally.

The Covax scheme aims to ensure vaccines are shared fairly among all nations, rich and poor.

So far, more than 38 million doses of vaccine have been delivered to 98 countries.

The coronavirus pandemic has destroyed livelihoods and claimed the lives of more than two million people worldwide.

So far, richer countries have been able to buy far more Covid jabs than poorer ones.

Covax hopes to deliver more than two billion doses to people in 190 countries in less than a year.

In particular, it wants to ensure 92 poorer countries will receive access to vaccines at the same time as 98 wealthier countries.

The scheme is led by the World Health Organization (WHO) and also involves the Global Vaccine Alliance (Gavi) and the Coalition for Epidemic Preparedness Innovations (Cepi).

Who is funding Covax and which countries might benefit?

The UK government has provided $734m and the US pledged $4bn in December.

One of President Joe Biden’s first acts in office was to sign up the US to Covax.

The UK, which has ordered 400 million vaccine doses and will have many left over, has said it will donate most of its surplus vaccine supply to poorer countries.

France’s President Emmanuel Macron has said richer countries should send up to 5% of their current vaccine supplies to poorer nations.

Ghana was the first country to receive Covax vaccines in February. About 600,000 doses of a vaccine developed by AstraZeneca and Oxford University were delivered to the capital, Accra.

Since then, doses have been delivered to other low-income countries. Algeria, Malawi and Uganda in Africa, Afghanistan, Iran and Iraq in the Middle East, and Barbados, El Salvador and Nicaragua in the Americas are among the recipients.

Although most of the first doses available will be delivered to low- and middle-income countries, some will be sent to high-income countries such as Canada, which has defended its decision to draw on Covax’s early supply.

What vaccines is Covax using?

The WHO has approved the Oxford-AstraZeneca vaccine, giving it the green light for it to be rolled out globally through Covax.

In early March, Covax shipped its first Pfizer-BioNTech shots, with Rwanda among the first to receive a batch.

Health care workers, the elderly and the vulnerable are first in line to receive Covax jabs.

Have there been any issues with Covax’s rollout?

Some people say Covax has not moved quickly enough. One WHO board member, Austria’s Dr Clemens Martin Auer, said it had been slow to secure vaccine deals and deliver doses to countries.

And at the end of March, Gavi CEO Seth Berkley expressed disappointment about supply delays from a key manufacturer in India.

The Oxford-AstraZeneca vaccine is especially important because, according to the WHO, it accounts for more than 90% of the vaccines being distributed through Covax.

But recent reports of very rare blood clots in connection with the vaccine have prompted safety concerns.

Several countries involved in Covax have suspended use of the vaccine, citing possible side effects.

Despite this, regulators worldwide have said the benefits of using the vaccine still outweigh any risks.

The WHO’s advisory vaccine safety panel said although a blood clot link was “plausible”, it was “not confirmed” and the cases were “very rare” among 200 million people vaccinated with the Oxford-AstraZeneca jab globally.

How fair is the vaccine situation?

Vaccines produced in the UK, US, Europe, Russia and China are already being widely used, having been bought up and approved in countries around the world.

But doses are not shared equally between countries.

“Rich nations representing just 14% of the world’s population had bought up more than half (53%) of all the most promising vaccines,” a campaign group called The People’s Vaccine Alliance said in December.

Could Covax help end the pandemic?

Even if Covax’s target is met, it would still fall short of the level of immunity that experts say is needed to end the pandemic.

The WHO has suggested that stopping Covid-19 will require at least 70% of the global population to have immunity.

At a rate of two billion doses per year, it could take years to vaccinate 70% of the world’s estimated 7.8 billion people.

However, two billion doses would give some protection to those who are first in line, such as health workers, the elderly and the vulnerable.