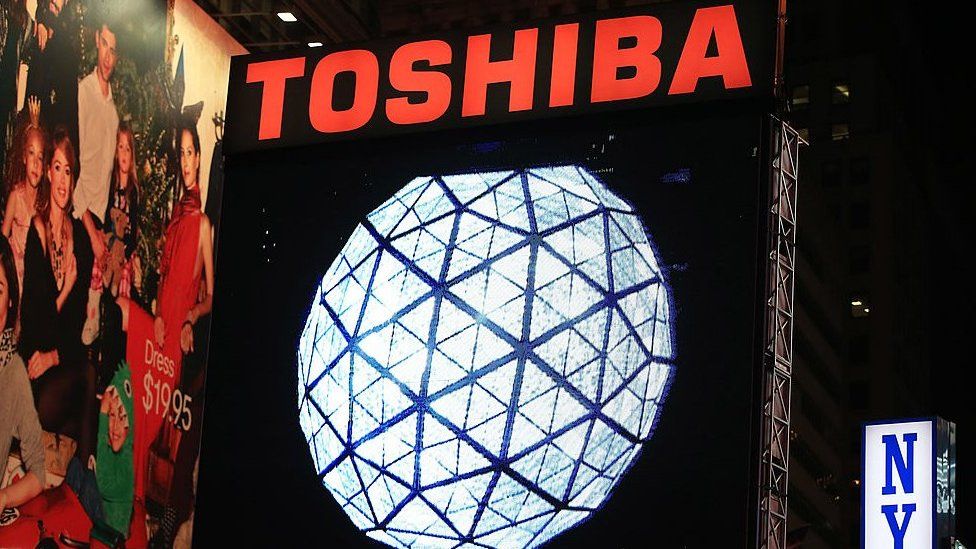 Japanese conglomerate Toshiba has received a buyout offer from a global private equity fund in a deal that could be worth about $20bn (£14.5bn).

The scandal-hit firm’s shares were temporarily halted on Tokyo’s stock exchange after it confirmed the bid by CVC Capital Partners.

If successful, it will allow Toshiba to focus on renewable energy and other core businesses, reports suggested.

Toshiba’s US-listed shares rocketed almost 20% after the bid was revealed.

The conglomerate has been at the centre of a number of scandals in recent years, including false accounting and huge losses linked to its US nuclear unit.

It was forced to sell its profit-making chip sector to make up for huge losses.

Toshiba’s chief executive and president Nobuaki Kurumatani confirmed the offer from CVC Capital Partners – his former employer – on Wednesday, adding that “we’ll discuss it in a board meeting.”

Toshiba is one of Japan’s oldest and largest firms whose business empire stretches from home electronics to nuclear power stations.

Its accounting scandal in 2015, in which it admitted overstating its profits for six years, shocked corporate Japan.

The firm was on the brink of bankruptcy and to avoid being delisted from the Tokyo Stock Exchange, had to sell its crown-jewel memory-chip business.

Toshiba’s shares were still demoted to the Tokyo Stock Exchange’s second tier in 2017 and only returned to the first section in January.

The company’s recovery took place under Nobuaki Kurumatani – the first outsider to lead the company in 50 years. He joined from CVC Capital Partners in 2018 and has worked to regain investor confidence.

The deal with CVC would rank among the top 20 largest leveraged buyouts in history but due to Toshiba’s involvement in nuclear power stations, it would require the Japanese government’s permission.

Toshiba was once synonymous with the global ascent of corporate Japan, but has since been forced to diversify into other areas.

Last year, the Japanese electronics giant sold its final stake in the personal computer maker Dynabook. This marked the end of its connection with making PCs or laptops.

Toshiba has been under pressure from large overseas shareholders for greater transparency and better governance.

CVC is looking to expand in Japan and has bought a low-cost skincare brand Shiseido’s lower-priced skincare and shampoo brands for $1.5bn.

It is also making big investments in rugby, paying £365m for a 14.3% stake in the Six Nations annual men’s rugby tournament.