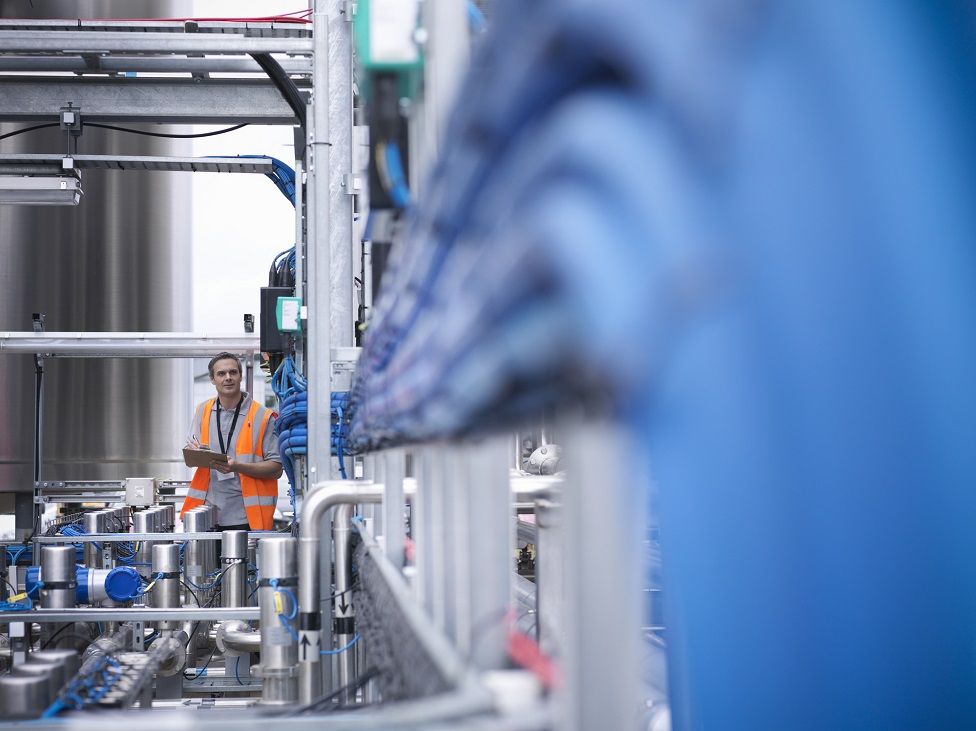 Scottish politicians should focus their attention on the transition to renewable energy if they are to raise the growth rate, a report has said.

A study of low growth in output and productivity has found economic policy lacks focus and can be too complex.

It forecasts Scotland is on course to see a widening gap with countries such as Norway, the scale of which compares to the entire global output of Google.

However, renewable energy is an area where there could be an advantage.

It says government could focus its industrial policy to supporting the renewable sector, though at a cost to other priorities.

The report, by the Oxford Economics consultancy, states: “It is not implausible to suggest that there are business opportunities that resemble those that generated Silicon Valley, several decades ago.”

The study says that tax policy – controlled at both Westminster and Holyrood – fails to encourage work, savings or investment.

It suggests major changes to the way the tax system is structured, using a broader range of taxes to spread the burden, saying “fundamental rather than piecemeal reform is needed”.

The report was commissioned from Oxford Economics by the foundation set up by Sir Tom Hunter, the Ayrshire-based entrepreneur and philanthropist.

He says the current election campaign features good ideas for spending more, but little focus on how to make more money.

His report is intended to stimulate more discussion of that, and to draw other leaders into the discussion – from business, politics and elsewhere.

The report highlights the lower level of economic output per head in Scotland compared with similar-sized Denmark (Scotland has 75% of its output) and Norway (68%).

New Zealand has output per head only slightly lower than Scotland, partly explained by its geographic isolation.

Singapore and Ireland are also held up unfavourably as comparisons, though they have significant differences that would be hard to repeat in Scotland.

What elections are happening? On 6 May, people across Scotland will vote to elect 129 Members of the Scottish Parliament (MSPs). The party that wins the most seats will form the Scottish government. Find out more here.

What powers does the Scottish Parliament have? MSPs pass laws on most aspects of day-to-day life in Scotland, such as health, education and transport. They also have control over some taxes and welfare benefits. Defence, foreign policy and immigration are decided by the UK Parliament.

How do I vote? Anyone who lives in Scotland and is registered to vote is eligible, so long as they are aged 16 or over on the day of the election. You can register to vote online.

It forecasts that Scotland is on course to see a widening income gap with these countries over the next 14 years, with the exception of Norway. The scale of the existing gap with Norway is comparable to the entire global output from Google.

To match Denmark and Norway for output per head, it is claimed Scotland would have to treble its recent productivity growth rate, to 3.5% per year, and to match Singapore, it would have to reach 6.5% per year.

The analysis of Scotland’s private sector finds several factors that have long been a concern, but which remain weaknesses for the economy:

Among its findings, it recommends more intensive government intervention. It also urges some deregulation where that can ease the burden for business, but says Scotland already has relatively light regulation.

It considers the case for further government borrowing to improve the chances for the economy to grow. It concludes that could be part of the solution while borrowing costs are low, but borrowing has its limits, and would likely cost more if Scotland were doing it alone.

Sir Tom Hunter said: “It is for everyone in Scotland, from governments, policy makers and businesses to help solve the problem of poor economic growth that Scotland has faced for too many years.

“The report tells us Scotland would need to make changes equivalent in their impact to creating a business comparable in size with Google’s total global output to bring its GDP per head up to the level of Norway’s.

“We need far more focus in our economic investments not only to make significantly better gains but also to understand what’s working and what’s not.

“But that is only half the picture. We need to embed innovation in health and education and poverty reduction to free up finance to invest in growing our economy.

“I hope the calls made in the report for more, and different, economic stimulation from governments, tax cuts and deregulation, and appropriate and targeted state interventions, for example in renewables, will be listened to and acted upon.

“I’m calling on governments, politicians of all parties, industry and interested parties to work together to pave the way for transformational measures that will give the Scottish economy the significant boost it needs.

Oxford Economics’ take on the Scottish economy makes awkward reading for many: the shortcomings and short-term focus of the private sector, as well as the poor results from government policies at Holyrood and Westminster.

Its most striking contribution to the election campaign is to ask fundamental questions about the purpose and roles of government in the economy, which are rarely opened up in Scotland’s current political debate.

The message is that something radical and ambitious is needed, but that doesn’t mean that we have to go haring off in only one direction, in pursuit of an over-simplified solution.

What it doesn’t consider is the radical option of pursuing goals other than conventional economic growth. There is no longer a political consensus around that, as some look to target improved wellbeing instead.

Inevitably, the report will be seen through the prism of the constitutional question. The report highlights the relative success of small independent nations, such as Denmark and Norway.

But even if this shows how a small, nimble nation can get on to a faster growth path, it does not prove that constitutional change is a necessary condition, and nor does it present that as a sure winner.

What matters to growth is what policy choices are made, in or out of the United Kingdom, and it is clear from this that they are neither simple nor easy.

The SNP said it agreed that “radical and ambitious” policies were needed to secure a green economic recovery.

“We have set out a National Infrastructure Mission, which will see capital investment increase dramatically in the coming years, as well as the Scottish National Investment Bank, to invest in growth businesses, increase support for business research and development, for entrepreneurs and to set out ambitious plans to transform Scotland’s tech sector,” the SNP’s Kate Forbes said.

But she said Scotland’s borrowing powers and ability to invest were restricted by Westminster and the SNP would continue to argue for independence.

The Scottish Conservatives have said they oppose any tax rises that damage growth and they want a “sector deal” for the North Sea oil and gas industry to help as the UK moves to a net zero economy.

An economic recovery plan has been outlined by Scottish Labour, which includes a national training fund guaranteeing job or training opportunities.

Meanwhile the Scottish Greens want to see investment in a “green economic recovery” to create 100,000 jobs in low-carbon industries like renewable energy.

And the Scottish Lib Dems say they will focus on helping small businesses grow and create more jobs in clean-tech and green energy.