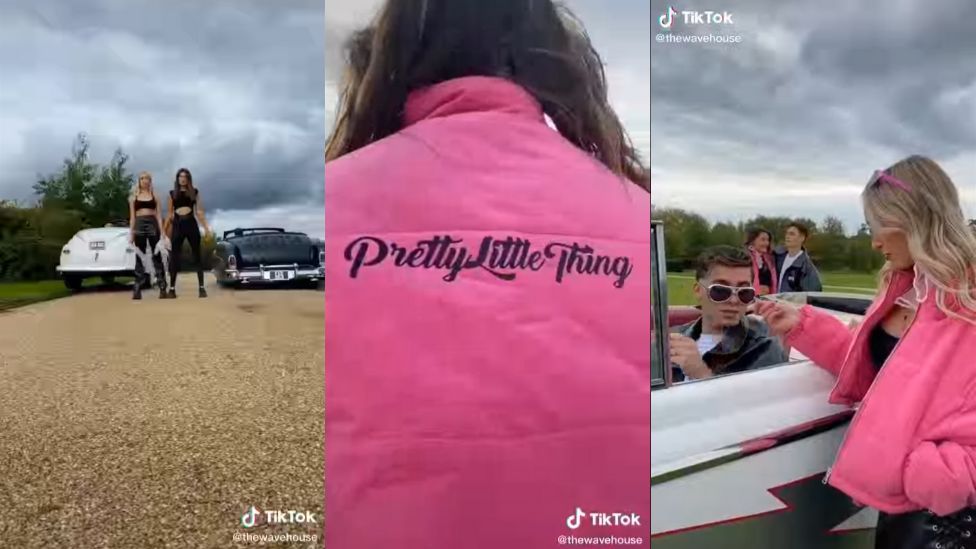 An advert for High Street clothing brand Pretty Little Thing, filmed by a TikTok creator house, has been banned by the Advertising Standards Authority.

The video was made by The Wave House, a collective of six social media influencers who live in a mansion together.

It failed to make clear the post was “a marketing communication”, the ASA said.

The Wave House told the ASA the ad was posted in error without the required label and was removed.

It did not respond to the BBC’s request for comment.

In the video, two women wear embroidered pink jackets which say “Pretty Little Thing”. The brand was also tagged in the post.

Two men are also in the video, posing in convertible cars and wearing leather jackets at the mansion.

“Who do you think won this race? @prettylittlething #grease #fyp,” the description said.

The regulator argued that the post should have contained the hashtag #ad or a similar disclaimer label.

Pretty Little Thing told the ASA their contractual agreement with The Wave House “expressly stated that all social media posts in connection with the agreement were obviously identifiable as an ad by using the #ad disclosure.”

“We considered that there was nothing in the content of the TikTok post… that made clear to consumers that it was an ad,” the ASA judgement said.

“We therefore concluded that the post was not obviously identifiable as a marketing communication and as such breached the code.”

The ad has been banned and any future advertisements must have identifiers such as #ad “clearly and prominently displayed,” it said.