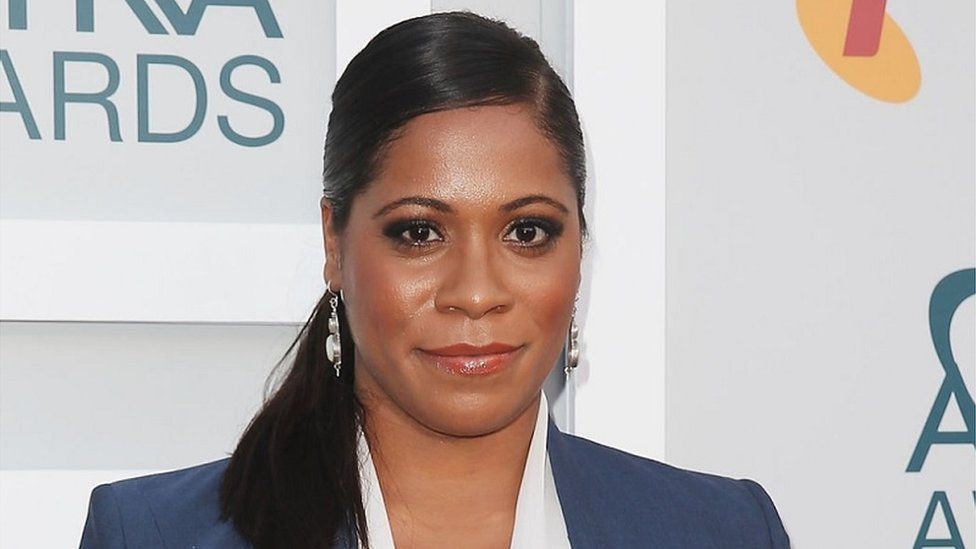 Two Aboriginal-Australian TV stars have alleged they witnessed racist incidents while working on the set of the popular soap opera Neighbours.

Shareena Clanton alleged “multiple racist traumas” during her time on the show in an Instagram post on Monday.

A day later, former Neighbours actor Meyne Wyatt said he too had experienced racism on set in a tweet.

The actors, both Australians of indigenous descent, said they heard other cast members use racist slurs.

“It’s been lonely, triggering and traumatising to work in such a culturally unsafe space,” wrote Ms Clanton, who has guest starred in yet-to-be-aired episodes of Neighbours.

In response to Ms Clanton’s allegations, the show’s producer, Fremantle Media, said it would do more to promote inclusion.

“Neighbours strives to be a platform for diversity and inclusion on-screen and off-screen,” a spokesperson for Fremantle Media told the BBC. “Our quest is always to continue to grow and develop in this area and we acknowledge that this is an evolving process.”

First broadcast in 1985, Neighbours follows the lives of the residents of Ramsay Street, in a fictional suburb of Melbourne, Victoria. The soap was a launch pad for numerous pop and Hollywood stars, including Kylie Minogue and Russell Crowe.

But the soap has been criticised for failing to reflect Australia’s ethnic diversity in its casting of actors.

Mr Wyatt was the first indigenous actor to be added to the main cast when he appeared on the show from 2014 to 2016.

A spokesperson for Channel 5, which airs the soap in the UK, said it “condemns racism and takes all allegations of discrimination seriously”.

What did the actors allege?

Best known for her role in Australian drama series Wentworth, Ms Clanton was hired to play a character named Sheila in upcoming episodes of Neighbours.

In her Instagram post, Ms Clanton said she was “navigating ongoing counselling” from her stint on what she called a “highly problematic show”.

She made her allegations in a list of seven bullet points, without naming any individuals. One alleged that “overt and covert levels of racism were rife” on set.

She cited several alleged examples of white actors using racist slurs, including two instances where she claimed the “n-word” was openly used.

She alleged that she was told to “go somewhere else” when she confronted an actor who had used the slur “because I was making others ‘uncomfortable'”.

“The retaliation for calling out this misconduct and racism often left me ostracised and further marginalised,” Ms Clanton wrote.

Mr Wyatt expressed similar sentiments in his posts on Twitter. He said he walked in on someone using a racist insult, “called it out and it didn’t happen around me again”.

Mr Wyatt said it was “disappointing but not at all surprising” to hear about Ms Clanton’s allegations five years after he had left the show.

I was a series regular on Neighbours between 2014 to 2016 and I experienced Racism on set. It involved the C word and I called it out and it didn’t happen around me again. Though I did walk in on this incident? so I have no doubt things were being said behind my back.

In its statement, Fremantle Media did not address Mr Wyatt’s remarks.

But the company said Ms Clanton’s involvement in Neighbours was “hugely educational and will benefit the series moving forward”.

“There have been significant and lengthy discussions with Shareena during her time on Neighbours and we will continue to work with all cast and crew to ensure Neighbours continues to be a fully inclusive environment,” a company spokesperson said.