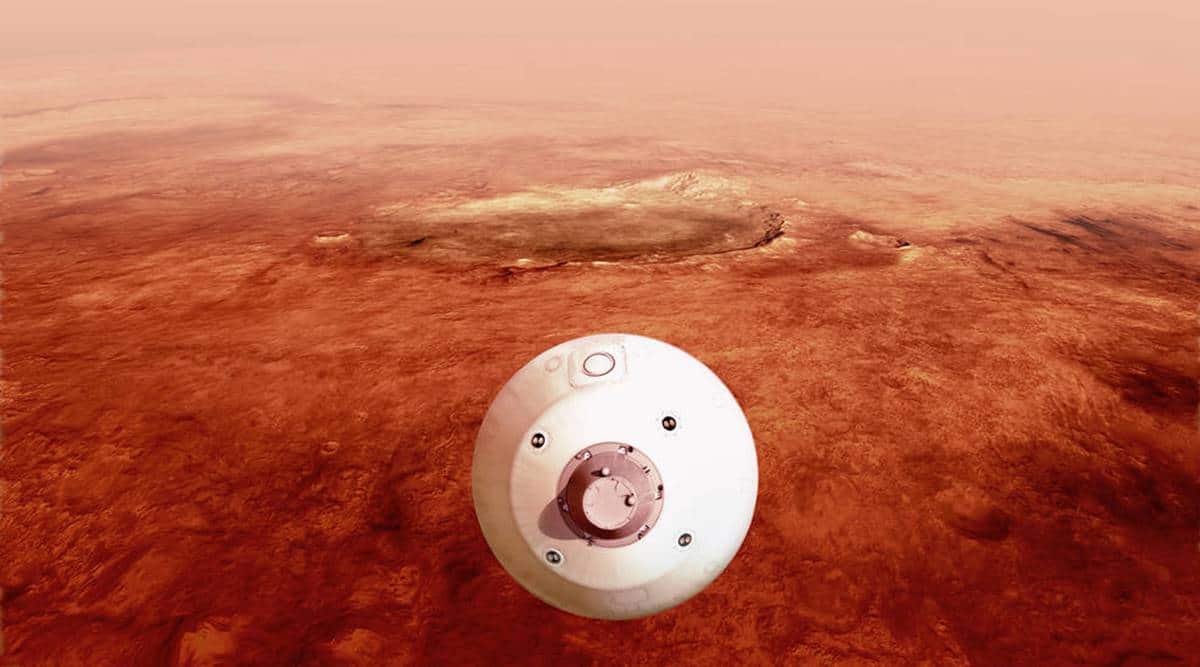 National Aeronautics and Space Administration’s (NASA) Mars 2020 Perseverance is set to land on Mars on Thursday after travelling for more than six and a half months through space. The spacecraft will be landing in the planet’s Jezero crater, as confirmed by engineers managing the mission from NASA’s Jet Propulsion Laboratory in Southern California.

The terrain of the Jezero crater makes it the most difficult landing on Mars as it has steep cliffs, sand dunes, and boulder fields. If the landing is successful, the team handling the mission will know it seven minutes after the touchdown. This period has also been called as “seven minutes of terror” by some engineers related to the mission.

The Perseverance rover will first get rid of the extra load and enter the top of the Martian atmosphere at 19,500 km per hour. It will also have NASA’s Ingenuity Mars Helicopter attached to it. The spacecraft will heat up to 1,300-degree Celsius before it is in a position to deploy the parachute. Despite high temperatures, the rover will remain safe as it is protected by an aeroshell keeping it at room temperature.

Nearly 20 seconds after the parachute is out, the bottom of the capsule will detach itself and then the rover will use its Terrain-Relative Navigation technology to find a spot for a safe landing. Once the landing site is identified, the rover will get rid of the parachute and use retrorockets to fly to it. Finally, the rover will descent at a speed as slow as 2.7 km per hour and then get lowered to the ground.

There is very little mission control can do to help the Perseverance rover land as it will be using pre-planned landing instructions. The rover will spend up to 687 days on Mars collecting samples and studying the Jezero crater, which will help to uncover the history of the crater. It will also be sending photos of the planet. On the other hand, the Ingenuity Mars helicopter will collect samples from places where the rover cannot reach.