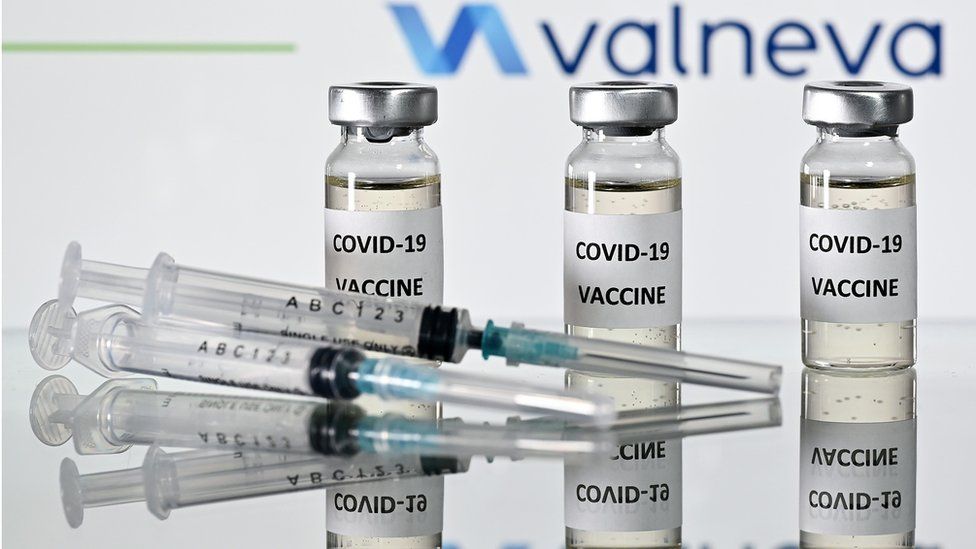 A Covid vaccine being manufactured in Scotland has reported a 90% immune response in early trials.

Biotech company Valneva tested its vaccine on 153 people and concluded it was safe and generally well tolerated.

The company will move to phase three by testing up to 5,000 people, some of whom will be recruited in Scotland.

Valneva, which manufactures its Covid vaccine at a plant in Livingston, said the results of their phase one/two study showed the vaccine was “highly immunogenic with more than 90% of all study participants developing significant levels of antibodies” to the Covid virus spike protein.

Those who received a medium dose of the vaccine showed an 89.8% immune response, while people given a high dose showed a 100% response.

The vaccine also induced T-cell responses, which help the body fend off a virus and play a role in long-lasting immunity.

No safety concerns were identified by an independent data safety monitoring board.

Valneva’s chief financial officer David Lawrence told the BBC’s Good Morning Scotland programme that the results were a “major milestone” and that the company had started commercial production.

He said: “I think it’s down to the design of the vaccine that we’ve made – we’re following a very tried and tested technology.

“Now that we’ve got our production up and running we can tweak the production process to put in a different variant – we started working with the original Wuhan strain, but we can put in a South African strain.

“All of the trials we’re doing should remind people its important for people to volunteer and participate in clinical trials.”

He said: “This vaccine will be made onshore in Livingston in Scotland, giving another boost to British life science, and if approved will play an important role in protecting our communities.

“I look forward to seeing the results of the upcoming phase three trial.”

It comes as the UK’s medicines regulator launched an investigation into a possible link with the Oxford/AstraZeneca vaccine and rare blood clots in adults.

It is expected to give an update on Wednesday along with the European medicines regulator.

In the UK, 30 people have developed the clots – and seven have died as a result – out of 18 million people who have received the Oxford/AstraZeneca vaccine.

On Tuesday, the trial of the Oxford vaccine on children was paused as a precaution. Prof Andrew Pollard from the University of Oxford told the BBC there were no safety concerns with the trial itself, but its scientists were waiting for further information.

Meanwhile the UK has begun the rollout of its third coronavirus vaccine, the Moderna jab, in Wales.

It has not been confirmed when the rest of the UK will start using the jab, but Scotland received its first batch on Monday.