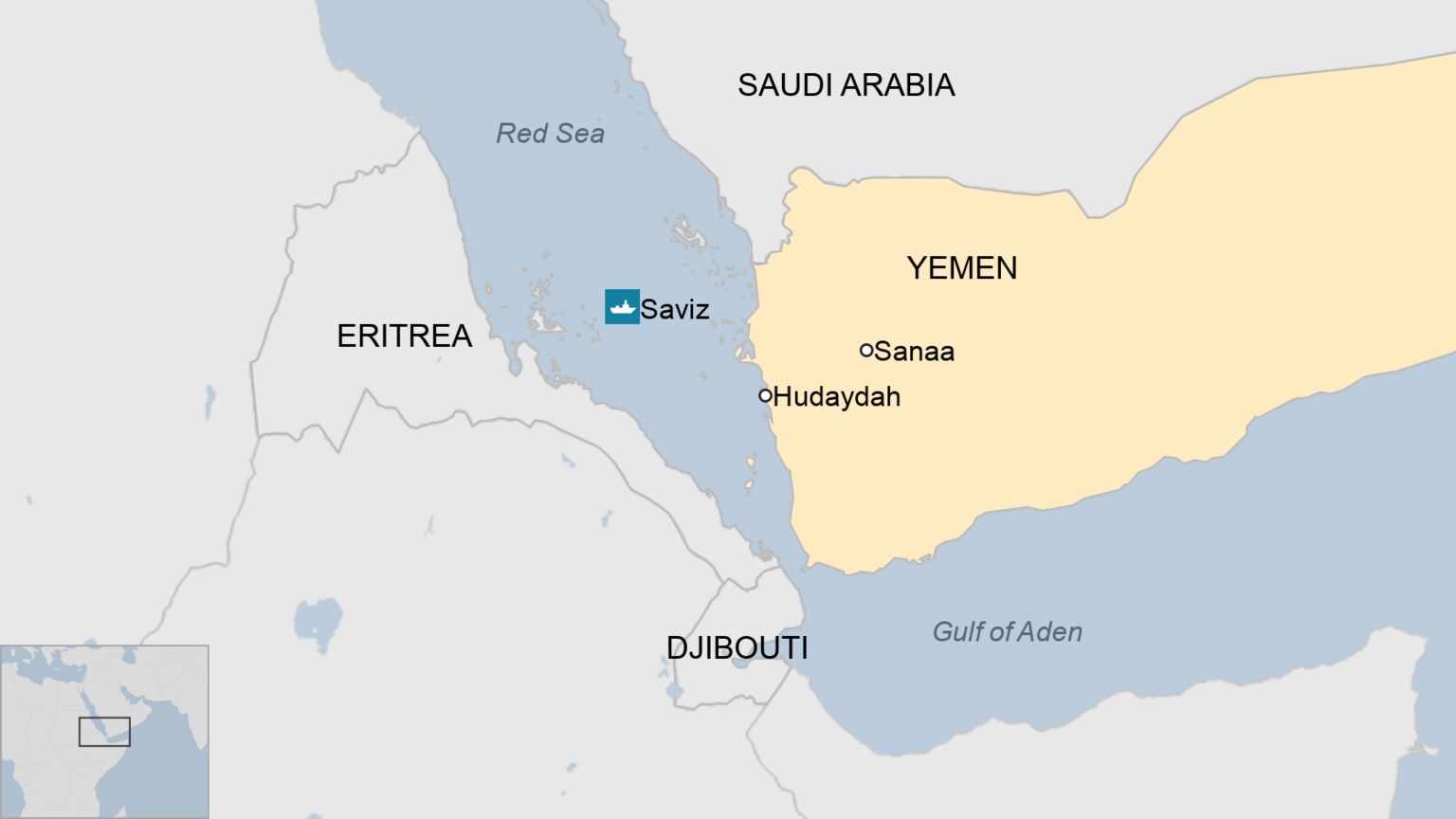 An explosion has damaged an Iranian cargo ship anchored off Yemen’s Red Sea coast that is allegedly used by the Revolutionary Guards for spying, Iran’s foreign ministry has confirmed.

The blast that targeted the Saviz on Tuesday caused no casualties and was under investigation, a spokesman said.

“The vessel was a civilian ship stationed there to secure the region against pirates,” he added.

The New York Times reported that Israel had told the US it attacked the Saviz.

Israeli officials did not comment, but it is the latest in a series of attacks on Israeli- and Iranian-owned ships, for which the arch-foes blame each other.

“Technical investigations about the incident and its cause are going on, and our country will take all necessary measures about it through international organisations,” he added.

Mr Khatibzadeh said the Saviz was a “non-military ship”, which was helping to “provide security along shipping lines and combat pirates”.

“The ship was practically operating as Iran’s logistical station… in the Red Sea, thus the ship’s information and mission had been already announced to [the International Maritime Organization] officially.”

Iran’s semi-official Tasnim news agency cited unnamed sources as saying the explosion was caused by “limpet mines attached to the hull of the ship”.

The US military’s Central Command said in a statement that “no US forces were involved in the incident”.

The official said the Saviz was damaged below the water line and that Israel had struck in “retaliation for earlier Iranian strikes on Israeli vessels”.

Israeli Defence Minister Benny Gantz declined to comment on the report on Wednesday, but was quoted by the Maariv newspaper as saying: “We have offensive systems operating 24/7, 365 days a year and they are ready to go into action in any arena and over any distance.”

On Tuesday, Prime Minister Benjamin Netanyahu told his Likud party that Israel “must continue to fend off Iranian belligerence in our region”.

“This threat is no theoretical matter,” he said. “We must take action in the face of the fanatical regime in Iran, which simply threatens to wipe us off the face of the earth.”

Several ships have been damaged recently in alleged Israeli-Iranian skirmishes.

Mr Netanyahu blamed Iran for an explosion that tore holes in the hull of an Israeli-owned vehicle carrier in the Gulf of Oman on 26 February – an allegation Iran’s government denied.

Iranian state media, meanwhile, reported that Israel was suspected of being behind a blast that caused a fire on an Iranian container ship in the Mediterranean Sea on 10 March.

And on 25 March, an Israeli cargo ship was hit by a missile in the Arabian Sea in another suspected Iranian attack, Israeli security officials said.

The Saviz – which is owned by Iran’s national maritime carrier, Islamic Republic of Iran Shipping Lines (IRISL) – entered the southern end of the Red Sea in late 2016 and has been anchored in international waters near the strategic Bab al-Mandab Strait for the past three-and-a-half years.

The 29km-wide (18-mile) strait connects the Suez Canal and the Red Sea to the Gulf of Aden and the Arabian Sea. Ships carrying an estimated six million of barrels of crude oil and petroleum products and millions of tonnes of cargo pass through it every day.

The Saudi-led coalition fighting in Yemen’s civil war alleged in 2018 that the Saviz was actually an Iranian military ship being used to spy on vessels and as “the key command centre” for co-ordinating attacks in the Red Sea by the Iran-aligned rebel Houthi movement.

The coalition said the vessel also provided logistical support and carried large amounts of military equipment for the Houthis.

Photos circulated by the coalition showed what it said was advanced communication and radar equipment, machine-guns, several speedboats and men dressed in camouflage uniforms.

Iran has consistently denied arming the Houthis. The rebels also reject allegations that they have attacked commercial ships in the Red Sea.

The US imposed sanctions on IRISL last year for allegedly transporting items intended for Iran’s ballistic missile and military programmes.