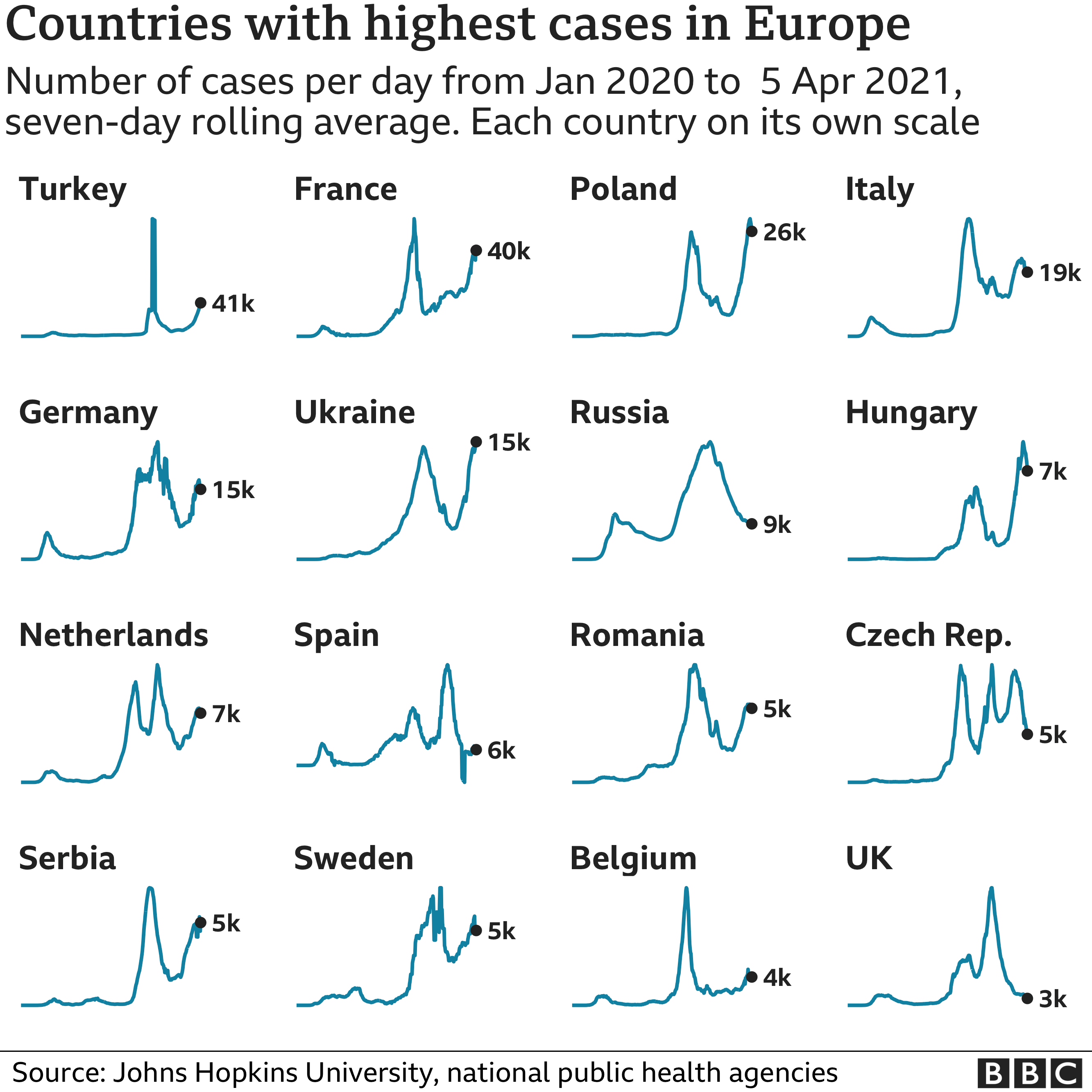 The EU’s medicines regulator says unusual blood clots should be listed as a very rare side effect of the AstraZeneca vaccine for Covid-19.

After a study looking at 86 such cases in the EU, the European Medicines Agency (EMA) concluded the benefits of the vaccine outweighed the risk.

There was no definite causal link, and although most cases were in women under 60, they also occurred in men.

The EU has vaccinated more than 20 million people.

Separately, the UK’s vaccine advisory body said that under-30s there were to be offered an alternative jab to AstraZeneca due to the blood clots issue. Some 79 people had suffered rare blood clots after vaccination by the end of March in the UK – 19 of whom had died.

And the World Health Organisation’s advisory vaccine safety panel said on Wednesday that although a blood clot link was “plausible” it was “not confirmed” and the cases were “very rare” among 200 million people vaccinated with AstraZeneca globally.

More than 132 million Covid-19 infections have been recorded across the world, along with more than 2.8 million deaths, according to Johns Hopkins University research.

What did the EMA find?

There were two main elements to its report – the link with blood clots and how this could affect vaccination programmes.

The EMA had concluded there was a “possibility of very rare cases of blood clots combined with low levels of blood platelets occurring within two weeks of vaccination” with the AstraZeneca jab.

But EMA executive director Emer Cooke said there was no available evidence of “specific risk factors such as age, gender, or previous medical history of clotting disorders”.

On the safety side, she said: “Our safety committee… has confirmed that the benefits of the AstraZeneca vaccine in preventing Covid-19 overall outweigh the risks of side effects.”

Ms Cooke added: “This vaccine has proven to be highly effective – it prevents severe disease and hospitalisation, and it is saving lives.”

AstraZeneca has said its studies have found no causal link with blood clots.

Ms Cooke said that one “plausible explanation for these rare side effects is an immune response to the vaccine”.

The condition is similar to one seen in people who have been treated with the drug heparin, a blood thinner used to prevent the formation of clots.

In some cases there has been a potentially dangerous immune-driven adverse reaction to the drug, leading to a condition called heparin-induced thrombocytopenia, or HIT.

What action could the EU now take?

EU health ministers are holding a virtual meeting to discuss the findings.

Although the EMA evaluates and supervises medicine use for all of the EU, including drug approval, this does not mean there has been unity on tackling Covid-19.

Countries within the bloc have diverged widely on vaccination campaigns and on the use of the AstraZeneca jab.

In France, it is now recommended that AstraZeneca vaccinations should be given only to those aged 55 or over. In Germany it is over 60, plus high-priority groups. Norway, not an EU member, and Denmark have a full suspension.

Germany says its under-60s who have received an AstraZeneca first dose should now get a different vaccine for their second.

Studies are still being done on the effectiveness of mixed vaccines.

The EU has ordered 400 million doses of the Oxford-AstraZeneca vaccine but has been locked in a dispute over supply, saying AstraZeneca has not met its obligations.

Nevertheless, some EU nations have not used the AstraZeneca vaccines that have been supplied, with a drop in public confidence being blamed.