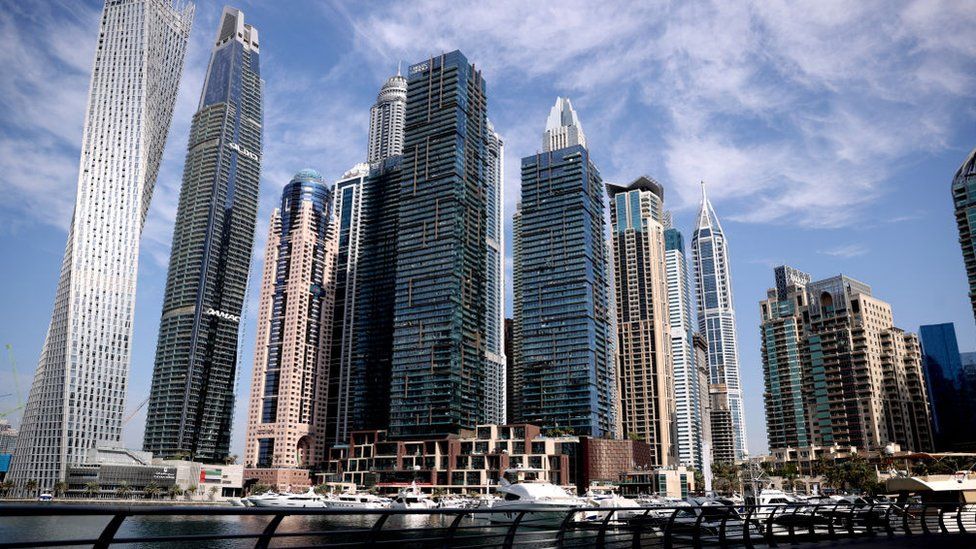 A group arrested in Dubai following a nude photoshoot on a balcony are set to be deported, authorities confirmed.

At least 12 Ukrainian women and a Russian man were detained after a video posted to social media showed a group posing nude in Dubai’s Marina area.

They were accused of public debauchery, which carries a sentence of up to six months in prison and a 5,000 dirham fine (£981).

Despite being a popular tourist hotspot, Dubai has strict laws.

Any person who lives in or visits the UAE is subject to its laws: there are no exceptions for tourists.

More than a dozen women and a photographer were pictured on the balcony. The nationalities of the others involved has not been confirmed.

Police said the photoshoot did not “reflect the values and ethics of Emirati society”.

Dubai’s media office confirmed that the group will be deported.

“The public prosecution office has completed investigations on a recently publicised photo shoot, which contravened UAE law. The individuals involved will be deported from the United Arab Emirates. No further comment shall be made on the matter,” a tweet from Dubai’s media office said.

Rapid deportation is rare in Dubai, AP news agency notes. Cases such as these usually go to trial or are settled under adjudication before eventual deportation.

The stunt came just days before the Muslim holy month of Ramadan begins.

It isn’t the first time foreigners have been arrested while in Dubai.

In 2017, a British woman was sentenced to one year in prison for having consensual sex with a man she wasn’t married to. The relationship came to light when the woman reported him to the authorities for sending her threatening messages.