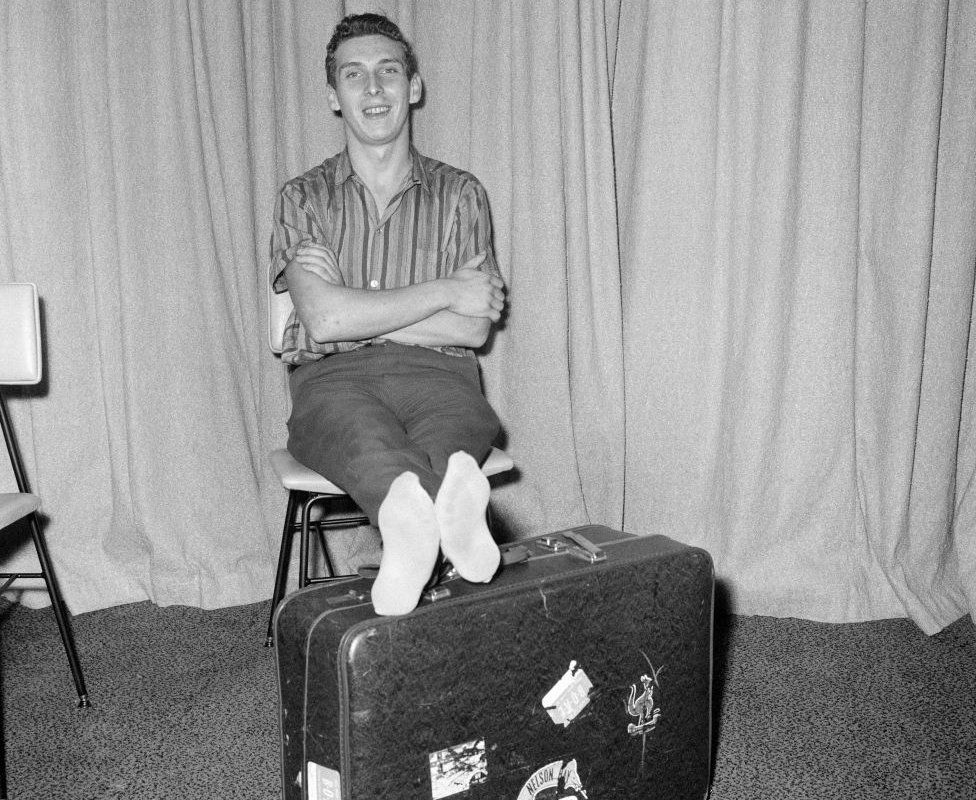 Are you Irish, were you in Australia in 1965 and did you happen to help a homesick Welshman airmail himself home in a wooden box?

Brian Robson wants to contact Paul and John – he can’t remember their surnames – who helped him get out of Oz.

Brian, from Cardiff, was 19 years old when his two friends helped nail him into a crate so that he could mail himself from Melbourne to London.

He couldn’t afford the air fare but he was desperate to get home.

The journey proved much more hazardous than he had imagined and almost spelled the end of his life. But he lived to tell an incredible tale.

As a teenager, Brian had taken a job with Victorian Railways on an assisted immigration programme in Australia, but he was deeply unhappy.

He couldn’t just buy a ticket home – he had committed to spending two years in the country.

His travel costs had been paid for by the Australian government and he said he would have had to pay about £800 to reimburse them and fund his way home.

That is when he came up with the idea of sending himself home as air freight.

Two Irish men, Paul and John, also worked for the company and were good friends. He remembers that they went to school together back in Ireland but he does not remember where.

Back then, they all saw each other often and became close.

Brian needed their help because Paul had access to a typewriter to do the paperwork to send him as freight.

At first, they thought he was completely mad. It took a week to persuade them to help.

“John was with me all the way, but Paul did not want to do it at all,” he said.

The friends agreed that he would keep them out of the story or any publicity in case it led to trouble for them.

They helped him into the wooden crate that was the size of a small fridge – he brought pillows, a torch, his suitcase and two bottles – one for water, one for urine.

He couldn’t stretch his legs and couldn’t turn around.

The journey proved more difficult and dangerous than he could ever have imagined.

He was meant to fly direct to London but freight was diverted on a much slower route via Los Angeles.

When the plane landed first in Sydney, he was left in his box standing on his head for 22 hours in excruciating pain and suffering blackouts.

But he did not give up. Back in the air again, he was on his way – just not directly to the United Kingdom.

‘There’s a body in there’

“I was in the crate for five days and ended up in a freight shed. I thought I was in London,” he said.

“I could move my hand to get to my torch but my fingers were very stiff so I dropped the torch.

“I heard voices saying: ‘What’s going on there?’

“That’s when I realised two men were not speaking with English accents, they had American accents.

“One of them looked through a hole in a wood knot in the chest and we caught each other eye to eye.

“He jumped back a mile and said: ‘There’s a body in there.’

“Then they both ran off. An hour later, all hell broke loose. FBI, CIA, airport security, an ambulance.”

Over the course of his journey, he had become frozen rigid in his wooden box.

Brian was taken to hospital where he slowly recovered the use of his limbs.

The Americans did not press charges. Instead, the stowaway was sent home to London on a plane – this time in the cabin.

He went on to enjoy his life, a family and a career and now, aged 76, he has written a book about his big adventure – The Crate Escape – to be published at the end of the month.

“It was stupidity. If my kids tried it, I would kill them,” he said. “But it was a different time.”

Now he would just like to meet up with his Irish friends again.

He did write from Wales on his return from his big adventure, but heard nothing back.

“If I met them again, I’d just like to say that I’m sorry I got them into this and that I missed them when I came back,” he said.