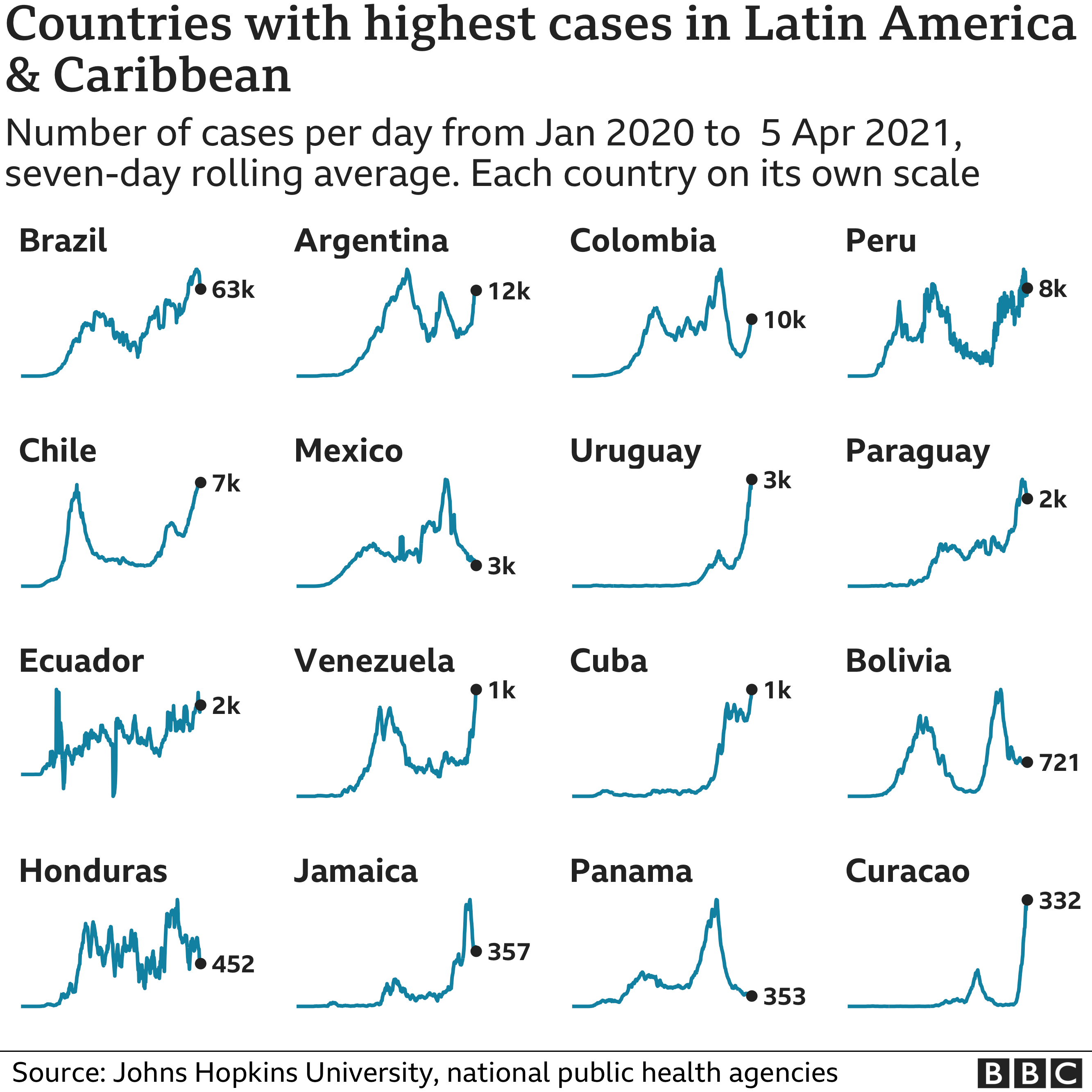 Brazil has recorded more than 4,000 Covid-related deaths in 24 hours for the first time, as a more contagious variant fuels a huge surge in cases.

But President Jair Bolsonaro continues to oppose any lockdown measures to curb the outbreak.

He argues that the damage to the economy would be worse than the effects of the virus itself, and has tried to revert some of the restrictions imposed by local authorities in the courts.

Speaking to supporters outside the presidential residence on Tuesday, he criticised quarantine measures claiming they were linked to obesity and depression and led to unemployment. He did not comment on the 4,195 deaths recorded in the past 24 hours.

To date, Brazil has recorded more than 13 million cases of coronavirus, according to the health ministry. Some 66,570 people died of Covid-19 in March, more than double the previous monthly record.

What is the situation in the country?

In most states, patients with Covid-19 are using more than 90% of intensive care unit beds though numbers have been stable since the past week, according to the health institute Fiocruz (in Portuguese).

Several states have reported short supplies of oxygen and sedative. But despite the critical situation, some cities and states are already easing measures limiting the movement of people.

“Mayors and governors are politically prohibited from beefing up social distancing policies because they know supporters of the president, including business leaders, will sabotage it,” he said.

The far-right president, who repeatedly played down the virus, raised doubts about vaccines and defended unproven drugs as treatment, has seen his popularity plummet amid criticism of his handling of the crisis.

He has shifted his tone on immunisations recently, pledging to make 2021 the year of vaccinations. But the government has struggled with the rollout of its programme.

Critics say his government was slow in negotiating supplies amid a worldwide run, leaving Brazil facing delays in receiving jabs. Only around 8% of the population has received at least one dose, according to the Our World in Data tracker.

Epidemiologist Ethel Maciel said the country was in a “dreadful situation”, telling AFP news agency: “At the rate we’re vaccinating… the only way to slow the extremely fast spread of the virus is an effective lockdown for at least 20 days.”

Fiocruz says it has detected 92 variants of coronavirus in the country, including the P.1, or Brazil, variant, which has become a cause for concern because it is thought to be much more contagious than the original strain.

The variant is thought to have emerged in Amazonas state in November 2020, spreading quickly in the state capital Manaus, where it accounted for 73% of cases by January 2021, according to figures analysed by researchers in Brazil.