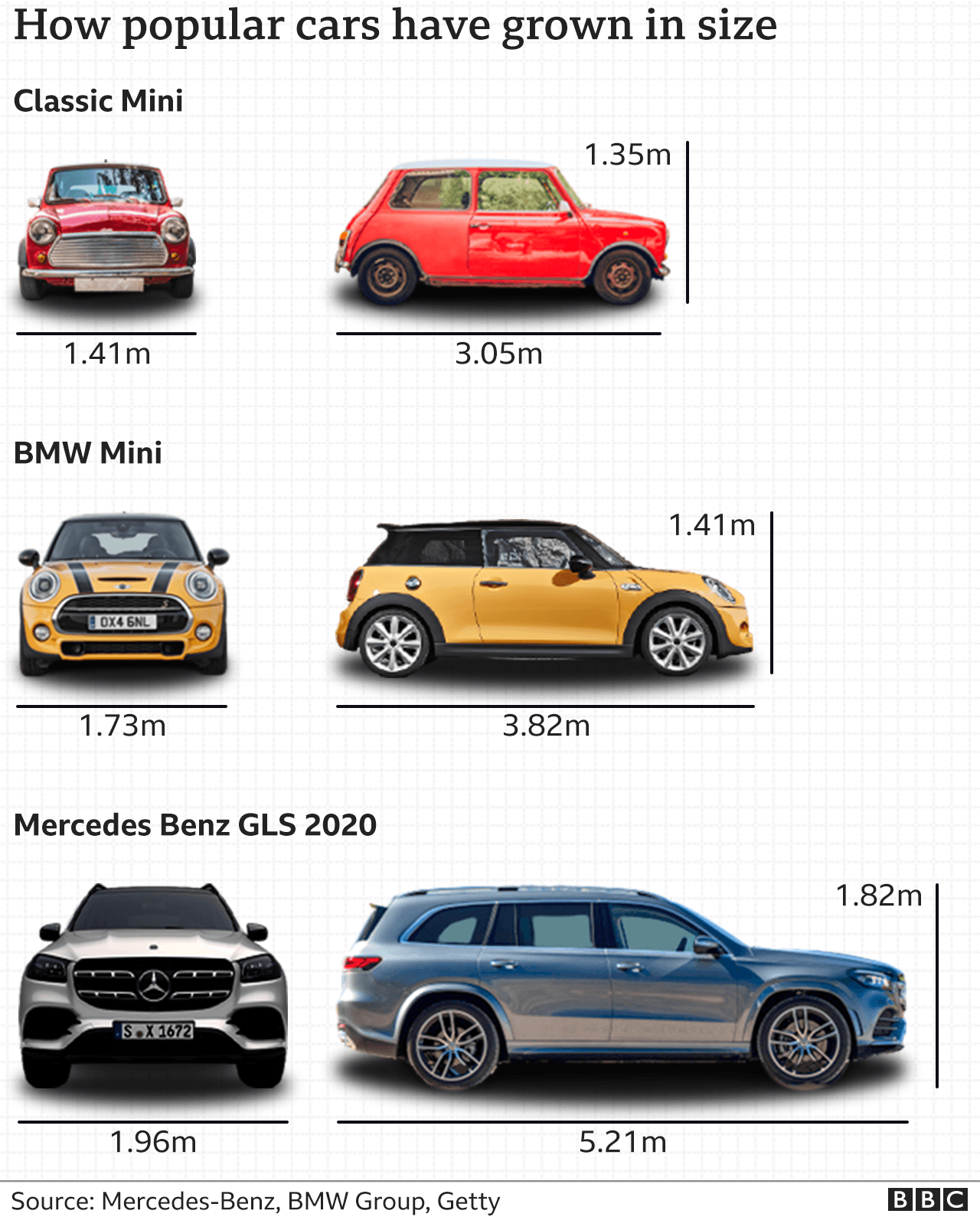 Drivers in crowded cities should think twice before buying a big SUV, says the head of a motoring organisation.

Steve Gooding, from the RAC Foundation, said: “We should all choose the right vehicle for the right trip to cut the size of our carbon footprint.

“It is right to question if suburban drivers need a car capable of ploughing over rivers, across fields and up steep hills just to pop to the shops.”

His comments come as research confirms most SUVs are bought by urban drivers.

It shows that large SUVs – often known as Chelsea tractors – are indeed most prevalent in places such as Chelsea. They face complaints from other road users – especially during the school run.

The report from the think-tank New Weather Institute said: “The numbers stand up long-held suspicions that these vehicles ostensibly designed for off-road are actually marketed successfully to urban users where their big size and higher pollution levels are a worse problem.”

The report says areas where SUV owners dominate are also the places where road space is most scarce, and where the highest proportion of cars are parked on the street. It says many large SUVs are too big for a standard UK parking space.

Andrew Simms, from the New Weather Institute, said: “It turns out that the home of the ‘Chelsea tractor’ really is Chelsea. One of advertising’s biggest manipulations has persuaded urban families that it’s perfectly ‘normal’ to go shopping in a two-tonne truck.

“But the human health and climate damage done by SUVs is huge and needs to be undone. Just as tobacco advertising was successfully ended, it’s time to stop promoting polluting SUV’s.”

The UK Citizens’ Assembly on climate change has supported restrictions on SUVs. But motoring organisations said the analysis was too simplistic.

While Mr Gooding supported the principle of making appropriate choices of vehicles, he told the BBC it was wrong to protest against medium sized cars that look like SUVs but don’t clog the streets and are economical to run.

“The term SUV has become so broad as to be unhelpful,” he said. “(Some) motorists might just be seeking the comfort and convenience of relatively tall but still modestly-sized cars that come with the SUV badge but are economical to run.

“The popularity of the SUV body-style looks like it’s going to be with us for some time as some auto companies have already released fully electric versions with more to come later this year.”

Edmund King, from the AA, told the BBC: “Talk of banning the advertising of SUVs is a naïve approach. Some of the cleanest cars come in the SUV shape but are all electric such as the Jaguar I-Pace, Tesla Model X or Hyundai Kona.

“The auto industry is developing a wide range of cleaner, greener vehicles with some of the best in SUV styles,” he said. “Not all SUVs are large. Small SUVs are among the most popular cars on sale, because they usually offer the high-set driving position, practicality, safety and looks of more traditional off-roaders, but without the high price, running costs or emissions.”

He added: “Cars like the Nissan Juke are often the family car of choice in suburban areas.”

The report says advertisers have misled consumers by pushing messages around SUVs such as ‘get back to nature’ and ‘help the environment’.

The authors have written to the advertising agency Spark44, which runs multiple SUV campaigns, asking them to outline how they plan to meet the UK government’s climate change targets.

The agency says it can’t supply a response because it hasn’t had long enough to consider the report properly.

A study by the International Energy Agency said increasing demand for SUVs is the second biggest contributor to the growth in carbon emissions.

Annual emissions from SUVs rose to more than 700 megatonnes of CO2, and if SUV drivers were a country, they would be the seventh in the world for carbon emissions.