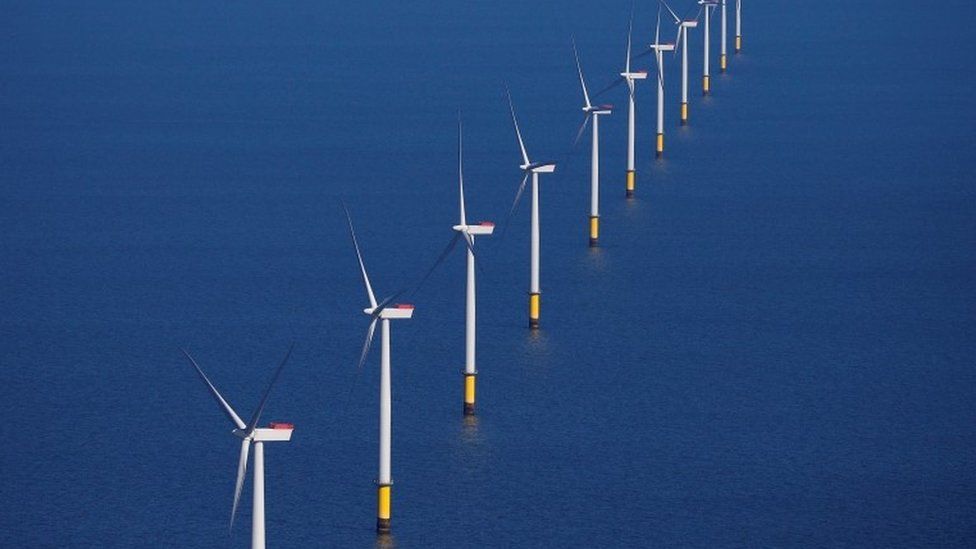 Great Britain’s electricity system was the greenest it had ever been at lunchtime on Easter Bank Holiday Monday, its operator has said.

It meant zero-carbon power sources made up almost 80% of Britain’s power.

There was no coal generation on the grid and just 10% of power was from gas plants, the operator added.

The National Grid Electricity System Operator (ESO) said levels of carbon pollution per unit of electricity consumed dropped to just 39 grams of carbon dioxide – the lowest ever recorded for the grid – at 13:00 BST on Monday.

By comparison, on Tuesday, 24.8% of Britain’s energy came from fossil fuels, most of which was gas (combined cycle), while 45.2% was renewable energy sources.

Fintan Slye, director at National Grid ESO, said: “This latest record is another example of how the grid continues to transform at an astonishing rate as we move away from fossil fuel generation and harness the growth of renewable power sources.

“It’s an exciting time, and the progress we’re seeing with these records underlines the significant strides we’re taking towards our ambition of being able to operate the system carbon free by 2025.”

It comes ahead of COP26, a UN international climate change summit, due to be held in Glasgow this November.

Kate Blagojevic, head of climate at Greenpeace UK, praised the progress on taking fossil fuels out of the energy mix, but added that it was “no time for the UK government to rest on its laurels”.

“Carbon emissions from our homes, farms and roads remain stubbornly high, and only a major government intervention can unblock the impasse,” she said.

“As the Glasgow climate summit looms closer, ministers really need to up their game on tackling UK carbon emissions right across the board.”