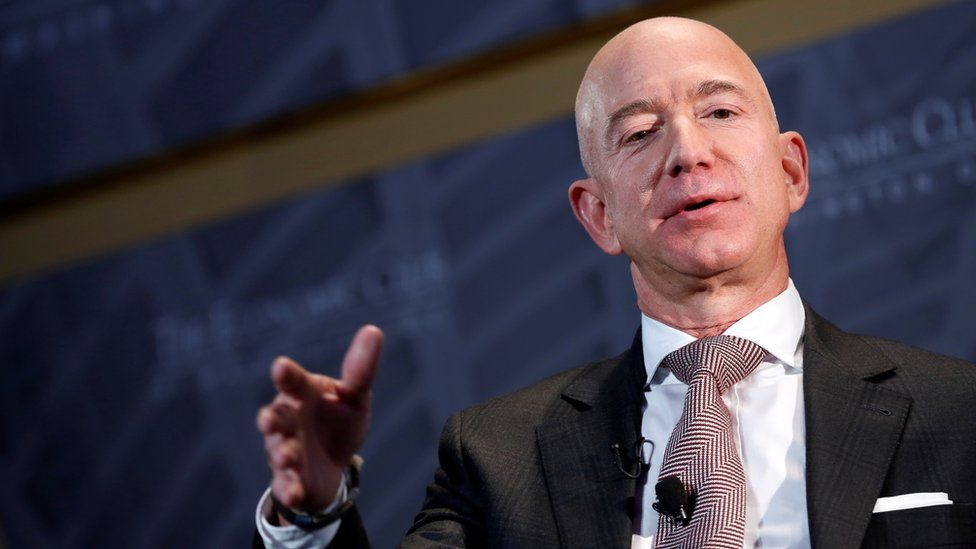 Amazon boss Jeff Bezos has said he supports raising taxes on US companies.

The comments by the world’s richest man come as US President Joe Biden is pushing to raise the corporate rate from 21% to 28%.

The rise would help pay for a massive spending plan to upgrade America’s roads, ports, water pipes and internet.

In his speech unveiling the proposal, Mr Biden singled out Amazon as an example of a company that pays too little.

The statement by Mr Bezos said Amazon supported Mr Biden’s “focus on infrastructure” and called on Democrats and Republicans to “work together” and reach a compromise.

“We recognize this investment will require concessions from all sides – both on the specifics of what’s included as well as how it gets paid for (we’re supportive of a rise in the corporate tax rate),” Mr Bezos said in the statement.

“We look forward to Congress and the Administration coming together to find the right, balanced solution that maintains or enhances U.S. competitiveness.”

Amazon’s position sets it apart from that of Republicans and top business lobbies, which have already spoken out against the tax increases, which they claim would hurt economic growth.

In his statement, Mr Bezos did not say whether Amazon would support the White House’s other tax proposals beyond the increase to the corporate rate.

Those are aimed at capturing more tax from profits earned by US companies overseas, including by working with other countries to establish a global minimum tax.

Analysts say changes to those rules are likely to stir stronger opposition from businesses than the rise in the corporate rate, which many companies do not face, thanks to deductions and other credits.

In 2020, Amazon paid an effective federal income tax rate of 9.4%, according to the Institute on Taxation and Economic Policy.

Though it has long faced attacks for its tax practices, Amazon has pushed back more strongly against critics in recent weeks.

On Twitter, it sparred with Senator Elizabeth Warren, who recently accused the firm of exploiting corporate loopholes and paying “close to nothing” in tax, while discussing her own tax plans.

The company said it had reported $1.7bn in federal tax expense last year and invested $350bn. Amazon’s investments have helped reduce its tax bill under rules aimed at incentivising firms for activities like research and development.

“You make the tax laws @SenWarren; we just follow them. If you don’t like the laws you’ve created, by all means, change them,” the company said.

1/3 You make the tax laws @SenWarren; we just follow them. If you don’t like the laws you’ve created, by all means, change them. Here are the facts: Amazon has paid billions of dollars in corporate taxes over the past few years alone.