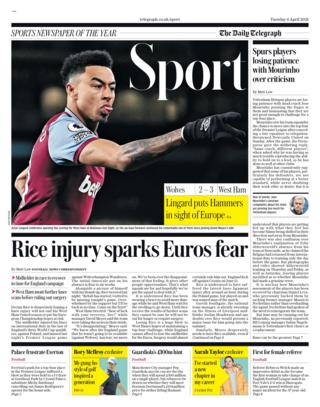 However, he says the Bundesliga side will listen to offers for the club’s England winger Jadon Sancho. (Manchester Evening News)

Manager Pep Guardiola says Manchester City may decide to spend over £100m on one player in the future, but remains coy on speculation linking the club with Haaland. (Sky Sports)

Barcelona will continue to pursue the signing of the Norwegian after meeting with his representatives last week, but sources at the club say it will be “very difficult” to do a deal. (ESPN)

Villarreal are hoping to sign Argentine defender Juan Foyth, 23, from Tottenham this summer on a permanent deal and for less than the option fee of £13m. He is currently on loan at the Spanish side. (Football Insider)

Jorge Valdano, the former general manager of Real Madrid, is is open to the idea of Los Blancos using Brazilian winger Vinicius Junior, 20, as part of a deal to sign Paris St-Germain and France forward Kylian Mbappe, 22. (El Transistor via Marca)

Paris St-Germain attacker Angel di Maria, 33, said it would be “wonderful” to play alongside fellow Argentine Lionel Messi, 33, amid doubts over his Barcelona future. (AS)

Juventus’ entire playing and backroom staff are on trial for the rest of this season following a poor campaign to date which might result in the Italian league champions failing to qualify for the Champions League. (Mail)

Norwich City will look after Norwegian Alex Tettey whatever the future holds for the 35-year-old midfielder. Tettey has been at Carrow Road since 2012 and his contract ends in the summer. (Norwich Evening News)