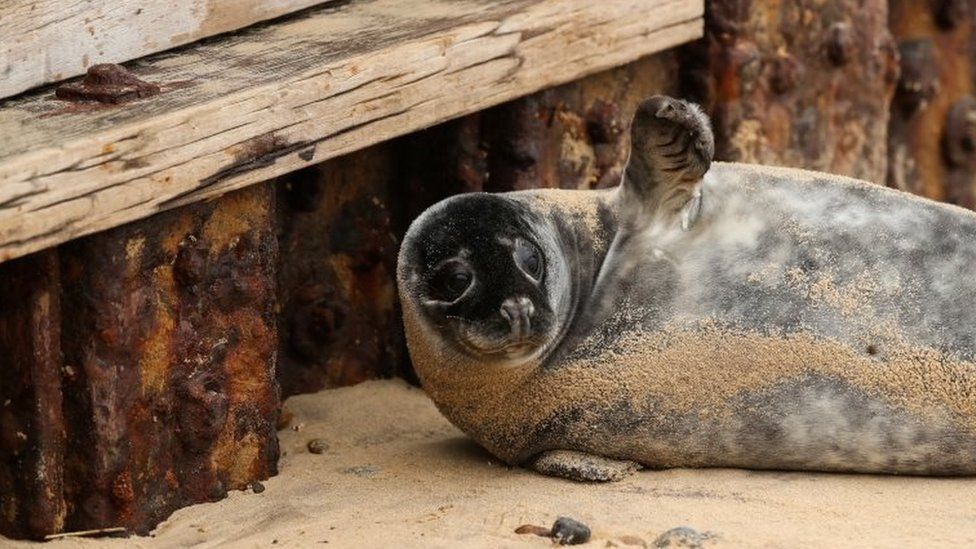 The public is being urged to give seals space to protect them after a much-reported death of a seal in London.

The Seal Alliance is warning that getting too close to seals can lead to their injury and death, even up to several months later.

Seals have ventured further inshore on beaches and coastlines that were quieter during lockdown, it says.

Last month a popular seal known as “Freddie” was put down after he was attacked by a dog in Barnes, London.

The animal, named after singer Freddie Mercury because of his crowd-pleasing antics, had been entertaining people near Hammersmith Bridge.

The Seal Alliance, a coalition of regional marine wildlife groups, is launching its campaign over the Easter weekend because people are expected to take advantage of lockdown relaxation to go for walks on coasts and estuaries, take part in water activities or fly drones.

The government-backed campaign urges people to keep dogs on a lead when seals might be present, never to feed the marine mammals and take all litter home.

Female seals are heavily pregnant during the summer, the Sea Alliance says, and getting too close or disturbing them could lead to seals stampeding on rocks, which can prove fatal to both mother and pup.

Environment Secretary George Eustice said: “Seals are one of our most iconic marine mammals. They can be found along our coastline around the UK and we must do all that we can to protect them.

“Disturbance by members of the public can be detrimental to seals but this is entirely preventable.”

“We need to be aware of the harm we can cause by getting too close to our seals and the often tragic consequences when we do.”

Sue Sayer, of the Seal Research Trust, said: “If a seal is looking at you, it has been disturbed, so please move further away. Use your camera and binoculars, stay quiet and out of sight.”

The coastline is also home to about 30% of the European subspecies of common or harbour seals, about 46,000 seals.