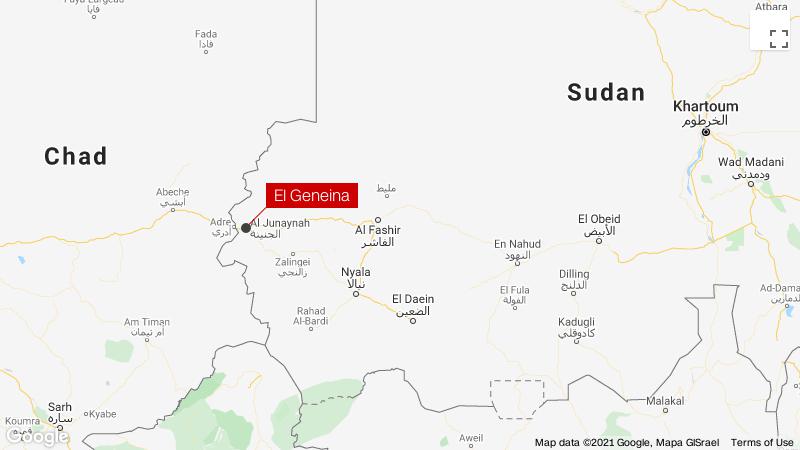 (CNN)Clashes between rival groups have claimed more than 50 lives in the city of El Geneina in the volatile west Darfur region of Sudan, according to Sudanese medical groups.

Videos posted from El Geneina on Monday and Tuesday showed fires burning in the town.

A report from the UN Office for the Coordination of Humanitarian Affairs (UNOCHA) said on Tuesday that “shooting continues to be heard across the town. The local power station was destroyed last night and there is no electricity. The Government’s Humanitarian Aid Commission in West Darfur reported that people are fleeing into neighboring Chad.

The number of deaths has risen to 56 and more have been injured. ”

The fighting broke out over the weekend between the Arab Rizeigat and Masalit groups.

A UN security report seen by CNN said that early on Monday an “unknown number of armed Arab tribesmen ambushed and shot on a group of Masalit tribesmen entering El Geneina.”

On Monday, the Sudanese government declared a state of emergency in the area, but clashes have continued.

The Norwegian Refugee Council, which is active in Darfur, said Monday it deplored “the terrible intercommunal violence raging around Geneina City in West Darfur, including the use of explosive weapons in civilian areas. Scores dead, wounded. We look to the government to restore law and order.”

An aid official familiar with the situation told CNN that the death toll is still unclear but clashes resumed around midday Tuesday. The official said that initially Sudanese security forces did not intervene when the violence spread Monday.

UN peacekeepers were withdrawn from the region last year after a peace agreement between warring groups – known as the Juba Peace Agreement – was reached last October. But the aid official contacted by CNN said that unrest had continued because “Arab tribes would have to abide by the rule of law and recognize land rights agreed in the peace deal which they appear unwilling to do.”

Similar clashes in January claimed more than 160 lives, according to official estimates.

The European Union’s mission in Sudan tweeted Monday: “Once again, dozens of civilians were killed and wounded in #ElGeneina, West Darfur. The same painful scenes of burning houses, dead and wounded people were repeated, more than six months after the signature of the #JPA.”