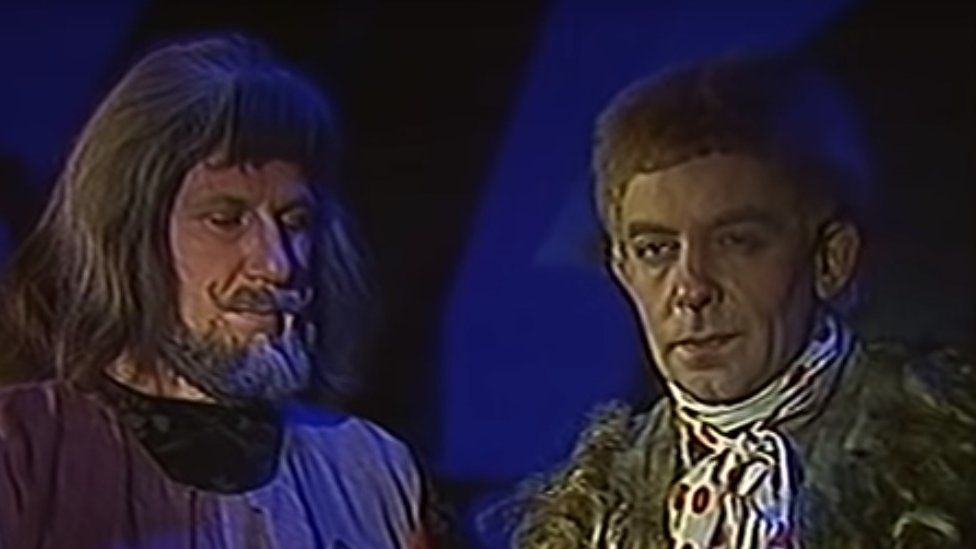 Russian-speaking fans of JRR Tolkien have been flocking to YouTube to watch a newly rediscovered Soviet TV version of The Lord of the Rings. The low-budget production, which aired briefly in 1991, the year the Soviet Union collapsed, was uploaded this month by Russian television channel 5TV (successor to Leningrad TV, which produced it).

The first episode has notched up half a million YouTube views.

Khraniteli (The Keepers) is based on the first novel in the Tolkien trilogy, The Fellowship of the Ring, but while readers may recognise the plot and the characters, this weirdly psychedelic Soviet reimagining is a very different experience from Peter Jackson’s epic film version a decade later.

To find out just how different, we spoke to Irina Nazarova, a Russian artist who saw Khraniteli when it first came out and was familiar with the arts scene which inspired it in Leningrad (Russia’s second city, now known again as St Petersburg).

Where did you first see it?

I was still a student. I only remember that I was packing a suitcase to fly from Moscow to visit my family, and the TV was switched on next door in the kitchen of my flat. I recognised the music as typical of the Leningrad rock club scene, so I walked in to take a look.

After that, the TV version just seemed to disappear. Some said it had never existed at all. And now here it is on YouTube.

So how was your viewing experience this weekend?

Like all my friends, I felt shock and pity… It really was laughter through tears. Actually this was more about the fading away of the USSR than any adventures in Middle Earth [the imaginary world where the action unfolds in The Lord of the Rings].

Are Tolkien fans in for a lavish visual treat?

Nope. Zilch budget. Really not sure whether this version is The One To Rule Them All. I have my suspicions that at least some of the people who took part in this worked for free or paid for it themselves, like in a school pantomime, just to get it filmed. The costumes seem to have been assembled from all Leningrad theatres that ever staged a play by Shakespeare or Lope de Vega, which is why Gandalf [the wizard] looks like a knight errant and why Elrond [the elf ruler] pinched his outfit from Othello.

Sam [protagonist Bilbo Baggins’ sidekick] has four eyebrows for some reason, while the puppet eagle which carries Gandalf to safety looks like a seagull that drank aviation fuel – maybe that’s why it flies like that?

How special are the special effects?

Painful to behold. Computer graphics had only just come to Leningrad TV and there was nobody who could put them to professional use.

How big is Tolkien in Russia anyway?

He’s massive! After Jackson made his great trilogy, interest soared back. Russia is full of fans, cosplay and everything. A friend of mine was out looking for mushrooms in the countryside near Moscow and she ran into a band of elves with bows and arrows. I know a blacksmith who makes a fairly decent living from hammering out swords and helmets, and he told me about a gangster who’d ordered gates for his mansion “like in Mordor” [the realm of the evil Sauron in the novels].

What does Khraniteli say about the late Soviet Union?

It’s not the story itself but the way it was made. Absurd costumes, a film devoid of direction or editing, woeful make-up and acting – it all screams of a country in collapse. Thank Heavens it is all in the past! It should be preserved only for bearing witness to the era in which it was made.

It was a desperate attempt to present a much-loved book [published in the UK in 1954] to the masses through the medium of television. They made it without anyone’s help. There was no money, there were no experts. People at that time would go for half a year without getting their wages paid and they didn’t know how they would feed their own children.

Bearing all that in mind, have a bit of mercy on the people who made this and give them credit for trying at least. I’m not sure anyone else could have done better in the circumstances.