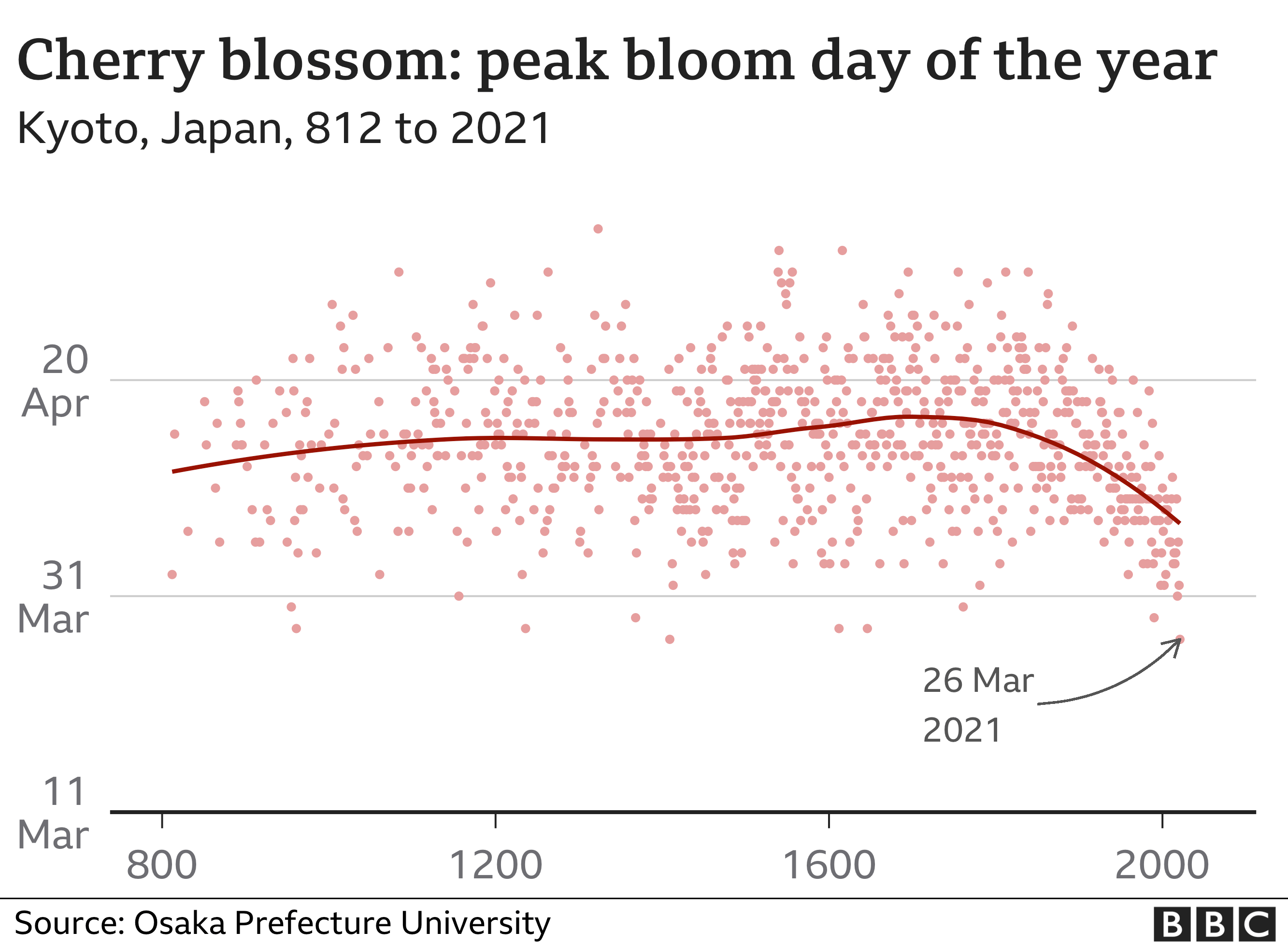 The cherry blossom season, Japan’s traditional sign of spring, has peaked at the earliest date since records began 1,200 years ago, research shows.

The 2021 season in the city of Kyoto peaked on 26 March, according to data collected by Osaka University.

Increasingly early flowerings in recent decades are likely to be as a result of climate change, scientists say.

The records from Kyoto go back to 812 AD in imperial court documents and diaries.

The city has experienced an unusually warm spring this year.

The previous record there was set in 1409, when the season reached its peak on 27 March.

The blossoms, “sakura” in Japanese, last only for a few days, but their appearance is tremendously important, both economically and culturally. Friends and family get together, and Instagram is awash with pictures.

The dataset for cherry blossom season in Japan is especially valuable because it goes back so far.

“In Kyoto, records of the timing of celebrations of cherry blossom festivals going back to the 9th Century reconstruct the past climate and demonstrate the local increase in temperature associated with global warming and urbanisation,” according to an earlier paper published in the scientific journal Biological Conservation.

Yasuyuki Aono, a researcher at Osaka Prefecture University, has tracked the data back to 812.

“I have searched and collected the phenological data for full flowering date of cherry tree (Prunus jamasakura) from many diaries and chronicles written by emperors, aristocrats, governors and monks at Kyoto in historical time,” he wrote.

Phenology is the study of seasons and recurring biological events.

Since about 1800, the data suggest the peak date in Kyoto has gradually been moving back from mid-April towards the beginning of the month.

The progress of the cherry blossom season is closely monitored, with the Japanese Meteorological Agency issuing forecasts of the first flowers and the peak of the season.

This year, the season began in Hiroshima on 11 March, eight days earlier than the previous record, which was set in 2004, according to Japan Forward.