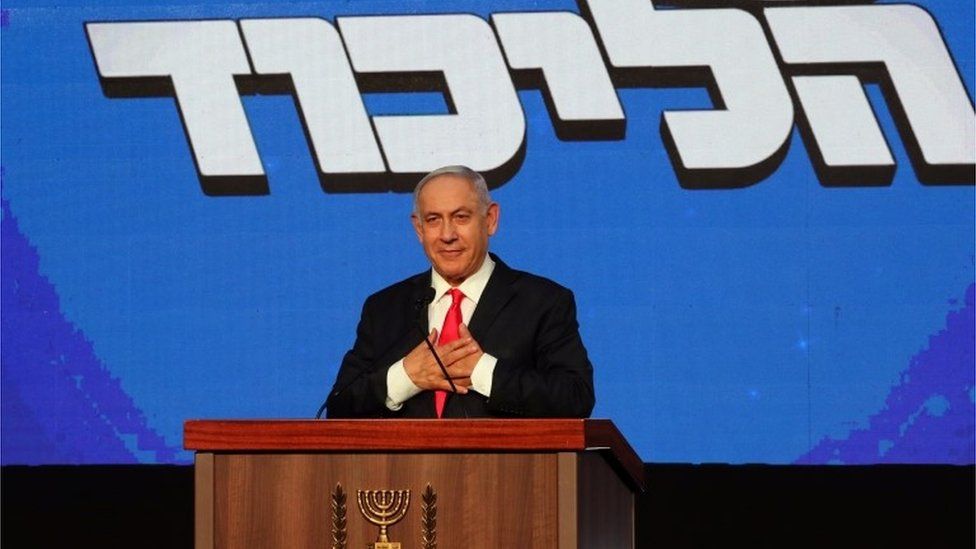 Israel’s president has tasked Benjamin Netanyahu with forming a new government following recent elections which did not produce a clear winner.

Mr Netanyahu – Israel’s caretaker prime minister – got the most endorsements from MPs as the candidate to try to put a ruling coalition together.

Neither he nor opposition parties won enough votes in last month’s polls to be sure of forming a government.

The elections in March were a record fourth in two years.

Mr Netanyahu’s opportunity comes at the same time as he stands trial on charges of fraud, bribery and breach of trust. He has denounced the accusations against him as a politically motivated witch-hunt.

The leader of the right-wing Likud party now has an initial 28 days to try to secure sufficient backing from other parties in parliament to join him in a governing coalition, after which time he can request a two-week extension. If Mr Netanyahu fails, the task will pass to someone else.

Announcing Mr Netanyahu’s nomination, President Reuven Rivlin said he was doing so even though he did not believe any candidate “has a realistic chance of forming a government that will have the confidence of the Knesset [parliament].”

In order to obtain a parliamentary majority, he would require the backing of another right-wing, nationalist party, Yamina, led by a political rival, as well as an Arab party, Raam. Neither have committed to giving Mr Netanyahu their support.