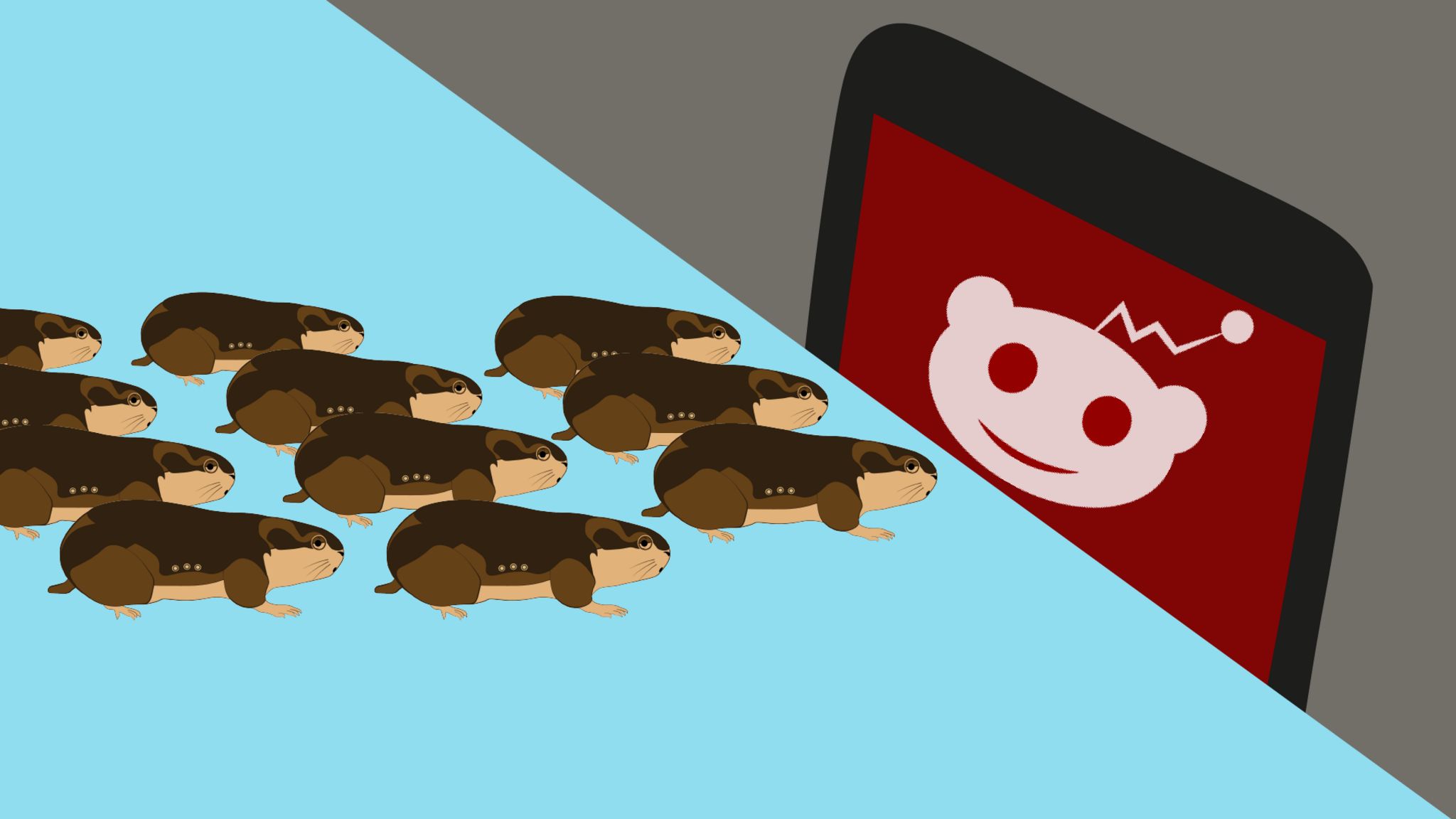 As the world moves towards a post-Covid era, economic recovery has become the top priority for governments and businesses alike, and what has become clear is financial literacy and education has become a necessity.

While you may have heard of bear markets, bull markets, cash cows and tech unicorns, there are lots of other creatures that have moved from the financial pages to everyday conversation.

To help you on this safari, here are five animal metaphors to watch out for in the post-pandemic world.

A lemming is a small rodent that lives in the Arctic and is associated with the (now debunked) myth that it takes part in mass suicides by jumping off cliffs into the unknown.

It is also the term given to investors who perhaps get caught up in the crowd. When certain companies and their stocks get a bit of attention, the lemmings jump right in – as the world saw with Redditors who hyped up the value of GameStop in January.

“Plenty of speculators piled into GameStop to ride the wave of higher prices without looking at the fundamentals of these stocks, which had been badly hit by the pandemic,” says Susannah Streeter, analyst at Hargreaves Lansdown.

“The trend for traders to follow the lead of social media influencers without doing their own homework could also be described as lemming-like behaviour. The risk is that just like lemmings, they follow these influencers off a financial cliff.”

There’s been a huge debate raging about whether the pandemic is a black swan – a high-impact event that makes more sense in hindsight – or a grey rhino, something you really should have expected and done something about.

Michele Wucker is the policy analyst and author who first came up with the idea of the grey rhino.

“The grey rhino is the big, obvious, scary beast with a horn pointed straight at you that gives you a choice of what to do: get trampled, get out of the way, or harness its strength,” she tells the BBC.

Chinese officials are so enamoured with the concept that the rhino is now firmly ingrained within the country’s financial strategies. President Xi Jinping has even encouraged the country to prepare for grey rhino and black swan events in the upcoming year and have contingency plans in place.

Meanwhile, the idea has moved way beyond business into psychology and other fields with the rhino even referenced in a song by South Korean superband BTS.

And with people such as Bill Gates warning that there had been signals suggesting a pandemic was on its way for a long time, the rhino’s popularity has surged.

Wucker suggests her idea is about future proofing, adding: “The grey rhino is important because it focuses on the future, unlike the black swan which is only visible in hindsight so doesn’t give you a chance to head it off.”

A stag is an investor who likes to make a hot deal and a quick buck before galloping off.

The term has been in use for a while, with writer William Makepeace Thackeray even referring to traders as “All the Stags in Capel Court” in his 1845 poem A Doe in the City.

When a company goes public, its shares are listed on the stock exchange to be bought and sold. Stags are eager and can get involved at an early stage. Their main objective is to buy and sell immediately.

Mould highlights online food delivery platform DoorDash as one such example, providing “fertile territory” for stags. When it listed on the New York Stock Exchange in December 2020, its share price shot up.

But asset manager Alpesh Patel, founder of Praefinium Partners, warns the stag strategy can be a risky one as early access to IPOs isn’t actually that easy to get. Therefore success isn’t guaranteed.

While some people refer to stag investors just with regards to IPOs, others use the term more broadly.

The German word for hoarding itself alludes to hamsters stockpiling all they can by stuffing it in their cheeks, so it’s no wonder this phrase ended up being used to sum up the stripping of supermarket shelves the world over.

While the word has been associated with panic buying situations, the phrase is often used to describe the last-minute rush in supermarkets before shops close for a holiday.

Russ Mould of AJ Bell says that while consumers were focusing on stockpiling toilet paper and foodstuffs when lockdowns first hit, it is vaccines and the raw materials used to make them that are now at the top of government hoarding lists.

And Susannah Streeter of Hargreaves Lansdown says there is another way to look at hamsterkauf behaviour, as the past year has seen some people benefit as they’ve seen their nest eggs increase.

“Hamster-like tendencies have been prevalent in terms of savings too, with many people squirreling away cash into accounts, building up emergency funds to bolster resilience in case of further crises,” she says.

In the past China might have been expected to be vague and enigmatic when it came to dealing with other governments and foreign interests.

But no more. In fact there’s a new beast in town with international media describing the way China has acted when it comes to trade wars with Australia and the US and its quick rebuff of any criticism regarding the way it’s handled the pandemic as “wolf warrior” diplomacy.

China’s foreign ministry spokespeople Lijian Zhao and Hua Chunying are leading the pack when it comes to this technique, which is named after a series of popular Chinese Rambo-like action films called Wolf Warrior.

“China’s wolf warrior tendencies have been at the fore with what some have seen as an aggressive defence of Huawei, saying the move to exclude the telecoms giant from the 5G network would cost Britain dearly in investment,” says Susannah Streeter from Hargreaves Lansdown.

And indeed, when previously asked about the phrase, the then Chinese Ambassador to the UK, Liu Xiaoming, posted on Twitter that the term was a “misunderstanding of China’s foreign policy”, describing it as one of peace.

If you wish to explore the subject further, writer Dhruti Shah and illustrator Dominic Bailey have published a book with more than 100 other creatures called Bear Markets and Beyond: A Bestiary of Business Terms