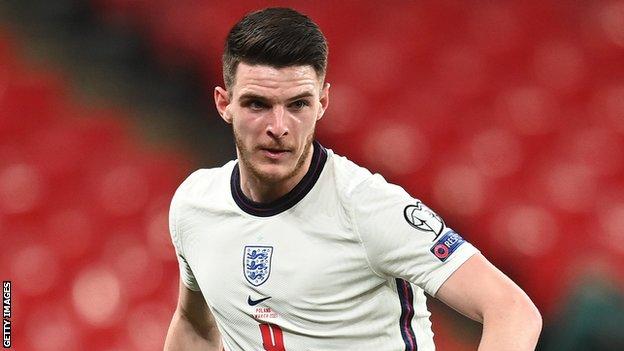 West Ham midfielder Declan Rice is expected to be out for four weeks with a knee injury.

The 22-year-old picked up the injury while on international duty with England, having played every minute of the wins against Albania and Poland.

The injury is a blow to seventh-placed West Ham’s quest for European football.

Rice has featured in all of the Hammers’ Premier League matches this season, with David Moyes’ side having won 14 of their 29 games.

West Ham face Wolves at Molineux on Monday at 20:15 BST.