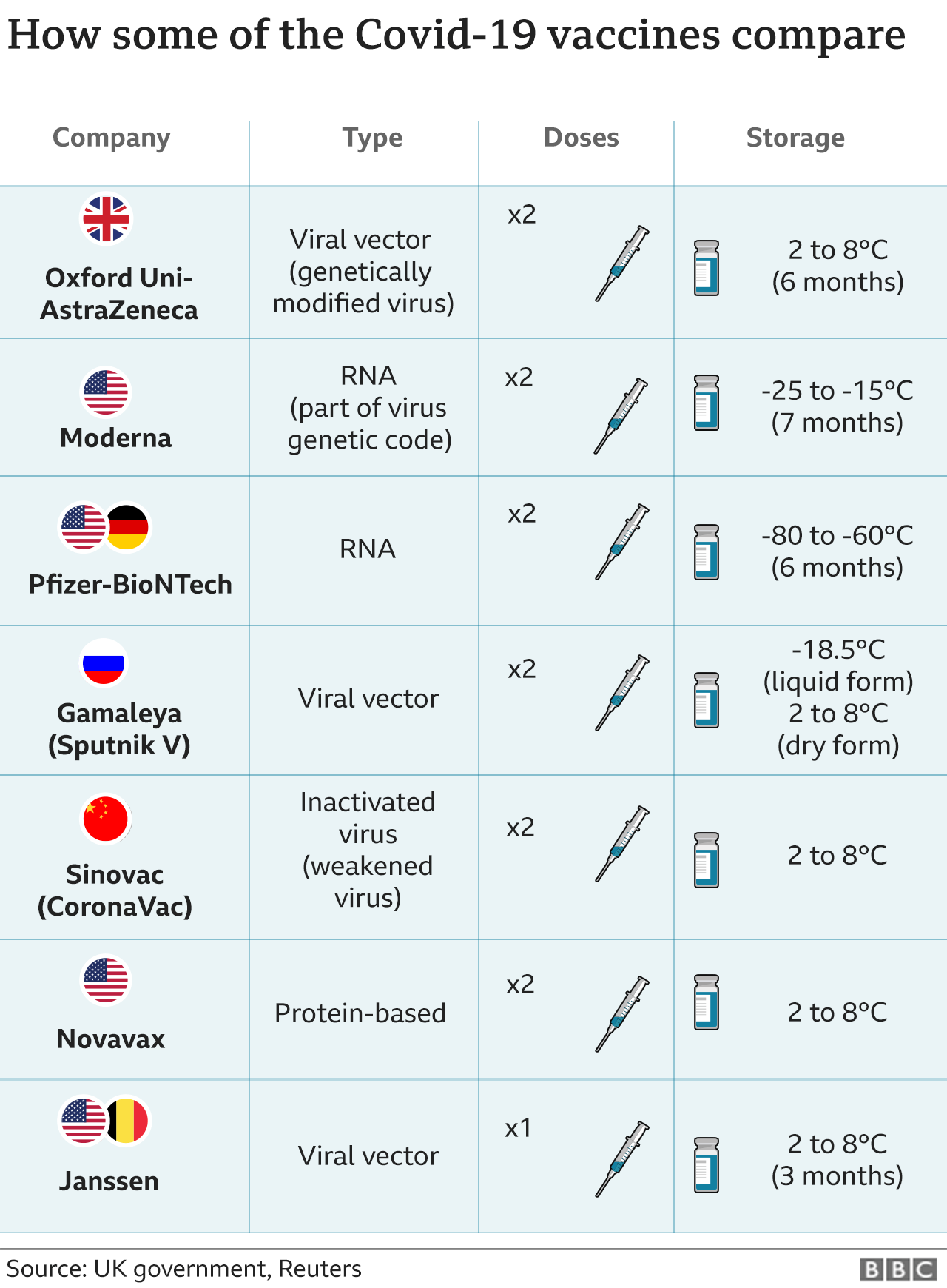 America has three vaccines approved for distribution, and now people are getting choosy about which they want.

All three have been shown to be effective at preventing Covid-19 disease and, crucially, hospital admissions and death – and health officials have said the best vaccine is the one you’re offered.

Still, there appears to be a preference growing for the Pfizer and Moderna jabs over the Johnson & Johnson option.

In early March, Detroit mayor Mike Duggan rejected the Johnson & Johnson vaccine for city residents, suggesting that the other two jabs available in the US were superior.

“I am going to do everything I can to make sure the residents of the City of Detroit get the best,” he said in a press conference.

After widespread outcry from the public health community, the mayor did an about-face, saying he had “full confidence” that the jab was safe and effective.

But like Mr Duggan, some Americans have also shown concerns about the Johnson & Johnson vaccine and its overall efficacy rates – even though health officials have cautioned those numbers don’t tell the whole story.

Some say they’d rather delay their vaccination than take Johnson & Johnson at all, potentially throwing a wrench into the distribution plans of community health officials.

“I had an appointment for a vaccine this week, and I cancelled it because I heard they were giving out Johnson & Johnson. I’m not taking [that vaccine] at all,” one Washington DC resident told the BBC.

Now, health officials like Dr Michele Andrasik are trying to reassure Americans that any authorised vaccine offered to them is a good one to take.

“On one hand, people are excited that there’s just one shot [for Johnson & Johnson], and on the other, there’s a lot of confusion with regard to what the efficacy results actually say and does this mean it’s not as good,” Dr Andrasik, senior staff scientist for the Vaccine and Infectious Disease Division at Fred Hutch, told the BBC.

In February, US regulators formally approved the single-shot Johnson & Johnson coronavirus vaccine – the latest to get the green light.

Unlike Pfizer and Moderna vaccines, which use new mRNA vaccine technology and require two shots, the Johnson & Johnson vaccine uses a common cold virus that has been engineered to make it harmless.

It then safely carries part of the coronavirus’s genetic code into the body. This is enough for the body to recognise the threat and then learn to fight coronavirus.

President Joe Biden has shown confidence in the vaccine. This month, he announced that the US will order 100 million more doses of Johnson & Johnson, doubling the amount available to Americans.

Dr Anthony Fauci, director of the National Institute of Allergy and Infectious Diseases, has said that all the vaccines available in the US were good vaccines, and stressed that the Johnson & Johnson jab is “not the weaker vaccine”.

The concern comes down varying to efficacy data released from clinical trials – but those figures aren’t all they appear to be, say experts.

Health officials have stressed that the most important statistic in fighting the pandemic is that all three vaccines have 100% prevention of hospital admissions and death from the virus.

The Pfizer and Moderna drugs were also tested before newer, more contagious variants were widespread, making a difference in trials.

“They were not compared head-to-head. They were compared under different circumstances,” Dr Fauci has said.

Additionally, the CDC explains that all the vaccines are more effective than the annual flu shot.

“The bottom line is that Johnson, Moderna and Pfizer are all incredibly effective at preventing severe disease progression, hospitalisation, winding up in the ICU or on ventilation, or death,” says Dr Andrasik.

Another positive of the Johnson & Johnson vaccine, community health advocates say, is that it is the only single-shot vaccine available in the US.

It may also be more convenient when it comes to distribution – especially in harder-to-reach places like some poor or rural regions. But there is concern that sending just that vaccine to those areas might increase stigma.

“So, if you only have one choice and you are a disenfranchised population, I think that fuels the idea of inequity, uncertainty and questioning of why we only have this one choice.”

She adds: “I think that all the vaccines should be available for everyone. I think the rationale of sending Johnson & Johnson to rural [and poorer] communities is because of access to care.”

Community leaders and health professionals like Dr Andrasik are making efforts to spread awareness about the vaccine and combat misinformation.

When over half a million people have died from Covid in the US, “as soon as it’s my turn, I will take whatever vaccine is available to me at that time”, she says.

What are other concerns?

The Johnson & Johnson vaccine was also recently in the news after the US Conference of Catholic Bishops – which represents the church in the US – and others expressed “moral concerns” with the jab.

The concern is over how it is produced with abortion-derived cell lines – cells taken in the 1980s “originally isolated from fetal tissue, some of which were originally derived from an aborted fetus” – like a number of other vaccines available today.

Johnson & Johnson used a similar method in developing its Ebola vaccine – and no Covid-19 vaccine contains human tissue of any kind.

The conference advised that, given a choice, Catholics should take an alternate vaccine.

The advice given by the US conference seemed to contradict the Vatican’s own stance, which is that such vaccines are “morally acceptable”.

Other Catholic leaders have come out to reject the idea that church members should avoid this vaccine.

In Connecticut, the Archbishop of Hartford and other local clergy declared in a statement that all residents “should feel free in good conscience to receive any of the vaccines currently available …for the sake of their own health and the common good”.

While many other vaccines, such as those used for chicken pox and rubella, were developed similarly, the latest concerns from Catholic leaders for the Johnson & Johnson vaccine has added to scepticism among some Americans.

Johnson & Johnson isn’t the only vaccine facing concerns. Oxford-AstraZeneca – which the US is considering authorising – has been suspended in more than a dozen European countries over concerns with blood clots.

The EU’s medicine regulator has since come out saying that the vaccine is “safe and effective” and Germany, France, Italy and Spain have said they would resume using the jab.