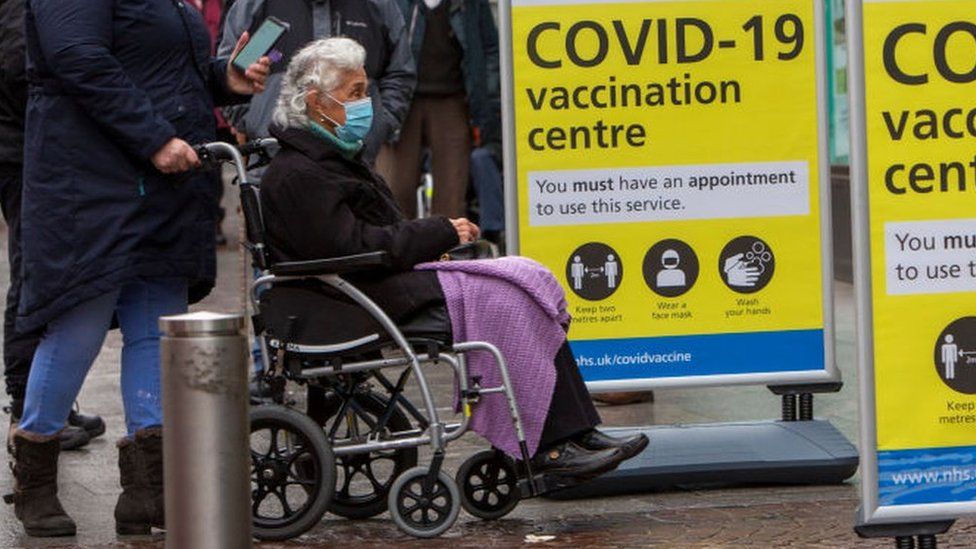 Pfizer says its vaccine is preventing 91% of coronavirus cases in the six months after people are immunised.

And a separate study shows even people in their 80s and 90s are producing impressive levels of antibodies after receiving both doses of the vaccine.

Only 63% of them, however, also produce the T-cells that help maintain those antibodies in the longer term.

And the crucial question of how long the protection from the vaccine lasts remains unanswered.

It also looked at 800 trial participants in South Africa and concluded the vaccine was equally effective against the variant identified there – despite laboratory studies suggesting people’s antibodies were less effective at attacking this variant.

“The high vaccine efficacy observed through up to six months following a second dose and against the variant prevalent in South Africa provides further confidence in our vaccine’s overall effectiveness,” chairman and chief executive officer Albert Bourla said.

Similar, long-term studies are taking place for all the vaccines including Oxford-AstraZeneca, but Pfizer has been the first to report.

Separate research by the University of Birmingham looked at what happened to the immune systems of 100 80- to and 96-year-olds.

Against the variant identified Brazil, however, they were 14 times less effective.

Although, the researchers were confident those who had received the Pfizer vaccine would still be protected against the Brazil variant because their levels of antibodies were so high.

However, only 63% of people in this age group produced a detectable T-cell response.

“It is not clear what that means for clinical protection in the longer term,” one of the researchers, Dr Helen Parry, said.

T-cells can kill the cells in the body that have been hijacked and turned into coronavirus factories.

But they also help maintain levels of antibodies over time.