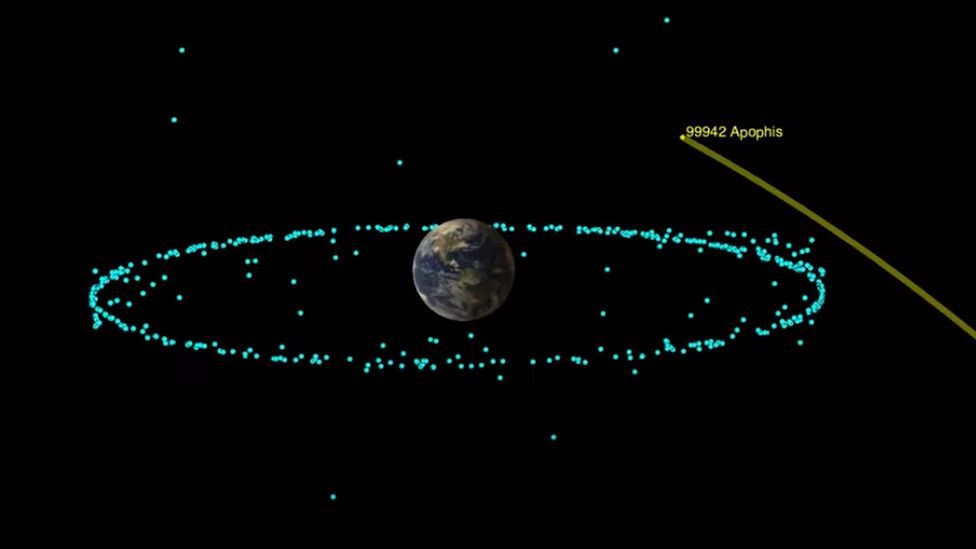 Earthlings can breathe a sigh of relief after US space agency Nasa confirmed the planet was “safe” from a once-feared asteroid for the next 100 years at least.

Nasa had deemed Apophis to be one of the most dangerous asteroids to Earth after its discovery in 2004.

But now Nasa has dismissed that threat based on new analysis of the asteroid.

“A 2068 impact is not in the realm of possibility any more, and our calculations don’t show any impact risk for at least the next 100 years,” Davide Farnocchia, a scientist who studies near-Earth objects for Nasa, said in a statement on Friday.

Named after the ancient Egyptian god of chaos and darkness, Apophis is estimated to measure 340m (1,100ft) across – about the length of three UK football pitches.

The asteroid recently made a distant flyby of Earth on 5 March, passing within 17 million km (10 million miles) of the planet.

Astronomers were able to use radar observations to refine their estimate of the asteroid’s orbit around the Sun, allowing them to confidently rule out any impact risk in 2068 and long after.

“When I started working with asteroids after college, Apophis was the poster child for hazardous asteroids,” said Mr Farnocchia. “There’s a certain sense of satisfaction to see it removed from the risk list.”

He said Nasa was “looking forward to the science we might uncover during its close approach in 2029”.

The close approach Mr Farnocchia referred to will happen on 13 April, 2029. On that date, the asteroid is expected to pass within 32,000 km of the Earth’s surface.

That is about one-tenth of the distance between the Earth and the Moon.

During that 2029 close approach, Apophis will be visible to observers on the ground in the Eastern Hemisphere of Earth, which includes Asia, Africa and parts of Europe.

No telescope or binoculars will be required, unlike for Nasa’s 5 March observation.

Still, even on that occasion, the radar images of the asteroid had “remarkable resolution”, the agency said.

“If we had binoculars as powerful as this radar, we would be able to sit in Los Angeles and read a dinner menu at a restaurant in New York,” Nasa scientist Marina Brozovic said.

Nasa keeps track of asteroids that could one day make threatening close approaches to Earth, designating them as Potentially Hazardous Asteroids (PHA).

They all have codenames befitting robots from the Star Wars film series. Here are three.