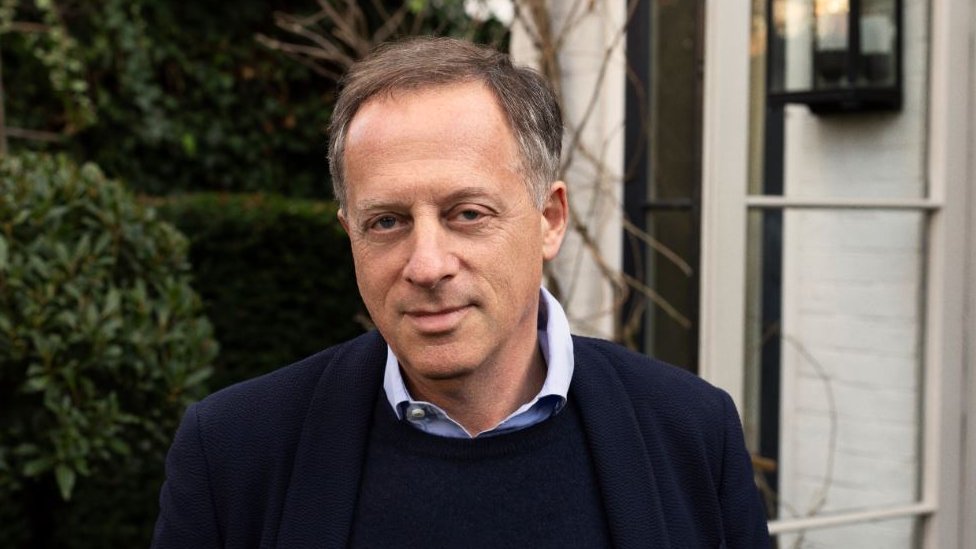 Publishedduration3 hours agoThe licence fee is the “least worst” way of funding the BBC, its incoming chairman Richard Sharp has said.But Mr Sharp told MPs he had an “open mind” about how the corporation should be funded in the future, and it “may be worth reassessing” the current system.He also said he didn’t think the…

The licence fee is the “least worst” way of funding the BBC, its incoming chairman Richard Sharp has said.

But Mr Sharp told MPs he had an “open mind” about how the corporation should be funded in the future, and it “may be worth reassessing” the current system.

He also said he didn’t think the BBC’s Brexit coverage was biased overall, but “there were some occasions when the Brexit representation was unbalanced”.

Question Time “seemed to have more Remainers than Brexiteers”, he said.

The £157.50 licence fee is due to stay in place until at least 2027, when the BBC’s Royal Charter ends, with a debate about how the broadcaster should be funded after that.

Mr Sharp, who spent 23 years working as a banker for Goldman Sachs, told the House of Commons digital, culture, media and sport select committee: “At 43p a day, the BBC represents terrific value.”

The government is currently reviewing whether its cost should continue rising with inflation from 2022, and whether non-payment should remain a criminal offence. Mr Sharp said he was “not in favour of decriminalisation”.

He said other possible options for funding the BBC in the future could include a household tax like the one used in Germany, “which amounts to the same amount of money”.

He added: “So when we next get the chance to review the structure of this then it may be worth reassessing.”

Asked whether he believed the BBC’s coverage of Brexit had been unbalanced, he replied: “No, actually I don’t.

“I believe there were some occasions when the Brexit representation was unbalanced.

“So if you ask me if I think Question Time seemed to have more Remainers than Brexiteers, the answer is yes, but the breadth of the coverage I thought was incredibly balanced, in a highly toxic environment that was extremely polarised.”

Mr Sharp said he was “considered to be a Brexiteer” and had donated around £400,000 to the Conservative Party over the past 20 years.

He said the biggest issue now facing the BBC is impartiality, and that “trust in leadership and trust in processes” must be rebuilt after high-profile equal pay cases with journalists such as Carrie Gracie and Samira Ahmed.

“Clearly some of the problems it’s had recently are really rather terrible and reflect a culture that needs to be rebuilt, so everybody who cherishes the BBC and works at the BBC feels proud and happy to work there,” he said. “Then in my view that would produce a better output inevitably.”

Mr Sharp also told the committee he would give his £160,000 salary as BBC chairman to charity.

When asked “what’s in it for you?” Mr Sharp, whose heritage is Jewish, said: “We’re all a product of our upbringing and I was very fortunate with the parents I have, my great grandparents came to this country escaping tyranny.

“I think I won the lottery in life to be British and if I can make a contribution, I couldn’t be happier to.

“The BBC is part of fabric of all our national identities, it offers education and enrichment and also important for our position in the world… It is a massive privilege to be chair of the BBC.”

Sir David Clementi, the current BBC chairman, steps down in February. The post-holder is officially appointed by the Queen on the recommendation of the government.