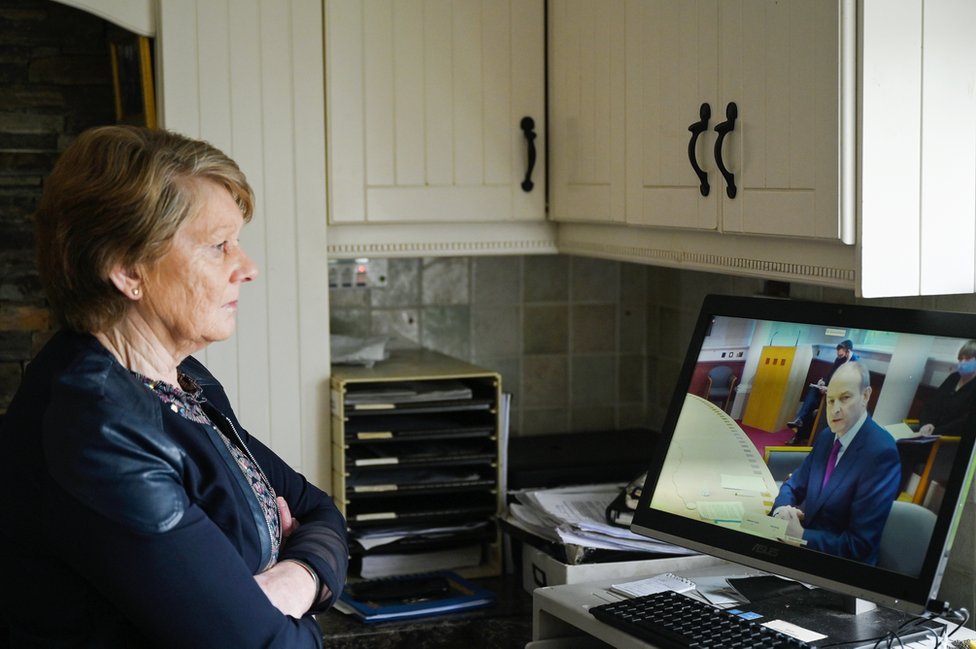 Publishedduration26 minutes agoimage copyrightReutersimage captionThe scandal became an international news story when “significant human remains” were found on the grounds of a former home in County GalwayThe Irish government is to apologise after an investigation found an “appalling level of infant mortality” in the country’s mother-and-baby homes.Established in the 19th and 20th Centuries, the institutions…

The Irish government is to apologise after an investigation found an “appalling level of infant mortality” in the country’s mother-and-baby homes.

Established in the 19th and 20th Centuries, the institutions housed women and girls who became pregnant outside marriage.

About 9,000 children died in the 18 institutions under investigation.

The government said the report revealed the country had a “stifling, oppressive and brutally misogynistic culture”.

Taoiseach (Irish Prime Minister) Mícheál Martin said the report, which can be read in full here, described a “dark, difficult and shameful chapter” of Irish history.

“As a nation we must face up to the full truth of our past,” he said.

The commission that investigated the homes found that the number of children who died was about 15% of all those who were born in the institutions.

There were about 56,000 unmarried mothers and 57,000 children in the homes investigated by the commission.

The greatest number of admissions was in the 1960s and early 1970s.

Many children born in the homes were adopted or taken to orphanages run by Catholic nuns.

The report said “the women and children should not have been in the institutions” and that many women suffered emotional abuse.

The investigators said it appeared there was “little kindness” shown to the mothers and “this was particularly the case” during childbirth, which many of the women found to be “a traumatic experience”.

Mr Martin is to issue a full apology on behalf of the state in the Dáil (Irish parliament) on Wednesday.

Speaking on Tuesday, he said “one hard truth” was that “all of society was complicit” in the scandal.

“We did this to ourselves as a society – we treated women exceptionally badly; we treated children extremely badly,” said the taoiseach.

“We had a completely warped attitude to sexuality and intimacy and young mothers and their sons and daughters were forced to pay a terrible price for that dysfunction.

“As a society we embraced judgementalism, moral certainty, a perverse religious morality and control which was so damaging.

“But what was very striking was the absence of basic kindness.”

Children’s Minister Roderic O’Gorman said the report showed that for decades a “pervasive stigmatisation of unmarried mothers and their children robbed those individuals of their agency and sometimes their future”.

The commission has made 53 recommendations, including compensation and memorialisation.

Its report stated that while mother-and-baby homes existed in other countries the proportion of unmarried mothers who were in the institutions in Ireland was probably the highest in the world.

“In the years before 1960 mother-and-baby homes did not save the lives of ‘illegitimate’ children; in fact they appear to have significantly reduced their prospects of survival,” stated the report.

“The very high mortality rates were known to local and national authorities at the time and were recorded in official publications.”

The Sisters of the Sacred Hearts of Jesus and Mary, which ran some of the homes, said it was a “matter of great sorrow to us that babies died while under our care”.

“We especially want to recognise and accept today that so many women who were shunned and shamed by society did not find the support and level of care they needed and deserved at such a dreadful and painful time in their lives,” said the group.

“We want to sincerely apologise to those who did not get the care and support they needed and deserved.”

Hundreds of babies dead at one site

The homes became an international news story in 2014 after a substantial amount of human remains was found in the grounds of a former home in Tuam, County Galway.

Local historian Catherine Corless found that 796 children had been buried there.

In an interim report, the commission found that some babies were buried in 20 chambers inside what was a larger decommissioned sewage tank.

Speaking after the publication of the final report, Ms Corless was critical of how the government had presented it to the survivors of the homes.

The taoiseach had spoken to them in an online briefing on Tuesday before the report was made public.

“It was highfalutin talk… a lot of waffle, you could say,” she said.

“A lot of the survivors are very, very upset, they feel they’re just being thrown redress – pay them off and just forget about everything.”

It tells the story of a woman seeking to find her son who was adopted by an American couple.

There were also similar Protestant institutions, such as Bethany Home.

It was not included in the terms of reference, much to the anger of former residents.

Because of attitudes at that time towards babies born outside marriage, it was often the women’s families who sent them to the homes.

The report is expected to be the last in a series to shine a light on a very different and very clerical Ireland.