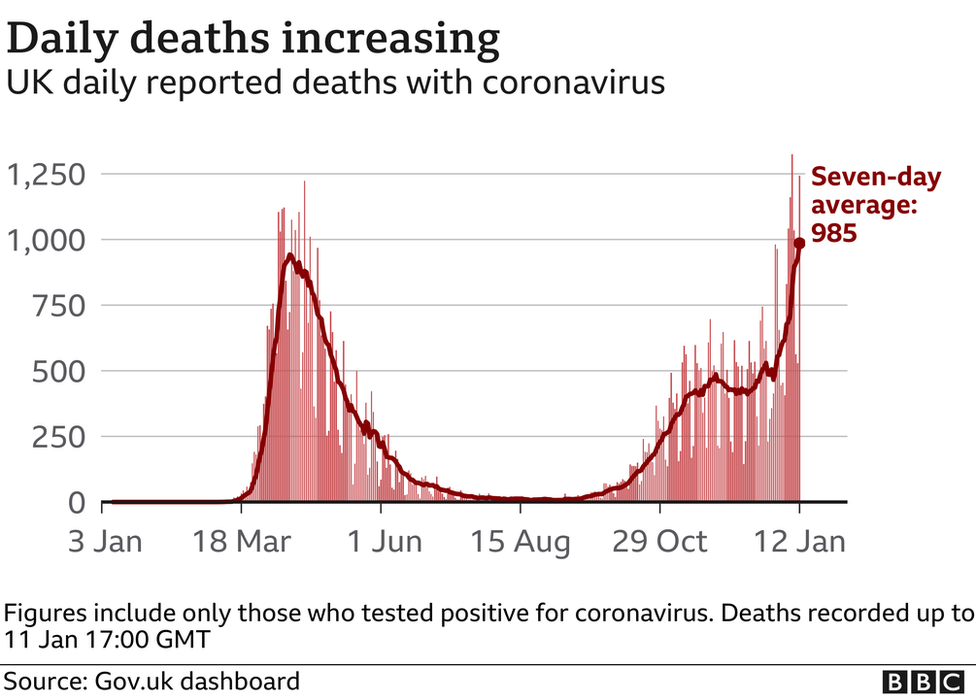 People have been urged to “play your part” and follow Covid rules by Home Secretary Priti Patel, who says she will back police to enforce laws.

At a No 10 briefing, Ms Patel said a minority were “putting the health of the nation at risk” by flouting rules.

Police are “moving more quickly to issuing fines”, she added, with nearly 45,000 fixed penalty notices issued across the UK.

Another 1,243 people have died within 28 days of testing positive for Covid.

At the briefing, Ms Patel said: “My message today to anyone refusing to do the right thing is simple: if you do not play your part, our selfless police officers – who are out there risking their own lives every day to keep us safe – they will enforce the regulations.

“And I will back them to do so, to protect our NHS and to save lives.”

It comes after the UK’s most senior police officer said lockdown rule-breakers are more likely to be fined as Covid laws will be enforced “more quickly”.

Metropolitan Police Commissioner Dame Cressida Dick said her officers had been forced to break up parties, despite hospitals in London struggling to cope with rising patient numbers.

Chairman of the National Police Chiefs’ Council Martin Hewitt, who also spoke at the Downing Street briefing, said people should be asking themselves whether their reason for leaving home was “truly essential”.

He stressed that police officers had been “putting themselves at risk in order to keep people safe”, and said it had been “disappointing” to see some of the behaviour by rule-breakers.

Mr Hewitt said he made “no apology” for police issuing fines, and warned people breaking rules – such as by organising parties or not wearing face coverings on public transport – to “expect” a fine.

Asked if there needed to be more clarity on the guidance around exercise and staying local, Mr Hewitt said it would be wrong to put a “particular distance” on how far people could exercise from their home – as it would be too difficult for police to enforce.

He said it was right there was an exception to allow people to exercise, but insisted it was the public’s responsibility to make sure they were doing so safely.

There is a big focus on adherence to lockdown rules. But what has almost gone unnoticed is the fact that cases may have actually started falling.

There has now been two consecutive days where newly diagnosed cases have hovered around the 46,000 mark. Up to the weekend, the average was close to 60,000.

The drop has largely been driven by falls in new cases in London, the south east and east of England.

In some regions, cases are still going up. The north west of England is causing particular concern.

It is too early for the vaccination programme to be having any significant impact, so a combination of the national lockdown on top of the tier four restrictions that were imposed in some areas before Christmas look like they may be beginning to have an impact.

Care must be taken in reading too much into a couple of days’ data.

Hospital cases are still rising – patients being admitted at the moment are the ones who were infected a week or so ago – but it does at least offer a glimmer of hope.

Later in the news conference, NHS medical director for London Dr Vin Diwakar said the capital’s Nightingale hospital has been reopened and is admitting patients to help with the coronavirus spread.

He told reporters it was taking non-Covid patients to help free up beds in London’s hospitals.

Dr Diwakar warned that if levels of hospitalisation in the capital continued to rise then more patients would need to be transferred out of London, adding that the NHS across the country was under pressure.

Earlier, crime and policing minister Kit Malthouse said people have a “duty” to make this lockdown “the last one”.

“We are urging the small minority of people who aren’t taking this seriously to do so now, and [we say] to them that, if they don’t, they are much more likely to get fined by the police,” he told BBC Breakfast.

Dame Cressida told BBC Radio 4’s Today programme the move towards greater enforcement was “common sense” rather than a show of “dictatorial policing”.

Fines start at £200 in England and Northern Ireland, and £60 in Wales and Scotland. Large parties can be shut down by the police, with fines of up to £10,000.

Similar lockdown measures are in place across much of Scotland, Wales and Northern Ireland – all of which are in charge of deciding and enforcing their own coronavirus restrictions.