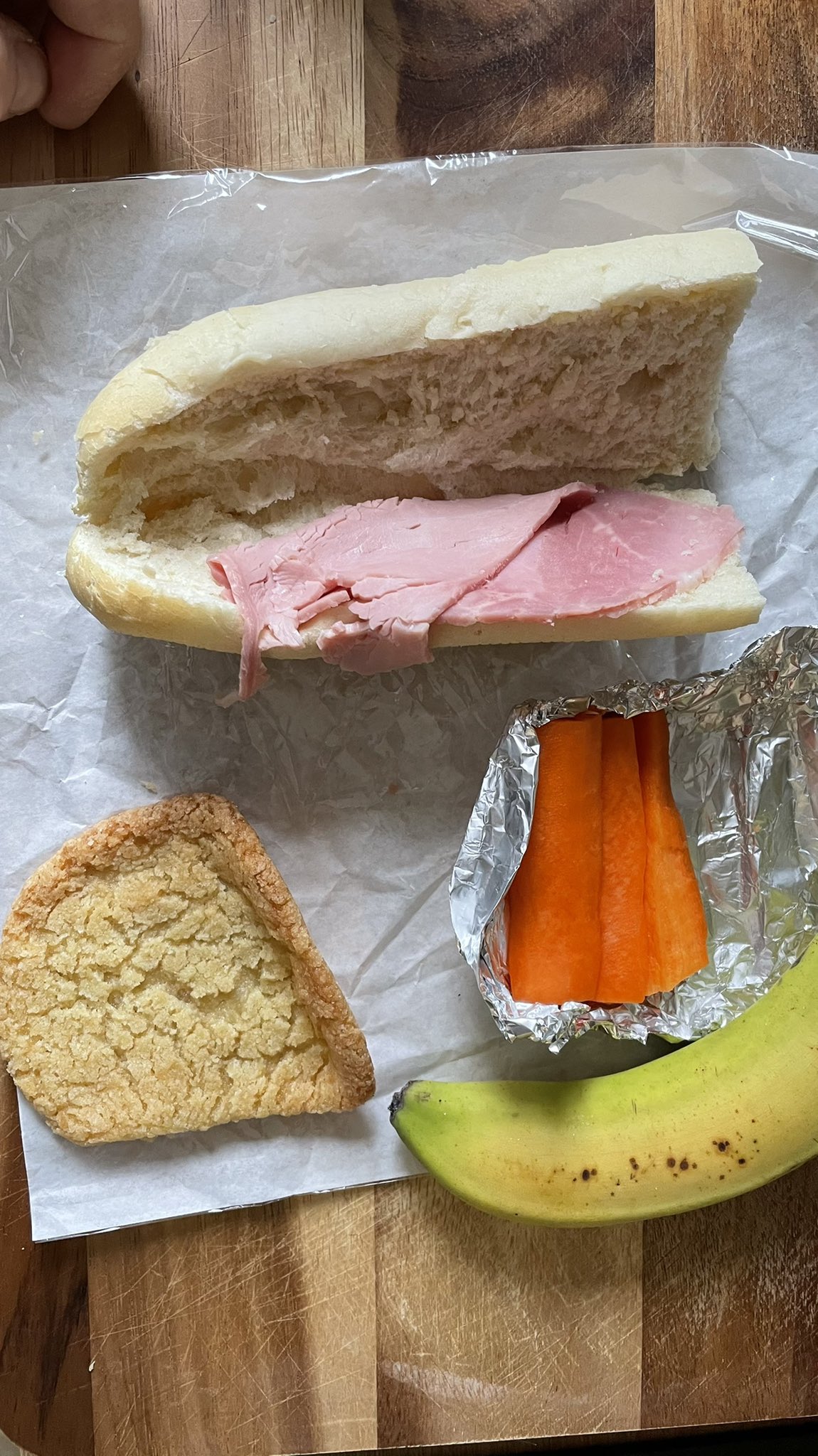 Publishedduration1 hour agoimage copyrightPA Mediaimage captionMarcus Rashford helps out at a food bankThe company at the heart of an outcry over the size of food parcels going to the poorest pupils while schools are in lockdown in England has apologised.Marcus Rashford sought a meeting with the firm, Chartwells, after seeing a photo of the measly…

The company at the heart of an outcry over the size of food parcels going to the poorest pupils while schools are in lockdown in England has apologised.

Marcus Rashford sought a meeting with the firm, Chartwells, after seeing a photo of the measly parcel on Twitter.

The post, by someone calling herself Roadside Mum, was picked up by news outlets which then quizzed Downing Street officials about it.

Some hours later the firm agreed the parcel had fallen short on quantity.

The mother, who posted the photo of two carrots, two potatoes and a tin of baked beans and a small range of food items, said she calculated the cost to be only about £5.

The mother, who does not want to be identified, had thought it was supposed to last 10 school days and should have been worth £30.

But Chartwells said it was actually only intended to last one school week, but acknowledged it was insufficient.

It said in a statement: “For clarity this shows five days of free school lunches (not 10 days) and the charge for food, packing and distribution was actually £10.50 and not £30 as suggested.

“However, in our efforts to provide thousands of food parcels a week, at extremely short notice, we are very sorry the quantity has fallen short in this instance.”

It added that its “10-day hampers” typically included a wide variety of nutritious food items to support the provision of lunches for children.

Marcus Rashford had shared images of what appeared to be food parcels, saying they were “not good enough”, that children should not go hungry and that “we must do better” – and he asked for a meeting with Chartwells.

This prompted Downing Street to say it was “completely unacceptable”, and that the parcels should be healthy and sufficient for the task.

A spokesman for Chartwells, which is owned by Compass group, said it had now had time to investigate the photo.

The photo showed five days worth of food rather than the 10 days suggested, he said, but he acknowledged that it was not sufficient.

“In our efforts to provide thousands of food parcels a week at extremely short notice we are very sorry the quantity has fallen short in this instance.

“Our 10-day hampers typically include a wide variety of nutritious food items to support the provision of lunches for children.”

He added that the firm would further enhance its food parcels following the Department for Education’s additional allowance of £3.50 per week per child, in line with nutritional guidelines.

The DfE which has clear guidelines for parcels, will shortly be opening a similar voucher scheme to the one operational during the first school lockdown.

During the lockdown, schools have been told to continue providing free meals for those who are learning at home and have currently been urged to use their usual caterers to offer food parcels.

If schools cannot provide parcels, they can consider other arrangements, which might include vouchers for local shops and supermarkets.

The post prompted others to complain about the food being provided by schools generally.

Mother-of-three, Kerry Wilks, from Redcar in north-east England, received a package at her youngest child’s school containing a loaf of bread, three yoghurts, a tin of beans, tuna, two potatoes, four pieces of fruit and two slices of cheese.

“Even the teaching staff were quite embarrassed by giving them out,” Ms Wilks, 38, said.

“I think what’s really bugged me about it is the fact that there’s two pieces of square cheese wrapped in cling film – I just find it so degrading.”

Chef Wayne Sullivan, who lives in the Cotswolds and has three school-age children, said he has been collecting packed lunches from his two boys’ school daily and was “horrified” by the contents and posted an image online.

Mr Sullivan, a former MasterChef contestant, told the BBC: “There’s probably about 55p worth of food. It’s not been prepared with any care or attention, and nutritionally it’s not balanced.”

Jack Monroe, food campaigner and chef, said the government should reinstate the voucher system “that gave people dignity” and allowed people to make choices about what they could feed themselves and their children “in these difficult times”.

Meanwhile, some head teachers have been going to extraordinary lengths to make sure their pupils can eat”.

Zane Powles, assistant head teacher at Western Primary School in Grimsby, said the night after the school lockdown was announced, he went to the supermarket to get “all our packed lunches for the next two days”.

What he bought was “much better” and cheaper than what he gets from the company he uses, he said.

A spokesman for Laca, the School Food People, said it was “disappointed” to see the pictures of food parcels, adding they did not meet the standards.

After his meeting with Chartwells, Rashford said: “One thing that is clear is that there was very little communication with the suppliers that a national lockdown was coming.

“We MUST do better. Children shouldn’t be going hungry on the basis that we aren’t communicating or being transparent with plans. That is unacceptable,” the footballer added.

Reacting to the initial images, Sir Keir Starmer tweeted that the food appeared to be “woefully inadequate” and said it needed “sorting immediately”.

“We’ve increased funding for parcels and will support local vouchers – national voucher also rolling out ASAP, working night and day on this. Hope your kids are ok.”

The DfE says it will open a national scheme to provide supermarket vouchers via an online portal “as soon as possible”.

What does guidance on food parcels say?

Rashford has been a high-profile campaigner for children on free school meals and brought about several U-turns on the provision of food during the school holidays.

In Scotland – where holiday provision is currently promised up to Easter 2021 – both the SNP and the Scottish Conservatives have pledged to fund free school meals for all primary school pupils during term-time and holidays if they win the 2021 Scottish election.

Have you received a food parcel? Share your experiences. Email haveyoursay@bbc.co.uk.