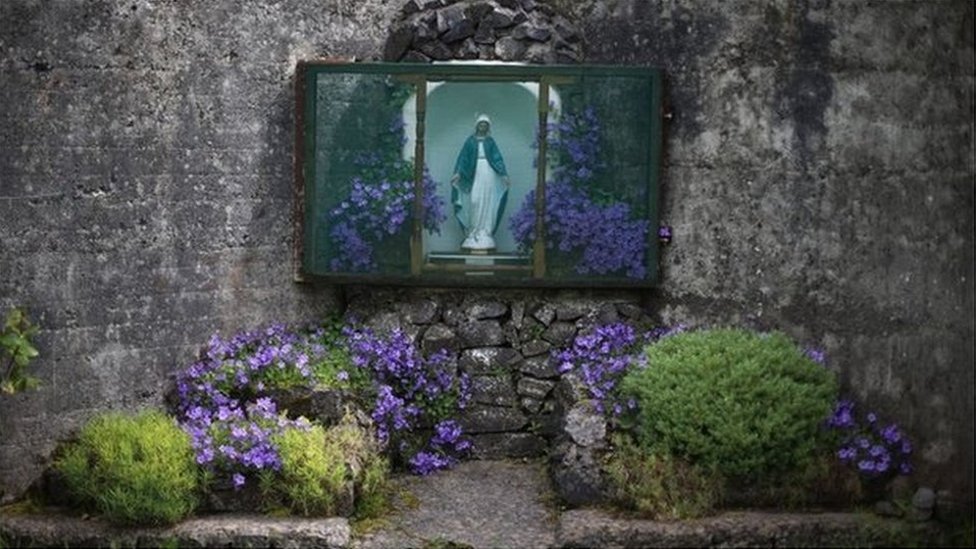 The Irish government is to apologise for the hurt experienced by many former residents of mother and baby homes.

A report into 18 institutions, which were used to house women and girls who became pregnant outside marriage, was published on Tuesday.

Irish minister Roderic O’Gorman it showed that Ireland for decades had a “stifling, oppressive and brutally misogynistic culture”.

The homes were established in the 19th and 20th centuries.

The report made 53 recommendations, including issues including compensation and memorialisation.

Most of the children born there were adopted or spent time in orphanages run mainly by Catholic nuns.

The publication of the report on Tuesday afternoon was a “landmark moment for the Irish state”, said Mr O’Gorman.

The commission’s investigation reveals the truth of what happened, within the walls of mother and baby homes and beyond them, to many thousands of women and children.

He said it made clear that for decades a “pervasive stigmatisation of unmarried mothers and their children robbed those individuals of their agency and sometimes their future”.

The report goes on to say “the women and children should not have been in the institutions” and that many women suffered emotional abuse.

The investigators said it appears there was “little kindness” shown to the mothers and “this was particularly the case” during childbirth, which many of the women found “a traumatic experience”.

There were also similar Protestant institutions, such as Bethany Home.

The homes became an international news story in 2014 after significant human remains were found in the grounds of a former home in Tuam, County Galway.

Local historian Catherine Corless found that 796 children had been buried there.

In response, the Irish government established an independent Mother and Baby Homes Commission.

In an interim report, the commission found that some babies were buried in 20 chambers inside what was a larger decommissioned sewage tank.

It tells the story of a woman seeking to find her son who was adopted by an American couple.

Taoiseach (Irish prime minister) Mícheál Martin has said it is “regrettable” that the final report was leaked to the Sunday Independent newspaper before those affected had the chance to see the findings.

Children’s Minister Roderic O’Gorman said he was very angry about the leak.

Survivors of the homes also expressed their anger.

The newspaper also carried an interview with Mr Martin about the report in which he said the findings were a “shocking and difficult read”.

The report is expected to find that 9,000 children – one in seven – died in the 18 institutions investigated.

Despite that high figure, the commission is also expected to say that no-one raised the alarm.

Bethany Home was not included in the terms of reference much to the anger of former residents.

In the Dáil on Wednesday, Mr Martin is expected to apologise formally to the victims on behalf of the state and wider society.

Because of attitudes at that time towards babies born outside marriage, it was often the women’s families who sent them to the homes.

The report is expected to be the last in a series to shine a light on a very different and very clerical Ireland.