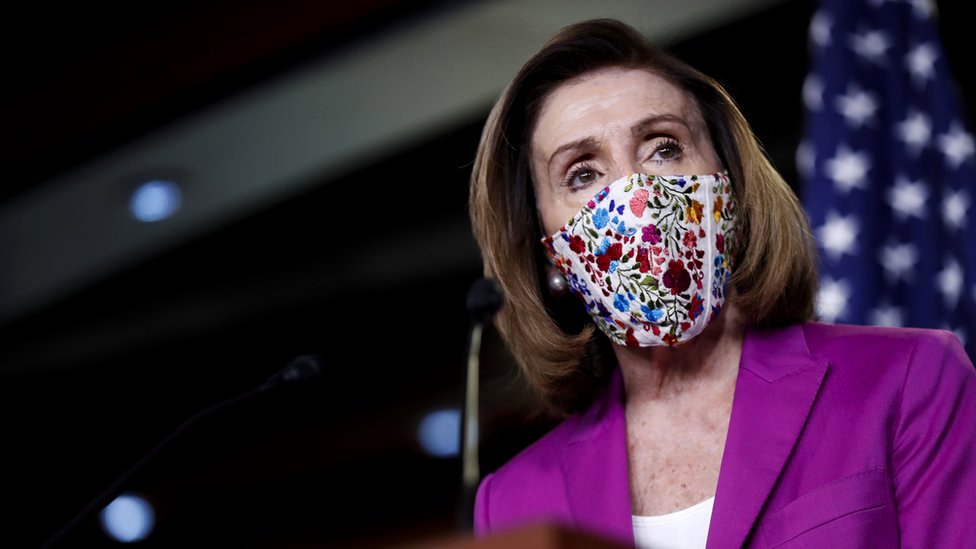 Publishedduration51 minutes agoimage copyrightGetty Imagesimage captionNancy Pelosi told House Democrats they needed to “act with urgency”US House Speaker Nancy Pelosi has stepped up the pressure on Vice-President Mike Pence to act to remove Donald Trump from office over his role in last week’s storming of the Capitol.Lawmakers are expected to bring up a resolution asking…

US House Speaker Nancy Pelosi has stepped up the pressure on Vice-President Mike Pence to act to remove Donald Trump from office over his role in last week’s storming of the Capitol.

Lawmakers are expected to bring up a resolution asking Mr Pence to invoke the 25th Amendment to declare the president unfit for office.

Mr Pence is said to oppose the idea.

If he refuses, Democrats will vote to impeach Mr Trump who had urged supporters to march on the Capitol.

The Republican president has been accused by Democrats and an increasing number of Republicans over the riot, following a rally in which Mr Trump repeated unsubstantiated allegations of vote fraud. Five people died in the attack, including a Capitol police officer.

Mr Trump has made no public statements since he was banned from several social media platforms – including Twitter – on Friday.

He is due to leave office on 20 January, when Democrat Joe Biden will be sworn is as president. Mr Trump has said he will not attend Mr Biden’s swearing-in ceremony.

Ms Pelosi wrote to lawmakers saying the House of Representatives would present a resolution on Monday to formally request that Mr Pence invoke the 25th Amendment to the Constitution, which would allow Mr Pence to remove Mr Trump from the White House and become acting president.

The House could vote on the resolution on Tuesday. After that, Mr Pence and the cabinet would be given 24 hours to act before the House’s potential move toward impeachment.

“We will act with urgency, because this president represents an imminent threat to both,” Ms Pelosi said in her letter on Sunday. “The horror of the ongoing assault on our democracy perpetrated by this President is intensified and so is the immediate need for action.”

Although Mr Pence has appeared to distance himself from the president by saying on Sunday he planned to attend Mr Biden’s inauguration, there is no sign that the vice-president is prepared to invoke the amendment.

Meanwhile, a second Republican senator, Pat Toomey of Pennsylvania, said the president should “resign and go away as soon as possible”, joining Lisa Murkowski of Alaska.

What if Pence does not act?

House Democrats have vowed to press ahead quickly with impeachment. To impeach, in this context, means to bring charges in Congress, and Ms Pelosi said Democrats could introduce a charge of “incitement of insurrection” against Mr Trump.

Senior lawmakers say a vote to impeach Mr Trump in the House could then be held by mid-week. Mr Trump could become the only president in US history to have been impeached twice.

Proceedings would then move to the Senate for a trial, where a two-thirds vote is necessary for a president’s removal. If he is convicted, the Senate could also hold a vote to bar Mr Trump from holding public office again.

However, House whip James Clyburn, another senior Democrat, told CNN the party may not send any articles to the Senate until after Mr Biden’s first 100 days in office, saying: “Let’s give President-elect Biden the 100 days he needs to get his agenda off and running.”

That would allow Mr Biden to confirm his new cabinet and kick-start key policies including tackling coronavirus, something that would have to wait if the Senate had already received the impeachment articles.

No Republican senators have said they will vote to convict Mr Trump of wrongdoing. The White House and senior Republicans have dismissed impeachment as a “politically-motivated” move that would “only serve to further divide our great country”.

Mr Biden has said impeachment is for Congress to decide, even though he has thought “for a long time President Trump was not fit to hold the job”.

What about the investigation into the riot?

As investigators try to prosecute rioters who stormed the Capitol, police departments in Virginia and Washington state have placed officers on administrative leave for allegedly attending the events while off-duty.

Fire departments in Florida and New York City have also said some of their members may have been present when the mob broke into the Capitol, according to Reuters news agency. 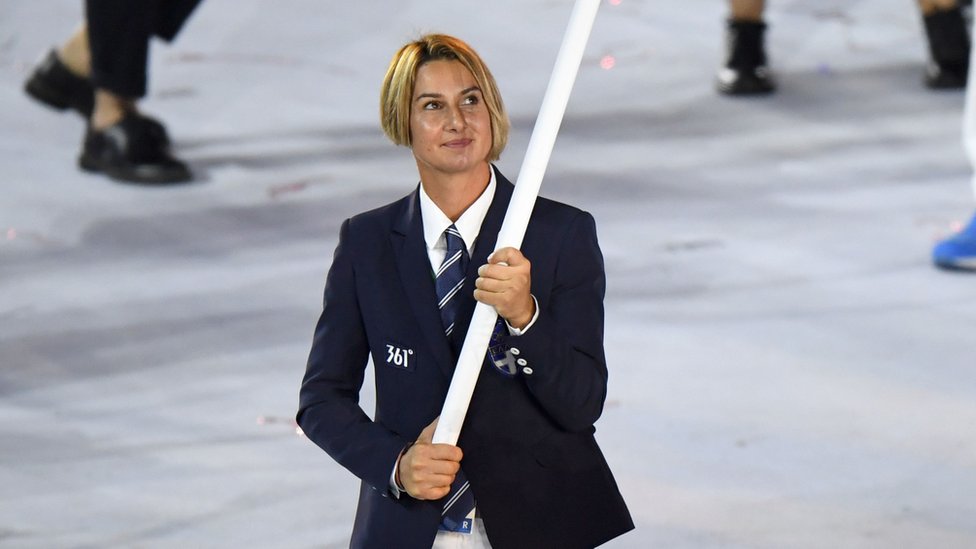