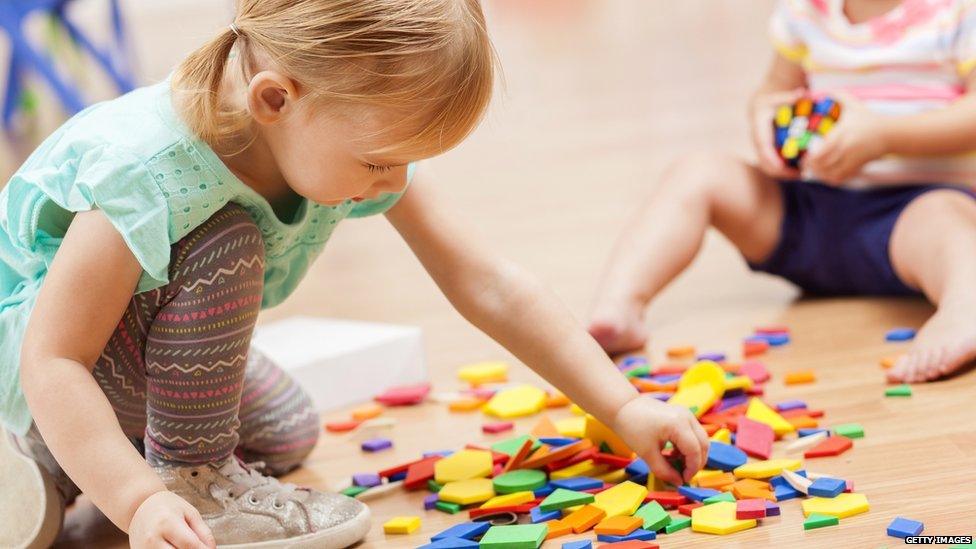 Publishedduration2 hours agoimage copyrightGetty ImagesEngland is under a third national lockdown to try to prevent hospitals from being overwhelmed, amid high coronavirus infections.The decision came after UK chief medical officers recommended that the Covid threat level be increased to five – the maximum level. The government has published details about things you can and can’t…

England is under a third national lockdown to try to prevent hospitals from being overwhelmed, amid high coronavirus infections.

The decision came after UK chief medical officers recommended that the Covid threat level be increased to five – the maximum level.

The government has published details about things you can and can’t do – which have prompted a number of questions.

Why are nurseries still open?

The government has decided to close both primary and secondary schools, but not nurseries. At a briefing, Boris Johnson was asked by a member of the public why this was the case.

The Prime Minister said he believed “all places of education are safe” but that there were “very, very important reasons” to keep early years provision open, because it would help key workers and vital services to continue.

But all educational settings remain open to key workers, including primary and secondary schools.

When asked a similar question by the BBC on Monday, Chris Whitty gave a broader answer, saying “the reason that nursery schools are open is to allow people who need to go to work or need to do particular activities, to do so. And we all do know that children are very, very low risk of this virus relative to other ages, so it’s not zero risks but it’s a very low risk.”

The government has been advised younger children are less likely to pass on coronavirus than older children.

In the Sage minutes from 22 December, the scientific advisers say the “closure of secondary schools [is] likely to have a greater effect than closure of primary schools”.

But outbreaks have been linked to nurseries. Since September, 10% of coronavirus outbreaks or clusters in educational settings have taken place in an early years setting, according to Public Health England.

Coronavirus poses a much lower risk to younger children and there is limited evidence it spreads in that age group. Scientists are still investigating the new variant, but there is no evidence it causes more severe illness in any age group.

Why did schools reopen for a day?

Primary schools in many parts of the country welcomed pupils back on the Monday after the holidays. But after one day of in-person teaching they closed again to the majority of children, who are now learning remotely.

The prime minister said in his statement on the Monday evening: “Parents whose children were in school today may reasonably ask why we did not take this decision sooner.”

He stressed that children would still be safe at school, but that they were being closed because they could “act as vectors for transmission, causing the virus to spread between households”.

But on the Andrew Marr Show on Sunday – the day before – Mr Johnson said: “There is no doubt in my mind that schools are safe and that education is a priority,” and urged parents of primary school children to take them to school if their schools were opening.

The government says it had to act after the coronavirus risk was raised to level five the day that schools reopened. This had never happened before and indicates there is a risk of the health service being overwhelmed.

At his press conference on the Tuesday, Mr Johnson said he had wanted to do everything possible to keep schools open, “but, alas yesterday, it became clear that the data simply was not going to support that”.

Scientists and governments understand more about the transmission risks posed by different settings than they did last spring. But the rationale for why some activities and services thought too risky during the first lockdown are still allowed, remains unclear.

We asked the Cabinet Office to explain, but they directed us back to the prime minister’s lockdown speech.

Why can elite sport continue?

While indoor and outdoor sports facilities are closed to almost all of the general public, elite sport will be allowed to continue.

Elite sportspeople and those on official elite pathway programmes can continue to train, and will compete behind closed doors.

Mr Johnson said last spring that the decision to allow elite sport to resume would “provide a much-needed boost to national morale”.

Broadcasting sporting events undoubtedly provides a boost to fans, who can watch from their own homes, while athletes are being regularly tested for coronavirus.

But there have been numerous incidents of Premiership football players reportedly breaking coronavirus restrictions, and of matches having to be postponed after players tested positive.

The Department for Culture, Media and Sport told us that “rigorous protocols” have been put in place by sport governing bodies and that when elite athletes are not training or competing “they must adhere to wider public guidance”.

What about places of worship?

Unlike in March, places of worship are also allowed to open in England, although they are closed in Scotland.

Places of worship provide spiritual leadership for many and bring communities together, but their “communal nature” also makes them “vulnerable to the spread of coronavirus”, the government says in its guidance for England.

However, when the lockdown was announced, the Archbishop of Canterbury tweeted: “The government hasn’t suspended public worship, but some may feel it better not to attend in person, and some parishes are expected to offer online services only for now.”

Sage has previously suggested that closing places of worship would only have a low-to-moderate impact on overall coronavirus transmission, but that the setting posed a high risk to vulnerable groups.

During this lockdown, the law says people must only leave their homes for a “reasonable excuse” – such as to exercise or do essential shopping.

Breaching this could result in a fine of £200 for the first offence, doubling for further offences up to a maximum of £6,400.

The Metropolitan Police has said that Londoners breaching the Covid restrictions will be more likely to face fines in this lockdown, having instructed officers “to issue fines more quickly to anyone committing obvious, wilful and serious breaches”.

Since March, at least 25,000 fines have been given out in England and Wales, with most of these during the first lockdown for leaving home without a reasonable excuse.

Fines were used far less over the course of the second lockdown.

A return of tougher rules (with fewer “reasonable excuses”) could see these fines increase again.

However, the Police Federation has warned that during this lockdown, there could be added pressure on policing due to officers being off sick or self-isolating – affecting up to 15% of some police forces.