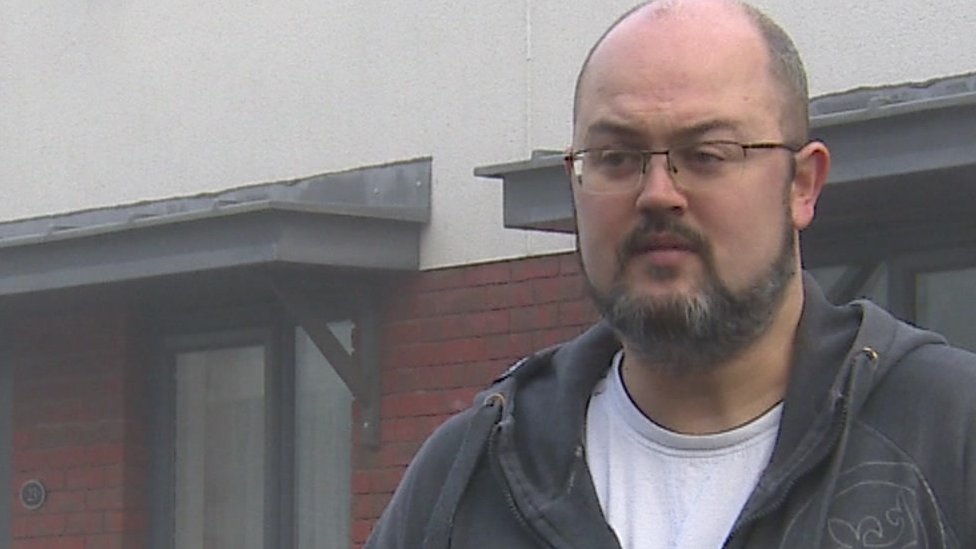 By Cemlyn DaviesBBC Wales political correspondentPublishedduration4 hours agoimage captionAndy Stonely is not eligible for the UK government Covid support schemeA father who has lived on Universal Credit since the Covid-19 pandemic started has called on the UK government to be “more flexible” with its support.Driving instructor and dad-of-three Andy Stonely is not eligible for the…

A father who has lived on Universal Credit since the Covid-19 pandemic started has called on the UK government to be “more flexible” with its support.

Driving instructor and dad-of-three Andy Stonely is not eligible for the government’s Covid support scheme.

The Federation of Small Businesses Wales has also asked for changes ahead of the next round of grants.

The Treasury said its Self-Employment Income Support Scheme was “one of the most generous in the world”.

However, Mr Stonely from Newport hasn’t been self-employed for long enough to qualify – so the 35-year-old has had to rely on financial support from his parents.

“I count myself somewhat lucky because I have been able to claim for Universal Credit,” he said.

“But obviously it’s minimal and luckily through the help of parents I’ve been able to keep afloat.

“It’s been tough. It would have been ideal if the government was just slightly more flexible.”

Mr Stonely, who hasn’t been able to work for much of the past year due to lockdown restrictions, said Universal Credit was worth “less than half” of his normal earnings.

At the same time, the coronavirus crisis has forced his wife to give up her job to look after their three children, aged three, six and 17.

Asked how much longer his family could sustain itself if the current restrictions continue, Mr Stonely told the BBC’s Politics Wales show: “Not too much longer… we’re going to be in a very tough situation.”

Mr Stonely is part of a local driving school franchise managed by Gareth Denny, who said 11 of his 43 instructors were in this position.

“If you imagine that somebody lives their life to their income and suddenly there’s absolutely no income to pay their mortgage and their bills, Universal Credit simply doesn’t pay most people’s mortgage,” Mr Denny said.

Recent research commissioned by the Community and Prospect trade unions and the Federation of Small Businesses found 53% of self-employed people across the UK had lost more than 60% of their income since the pandemic began.

In addition, 64% of people said they were now either “unsure” or “less likely” to want to be self-employed or freelance in the future.

“These are normal people who have mortgages, families to support, who’ve just had to fund a Christmas for the families,” said Ben Francis of Federation of Small Businesses Wales.

“All those bills are now mounting up the other side of Christmas, and after having an already extremely difficult 12 months, they’ve now got to see how they manage through the months ahead.

“We would ask UK government to be flexible in their approach to verifying the statuses of these newly self-employed businesses.”

The Community union warns with small businesses “struggling to get back on their feet”, more people will leave self-employment.

“That will be a disaster for our economy, for local economies, for their livelihoods and their families,” said Kate Dearden of Community.

“This section of the UK workforce plays a fundamental role and should be properly supported to continue to do so.”

The Treasury has already committed to extending the Self-Employment Income Support Scheme until April 2021, although the eligibility criteria for the next round of grants is yet to be published.

A spokesman said the scheme had “helped more than 2.7 million people so far, claiming over £13.7bn”.

He added: “Funding is designed to target those who need it most and protect the taxpayer against fraud and abuse.

“Those not eligible may still be able to access our loans schemes, tax deferrals, mortgage holidays and business support grants.”