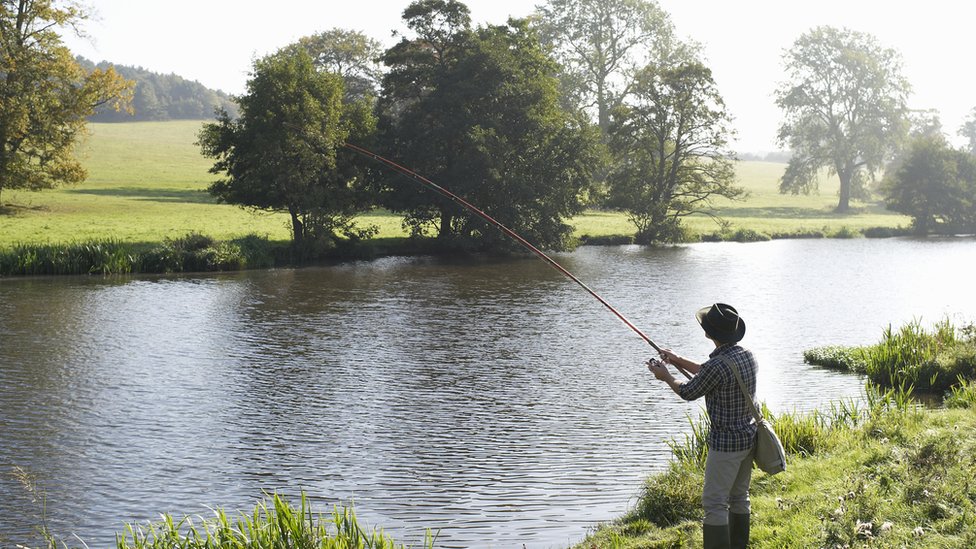 By Sophie MaddenBBC News, West MidlandsPublishedduration4 hours agoimage copyrightGetty Imagesimage captionFishing “clears the mind of other worries” says John Ellis from the Canal and Rivers TrustAnglers have hailed the mental health benefits of the sport after it was given the all-clear to continue, despite lockdown.The government said it would be treated as a form of…

Anglers have hailed the mental health benefits of the sport after it was given the all-clear to continue, despite lockdown.

The government said it would be treated as a form of exercise, but subject to restrictions such as social distancing.

Regulations mean people in England must stay at home except for specific purposes, including exercise, shopping for essentials and childcare.

Figures show thousands more people have taken up fishing during the pandemic.

John Ellis, national fisheries and angling manager for the Canal and Rivers Trust, said rod licence sales increased by 17% over the last year, the equivalent of about 100,000 people – some new to the sport and others returning.

He said, despite the colder weather which usually causes a drop in fishing, there are more people out than in a typical January.

“It is certainly one of few things people can do legally, can do locally,” he said.

Under current restrictions in England, anglers must fish alone, or with members of their household, and must not travel outside their local area.

The government regulations permit people to meet for exercise, but not “for recreational or leisure purposes”.

The Department for Culture Media and Sport told the BBC while angling could continue, overarching government guidance meant people should minimise time spent outside their homes.

Mr Ellis said he had received emails from parents pleased their children could go fishing at the weekend, adding that for some people it was linked to their mental wellbeing.

“When you are focussing on fishing, it is very hard to think about anything else, it clears the mind of other worries, at least temporarily,” he said.

Headway Birmingham & Solihull, a charity which helps people living with brain injuries, runs regular fishing sessions, which were very popular with its clients.

“It encourages them to be more active and get some fresh air out in the countryside,” she said.

“It also helps their motivation and mental wellbeing, giving them something to look forward to each week, something to talk about and a chance to form friendships with others who enjoy fishing too.”

Spencer Moore, a bailiff for Blackfords Progressive Angling Society, based in South Staffordshire, said the sport was perfect for social distancing.

“There are people furloughed, sitting in their house or working from home, but at least they can fish and can get out and wind down,” he said.

“Being a fisherman, you are on your own on your peg. Someone might be on another peg, but they can be 20 to 30ft away, so you are nowhere near anyone else.”

Chris Wood, from Shrewsbury Anglers Club, said the group had seen a definite “upsurge” in interest during the pandemic.

But, he said, it had also seen an increase in illegal fishing by people who were not aware of the proper permits needed.