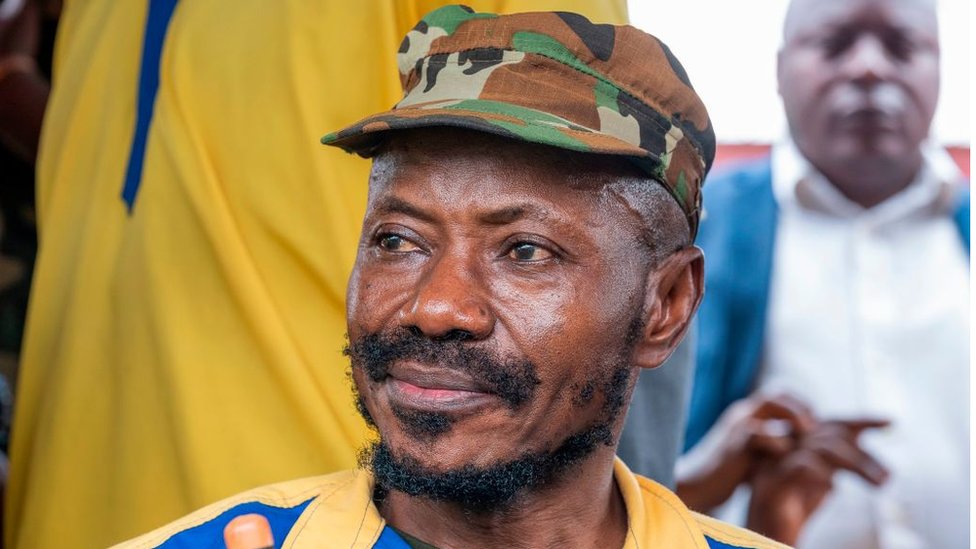 Publishedduration2 hours agoimage copyrightAFPimage captionCol Eddy Kapend was a senior officer to assassinated President Laurent KabilaTwenty-three soldiers accused of being behind the assassination of former president of Democratic Republic of Congo have been released after spending nearly two decades behind bars.Laurent Kabila was shot dead by a bodyguard in 2001. A military trial that followed…

Twenty-three soldiers accused of being behind the assassination of former president of Democratic Republic of Congo have been released after spending nearly two decades behind bars.

Laurent Kabila was shot dead by a bodyguard in 2001. A military trial that followed jailed dozens of soldiers, including Col Eddy Kapend, his personal aide.

Some in DR Congo believe the soldiers were used as scapegoats.

There has been much speculation about who gave the orders for Kabila’s assassination, including suggestions that foreign powers were involved, as it came at a time when several neighbouring countries were involved in the conflict in DR Congo.

The soldiers’ release follows pardons issued by President Félix Tshisekedi who took over from Joseph Kabila, the son of the late president, two years ago.

Mr Kabila repeatedly resisted calls to pardon the prisoners – 11 of whom died whilst in custody.

The release comes amid a power struggle between President Tshisekedi and his predecessor, who continues to wield considerable influence in the country.

Mr Tshisekedi ended his coalition with Mr Kabila’s party – which holds a majority in parliament – following years of tension.

The president is currently seeking new coalition partners that would give him a majority in parliament.

Families and supporters of the soldiers gathered outside Makala prison in the capital, Kinshasa, to celebrate their freedom, the BBC’s Elodie Toto reports.

“We are filled with joy because after 20 years… he comes out with dignity,” Franck Irung Kapend, the son of Col Kapend, told our reporter.

Col Kapend was Laurent Kabila’s right-hand man. He was found guilty of having been the mastermind of the assassination, along with several other members of the late president’s security team, including the then intelligence chief Georges Leta. Both men denied any part in the plot.

They have been held in Makala prison since their conviction – a facility that has a capacity of 1,500 but currently has at least 9,000 prisoners, our reporter says.

The release of the soldiers was the end of a campaign pushing for their freedom, according to Grace Tshunza from rights group Dynamique Impunité Zéro.

“The head of state listened to us,” she said.

But Deputy Minister of Justice Bernard Takaishe said the release was for “humanitarian reasons”, adding that the presidential pardon would not erase the soldiers’ criminal records.

He added that the pardons were not a “blank cheque” warning them that “you can’t just go out tomorrow and get yourself into the kind of situation which deprived you of your freedom”.

Mr Takaishe said the prisoners’ release “was to put the country back on track, to bring some peace to the Congolese people.”