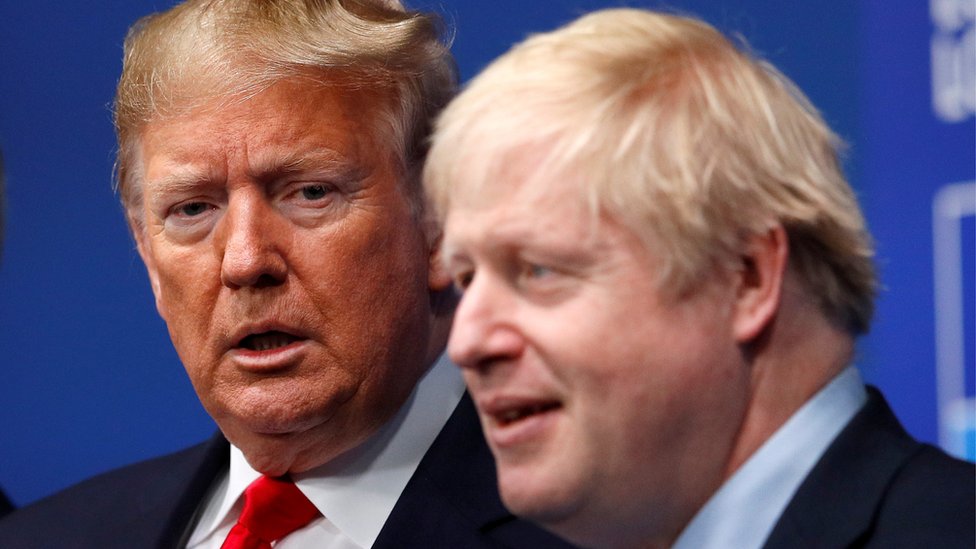 Publishedduration17 minutes agomedia captionPriti Patel says Donald Trump was wrong for not condemning the violenceDonald Trump’s comments “directly led” to his supporters storming Congress and clashing with police, Home Secretary Priti Patel has said. Four people have died after a pro-Trump mob stormed the building in a bid to overturn the election result.President Trump had…

Four people have died after a pro-Trump mob stormed the building in a bid to overturn the election result.

President Trump had urged protesters to march on the Capitol after making false claims of electoral fraud.

Ms Patel said the president’s words had fuelled the violence and he “didn’t do anything to de-escalate that”.

Earlier, Prime Minister Boris Johnson condemned the “disgraceful scenes” and called for a “peaceful and orderly transfer of power”.

Mr Trump has since said there will be an “orderly transition” to Democrat Joe Biden, whose November election victory has now been certified by US lawmakers.

But he added that he continued to “totally disagree” with the outcome of the vote, repeating his unsubstantiated claims of electoral fraud.

Hundreds of the president’s supporters stormed the Capitol – where lawmakers were meeting to confirm Mr Biden’s election victory – and staged an occupation of the building in Washington DC.

Both chambers of Congress were forced into recess, as protesters clashed with police and tear gas was released.

The home secretary said: “His comments directly led to the violence, and so far he has failed to condemn that violence and that is completely wrong.”

She added: “He basically has made a number of comments yesterday that helped to fuel that violence and he didn’t actually do anything to de-escalate that whatsoever… what we’ve seen is completely unacceptable.”

The home secretary added that America “needs to move on” and have the transition of power from Mr Trump to Mr Biden.

A woman died after being shot by police, and three others died as a result of “medical emergencies”, local police said.

Politicians across the UK’s political parties lined up to condemn the scenes in Washington.

Mr Johnson tweeted: “The United States stands for democracy around the world and it is now vital that there should be a peaceful and orderly transfer of power.”

Foreign Secretary Dominic Raab said there was “no justification for these violent attempts to frustrate the lawful and proper transition of power”.

But senior Welsh Conservative Andrew RT Davies has been criticised after comparing the rioting to politicians who supported a second referendum on Brexit.

Mr Davies, a member of the Welsh Parliament, later tweeted that “violence must never be tolerated”.

President Trump later called on his supporters to “go home”, while continuing to make false claims of electoral fraud. Twitter and Facebook later froze his accounts.

Meanwhile, Work and Pensions Secretary Therese Coffey has defended the prime minister’s response to the rioting.

Asked on ITV’s Peston programme why Mr Johnson hadn’t criticised Mr Trump, she said: “The prime minister has been clear tonight that we need a peaceful and orderly transition.”

Ms Coffey added that events in the US were a “reminder that democracy is something precious – and will only continue to thrive as long as we protect institutions that make this country important and not demean each other when the majority of what we want to achieve is similar outcomes”.