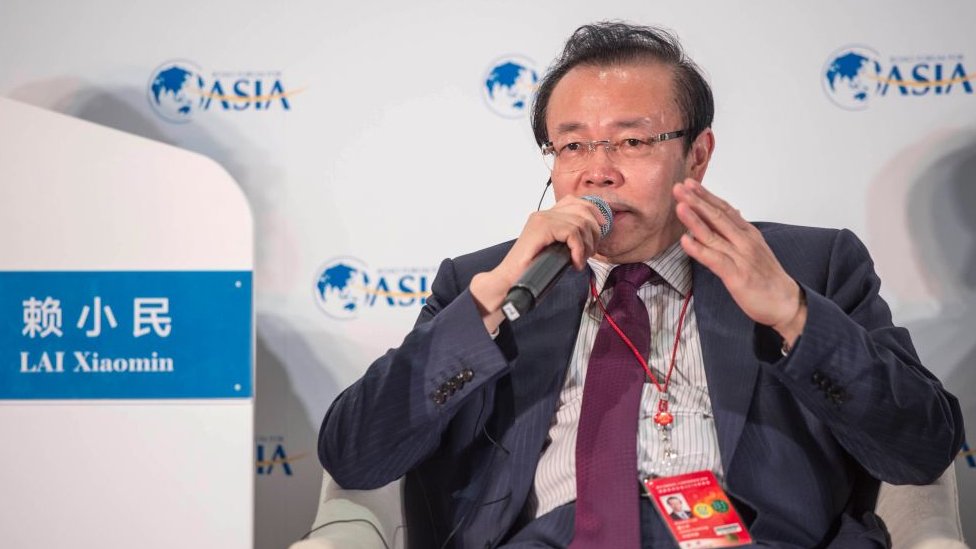 By Justin HarperBusiness reporter, BBC NewsPublishedduration4 hours agoimage copyrightGetty ImagesThe death penalty handed out to a former Chinese finance chief found guilty of corruption has been heavily criticised by human rights activists.Lai Xiaomin was arrested in 2018 on charges of taking 1.8bn yuan (£200m, $280m) in bribes over a 10-year period.It is one of the…

The death penalty handed out to a former Chinese finance chief found guilty of corruption has been heavily criticised by human rights activists.

It is one of the most severe sentences to stem from President Xi Jinping’s anti-corruption drive.

Chinese officials said crimes committed by Mr Lai were during his time as chairman of Huarong Asset Management. The financial firm was set up in 1999 to to take bad debts off China’s largest state-owned banks.

On Tuesday, a court in the northern city of Tianjin, said his crimes had “caused serious losses to the interests of the country”.

‘killing the chicken to show the monkeys’

Mr Robertson said the death penalty should be immediately commuted to prison time.

“By imposing this sentence, China is clearly taking a major step backwards on rights in what appears to be an effort to create fear among businessmen.”

Human Rights Watch calls the tactic ‘killing the chicken to show it to the monkeys’ so it “makes an example of one person to instil obedience in all the others.”

Yaqiu Wang, a China researcher at Human Rights Watch, added that President Xi “has little intention to end or slow down the campaign” to stamp out corruption.

Human Rights Watch added that it opposes the death penalty in all circumstances as “inherently cruel, and believes it violates of the right to life and fundamental dignity that all human beings possess.”

The group has called on the Chinese government to impose an immediate moratorium on its use.

The asset management company which is listed on the Hong Kong stock exchange, also developed its own brokerage, insurance and leasing arms.

Caixin, a finance magazine in China, reported that 100 properties developed by a Huarong subsidiary in south China were distributed to Mr Lai’s ex-wife and mistresses.

China’s Communist Party has taken an increasingly tough stance on corruption among government officials and corporate executives, with more than one million punished.

In 2016, China raised the threshold for capital punishment related to corruption to 3m yuan from 100,000 yuan, but the penalty has seldom been used.