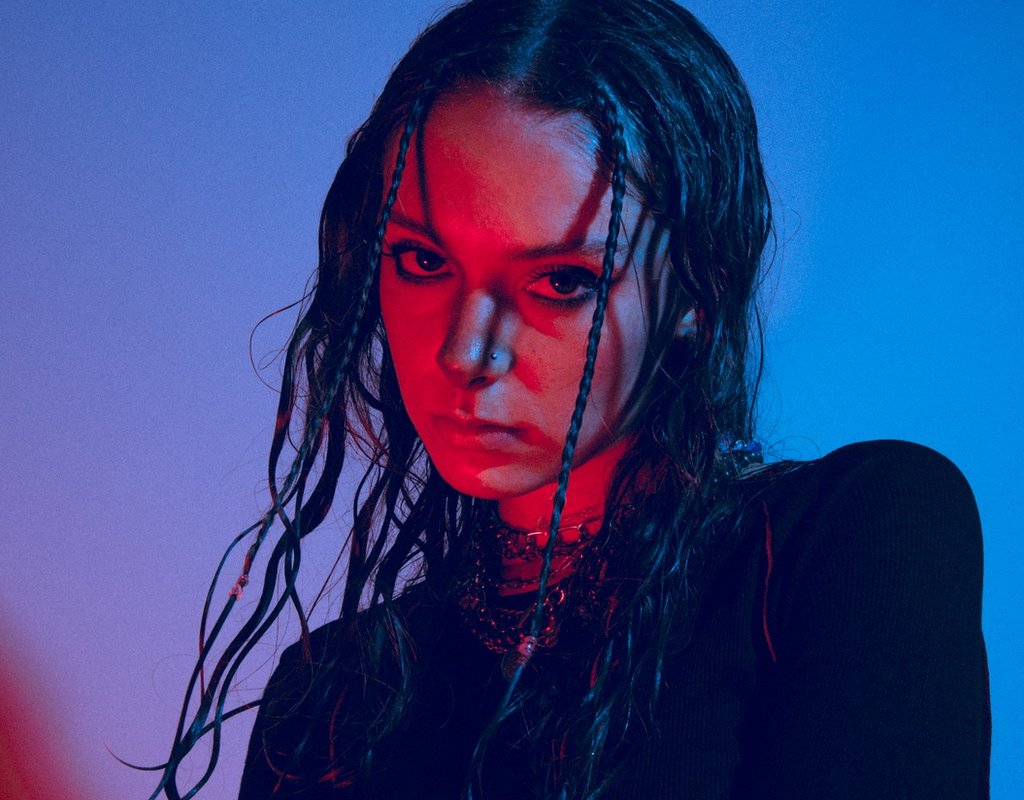 By Mark SavageBBC music reporterPublishedduration3 hours agoimage copyrightHolly Humberstoneimage captionThe singer started writing by putting TS Elliot poems to musicHolly Humberstone has high standards.When the 21-year-old sits down to write her emotionally-captivating pop songs, she doesn’t just want them to be memorable. She wants them to be indelible.”When we were writing, we said that if…

When the 21-year-old sits down to write her emotionally-captivating pop songs, she doesn’t just want them to be memorable. She wants them to be indelible.

“When we were writing, we said that if a lyric isn’t painfully honest and really brutal, then it can’t be on the song,” she says.

“That’s what I aim for: If it doesn’t look like a really dodgy, tattoo-on-the-arm lyric, then it doesn’t go on.”

So far, no-one’s actually inked one of her songs onto their wrist (“obviously I’m doing something wrong,” she laughs) but it won’t be long.

Humberstone’s sparse arrangements and effortless vocals focus your attention on those lyrics – a mixture of acutely-observed detail and conversational asides.

“You never smoked this much before we met,” she sings on the recent single, Falling Asleep At The Wheel, raking over the embers of a dying relationship. “Don’t know how I got you in such a mess.”

On the forthcoming single Scarlett, she captures the messy imperfection of a teenage friendship in one line: “We go together / Like bad British weather / On the one day I made plans.”

Born in Grantham, Lincolnshire, she was encouraged to be creative by her parents – both doctors – who banned TV in the house so she would make up songs from poetry books.

While she was still at school, she uploaded songs to her local BBC Introducing show, and made her radio debut a week later. That led to an appearance at Glastonbury, where she was spotted by Lewis Capaldi – who invited her on tour at the start of 2020.

Although Covid ruined her plans for the rest of the year, she’s amassed more than 65 million streams for her debut EP, and has just come second on the BBC’s Sound Of 2021 – which aims to predict the most exciting new music for the coming year.

She talked to BBC News about her early “crap” songs, finding her sound and living in a haunted house.

Congratulations on making the BBC Sound of 2021 list. After a year of being stuck at home, does any of this feel real?

Not really, no. So far, my whole career feels like it has been over social media. I’ve never done a headline show or anything like that, so I’m really looking forward to being able to play live again in a few months.

Just before lockdown, you supported Lewis Capaldi at Wembley. What was that like?

I didn’t expect to be doing Wembley. I was booked for the Europe leg of the tour – and I was terrified because I’d gone from playing to 200 people to 12,000 in the space of a month or two.

Wembley happened when the American support act couldn’t come over because of Covid. I was like, “Fine. If you’re forcing me, I’ll do it!”

“But I’ll need a bigger dressing room and 10 puppies.”

Yeah. And I want bottles of champagne and stuff like that! But it was so cool: Doing a tour like that made me realise just how badly I wanted that for myself.

And then, of course, Covid struck… How did you spend the rest of 2020?

It was really hard at first. There’s nothing inspiring about being stuck inside. And I put a lot of pressure on myself, because everyone else was like, “Oh brilliant, loads of time to write, we’re going to come out with so much stuff at the end of lockdown”.

But after a few weeks I was like, “Okay, I’ve just got to chill and use the time to my advantage”. And I’ve actually had loads of fun writing on my own and not having too many people tell me what to do!

You moved back in with your parents and sisters. How did that go – because when I was 20, going home was wonderful for about two weeks and then I’d be like, “would you all just leave me alone.”

Oh my gosh, definitely. At the start it was like that. I’ve got a big family, with lots of strong opinions – there’s four girls and we’re all really close in age and there’s lots of stubbornness.

But actually, because the world was in a state of crisis, it ended up being a really special family time – having my mum’s home-cooked meals and sleeping in my own bed. It’s pretty nice set-up!

So, for people who only know of Grantham as the birthplace of Margaret Thatcher – what was it like growing up there?

It’s a really, really rural part of England. Quite old fashioned and feudal. But I had a really lovely childhood because we’re in this really old, freezing cold, falling down house about 20 minutes out of town; and my parents always encouraged us to be creative.

My dad’s obsessed with poetry, and he used to put little poetry books in front of me – like Leonard Cohen or TS Eliot. I didn’t understand anything they were talking about, but I used to make up little songs to them.

Then I started off writing kind of crap songs [of my own], and parents were like, “Oh, this is great, she’s doing something creative!” And somehow I ended up doing my hobby as a job.

They were, like, seven-year-old me writing about boys I fancied at school. I’m always finding the notebooks around the house and they’re so cringey. It’s hilarious.

Your first break came from BBC Introducing in Nottingham. What were your hopes when you submitted your songs?

I guess I hoped that this would happen – but I never really thought it would!

I went to an all-girls school and it was very focused on languages and science. People didn’t think music was a real job – and fair enough, it’s rural Lincolnshire, you know? But one of my friends’ dads heard my music and he was like, “You should send this to BBC Introducing”.

I’d never heard of it before – but I uploaded some songs in summer 2017 and that same week, [BBC Introducing presenter] Dean Jackson in Nottingham was like, “Come in for a session!” I had this, like, big brick keyboard that we spent ages shoving into the lift for my first filmed session. And I’ve had so much support since then from BBC Introducing in the east Midlands and in Lincolnshire. I’m really grateful for all of it.

That was 2017 – but you didn’t put out your debut EP ’til last year. So what happened in between?

It was a really long process. I knew I could write songs and sing but I didn’t really know what my sound was, so I started doing co-writes. I think that process is pretty standard – you go and meet a load of people and a lot of the time they’re, like, 40-year-old men. I found that process really hard because I find it difficult to be vulnerable with someone I don’t have much in common with.

And then I met this guy Rob Milton, who used to be in a band called Dog Is Dead, who I really loved when I was growing up. I remember writing Falling Asleep At The Wheel [with him] and being like, “Ah, this is the lightbulb moment”.

That lyric is such a perfect metaphor for sleepwalking through a relationship. Do you remember how it came to you?

I had the first line – “You never smoked this much before we met” – and I’d taken it to a few sessions where people were like, “meh.” But when I took it to Rob, he said, “That’s so good. That’s an opening line to something”.

I wanted to sing about this relationship I was going through that had lost its spark – and one of the notes I’d written on my phone said “falling asleep at the wheel”. So that was a really fun time. I love that song.

Why do you think so many people have fallen for your lyrics?

Being exposed to poetry might have something to do with it – but also, I don’t keep a diary, so my songs are my way of working through confusing feelings of growing up and being young. Writing a song clears my head and helps everything make sense. So I think that’s maybe why people are connecting with it – because it’s just universal stuff I’m going through.

Deep End is another song that stands out. Am I right that it was written about one of your sisters, when she was going through a difficult time?

Yeah, that’s right. I find conversations about mental health really hard, so that song was sort of my way of speaking to my sister and telling her that I don’t always understand what she’s going through, but I’m always here.

It was a bit of a hopeless feeling at the time but I think after writing it, it was a weight off my shoulders – and she really loved it, as well.

That was so much fun to film because we did it just outside my house. But it was filmed in January and, if you look on YouTube, there’s so many comments saying, “Her pupils are massive, she must be on pills”. And honestly, it’s just because I was freezing cold! I was literally at the end of my capacity!

Your next single is called Haunted House… is that about your family home?

I think it must be. My best friend Scarlett, her mum has an antique shop and she’s really superstitious – and when she came here, she said that there were ghosts around. It makes sense because it’s such an old house and people have definitely died here. But they must be nice ghosts because this house is such a big part of my soul.

What does a nice ghost do?

Looks after you and watches over you, I guess.

Do they reshelve all the books in alphabetical order?