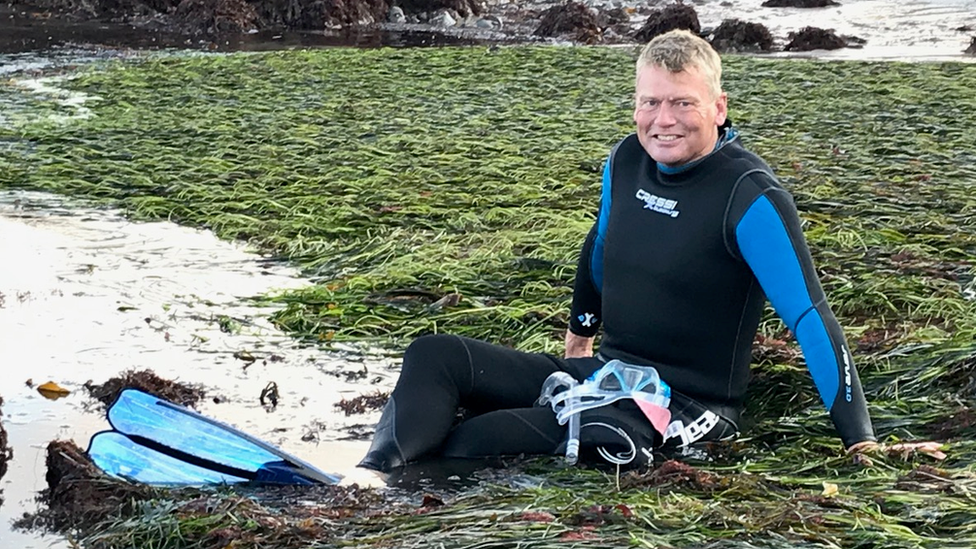 By Tom HeapBBC Radio 4Publishedduration54 minutes agoThis year, 2021, a number of things are coming together to help achieve a low-carbon future. In 25 years of reporting the environment patch I’ve never been so convinced that the world has the potential to change. It’s about politics: recent bolder climate commitments from the UK, the EU,…

This year, 2021, a number of things are coming together to help achieve a low-carbon future. In 25 years of reporting the environment patch I’ve never been so convinced that the world has the potential to change.

It’s about politics: recent bolder climate commitments from the UK, the EU, incoming American President Joe Biden and even China. It’s about business: for the first time ever renewable energy investment will exceed that in fossil fuels. And it’s about timing: a post-Covid recovery year running up to the global COP26 climate summit in November.

But mostly it’s about ideas – an eruption of climate change solutions. Applied human intelligence is the vaccine against climate change.

I’ve been exploring 39 inspiring ideas – some already happening, some in development – and meeting the people behind the projects, who each put a big grin on my face.

Here are five of the most intriguing:

BladeBUG is a rectangular robot which crawls over turbine blades. Imagine a suitcase that sprouted six legs with suction cup feet. Having humans on site to look after marine turbines is risky and expensive, making up 40% of their overall lifetime cost.

But drones will be able to carry BladeBUG to the offshore wind farm before it crawls over the tower and blades using sensors to detect damage or anything reducing its efficiency or lifespan. It can even fill and polish small defects itself.

The International Energy Agency says offshore wind could deliver 18 times today’s global electricity demand – and innovations like this will make it even more affordable and achievable. The BladeBUG will undergo commercial trials this year and plans to reach the market in 2022.

Growing rice has a similar climate impact to flying – about 2-3% of global warming. Paddy fields are like giant marshlands emitting huge quantities of methane.

Rothamsted Research, in Hertfordshire, has developed ‘Direct Seeded Rice’ (DSR) which doesn’t need to be grown in a puddle so uses less water. The plant has also been bred to grow its first roots and shoots more rapidly which is vital for success in a conventional field system.

It’s crossed with existing high-yield varieties and initial results are promising. The water in paddy fields does help to suppress weeds and so this system could need more herbicide but the developers believe farm-ready seeds will be ready in a couple of years with most of the world’s rice grown this way in a decade.

Every seven seconds the sustainable forests of Europe yield enough wood to build a four-person family home. Carbon is absorbed by the growing trunk, locked up in the house and then trees are replanted.

Wooden construction also lessens the enormous carbon impacts of using concrete and steel. Cross Laminated Timber – like a super-thick plywood – enables the use of wood for large areas of floors and walls.

The French government has ruled that all new public buildings must be made from at least 50% timber and a ‘plyscraper’ race is under way with the 18-storey Mjosa Tower in Brumunddal, Norway the current winner.

Around the world taller buildings are on the drawing board but in the UK, building regulation changes in response to the Grenfell Tower fire might limit the use of wood in tall buildings.

In deepest Siberia, Nikita Zimov runs Pleistocene Park. Populated by musk-ox, wild horses and bison, it’s like Jurassic Park but with a friendlier crowd. He wants to protect the frozen ground from thawing and releasing carbon in rising temperatures, but to achieve that he says something that sounds like heresy: “Here trees worsen climate change”.

Arctic forest cover only arrived when humans killed most of the grazing animals including the now-extinct mammoth. As forests are a darker colour than snow-covered grassland, less of the sun’s energy is reflected resulting in more ground heating.

Grazing animals also trample the snow to a thin layer which allows the chill of the air to penetrate into the ground, rather than allowing a thick fluffy snow layer to insulate it.

Nikita, and many supporters in Western universities, would like to see trees suppressed across a vast area of the tundra by mass introductions of grazing animals and some deliberate felling.

For them, this would mean a re-wilding and potential re-cooling of the Arctic. The experimental park is 50 sq-miles (129.5 sq-km) but to have fuller impact he’d like it to be thousands of times bigger.

The International Energy Agency says solar electricity is now being made more cheaply than any other method of production. But solar panels currently only convert around a fifth of the sun’s energy that falls on them into electricity.

Sunlight is made up of the spectrum you see in a rainbow and silicon, found in nearly all solar panels, is best at converting the red part into electricity.

But UK-based company Oxford PV is combining silicon with a material called perovskite – a semi conductor mineral with a crystal structure of titanium calcium oxide – which turns the blue wavelengths into electrical energy. This chemical sandwich can increase the panels efficiency to 30-40%.

They are going into production this year and expect early applications to be on rooftops where customers want to maximise the wattage from a confined area.