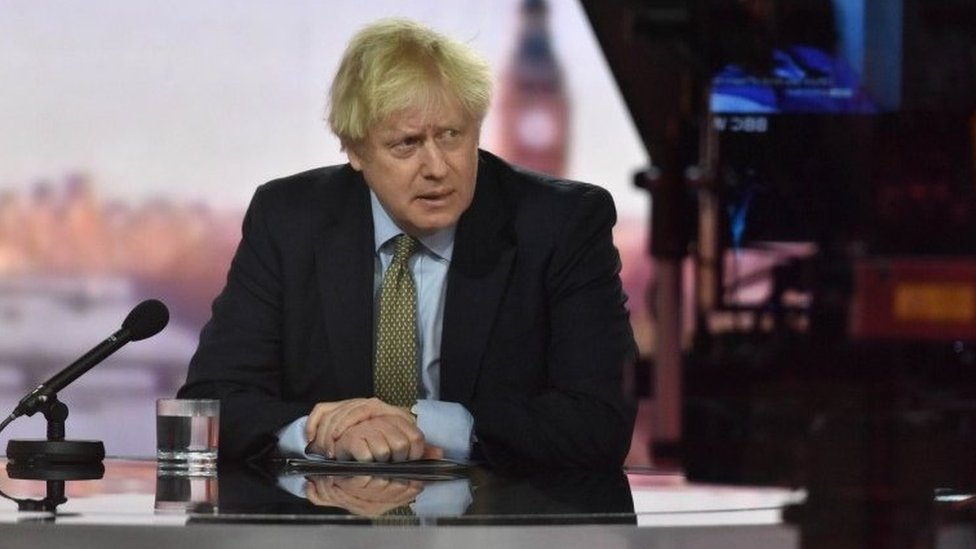 Publishedduration1 hour agoBoris Johnson has reiterated his position that a Scottish independence referendum should be a “once-in-a-generation” vote.Speaking on the BBC’s Andrew Marr programme, the prime minister said the gap between referendums on Europe – the first in 1975 and the second in 2016 – was “a good sort of gap”.However, Mr Marr suggested that…

Boris Johnson has reiterated his position that a Scottish independence referendum should be a “once-in-a-generation” vote.

Speaking on the BBC’s Andrew Marr programme, the prime minister said the gap between referendums on Europe – the first in 1975 and the second in 2016 – was “a good sort of gap”.

However, Mr Marr suggested that now “things had changed” for Scotland.

Andrew Marr asked the prime minister what a voter in Scotland should do if they decided that a second independence referendum was now something they wanted, and what were the “democratic tools” to now do that?

Mr Johnson replied by saying: “Referendums in my experience, direct experience, in this country are not particularly jolly events.

“They don’t have a notably unifying force in the national mood, they should be only once-in-a-generation.”

Asked what the difference was between a referendum on EU membership being granted and one on Scottish independence being requested, he said: “The difference is we had a referendum in 1975 and we then had another one in 2016.

“That seems to be about the right sort of gap.”

The 2014 referendum resulted in a 55.3% vote against Scotland going alone.

On Hogmanay, Nicola Sturgeon said Europe should “keep a light on” as Scotland will be “back soon”.

The first minister tweeted just after the Brexit transition period formally ended at 11:00 on 31 December 2020.

Scotland’s trading and travel relationships with EU countries will now be governed by the agreement announced by the UK government on Christmas Eve.

Ms Sturgeon reiterated the SNP’s call for an independent Scotland to join the EU.

Tweeting a picture of the words Europe and Scotland joined by a love heart, she wrote: “Scotland will be back soon, Europe. Keep the light on.”

SNP depute leader Keith Brown said: “It may be a new year but it’s the same old incoherent bluster from Boris Johnson. The prime minister pretends otherwise but he knows he can’t keep on denying democracy.

“Even his American pal Donald Trump has learned that if you try to stand in the way of the democratic choice of a nation you get swept away.

“The people who will decide our future are the people of Scotland, not Boris Johnson and the Westminster Tories.”

Former Labour prime minister Tony Blair said it was “extremely difficult” to challenge the SNP on independence when the party was “virtually uncontested” in Scotland.

He said: “We had a referendum that rejected Scottish independence, but Brexit put it back on the agenda again. And it’s going to require very careful management. The truth of the matter is it’s still not in Scotland’s interest to separate from England.

“I also think it’s incredibly important, the single most important thing politically to my mind, is that we get a really capable opposition in Scotland – which should be the Labour Party – that’s capable of contesting the Scottish nationalist position in Scotland in a way that prevents them from doing what they do at the moment, which is govern Scotland but pretend they’re in opposition.”

Scottish Greens co-leader Lorna Slater said: “Only the people of Scotland have the right to determine Scotland’s future.

“Seventeen consecutive opinion polls have demonstrated majorities in favour of independence, with the most recent indicating a record 58% support.

“Whether it’s the botched handling of the coronavirus crisis, the Brexit catastrophe or just the heartlessness of Tory governments we haven’t voted for, it’s clear that the UK isn’t working for Scotland.”