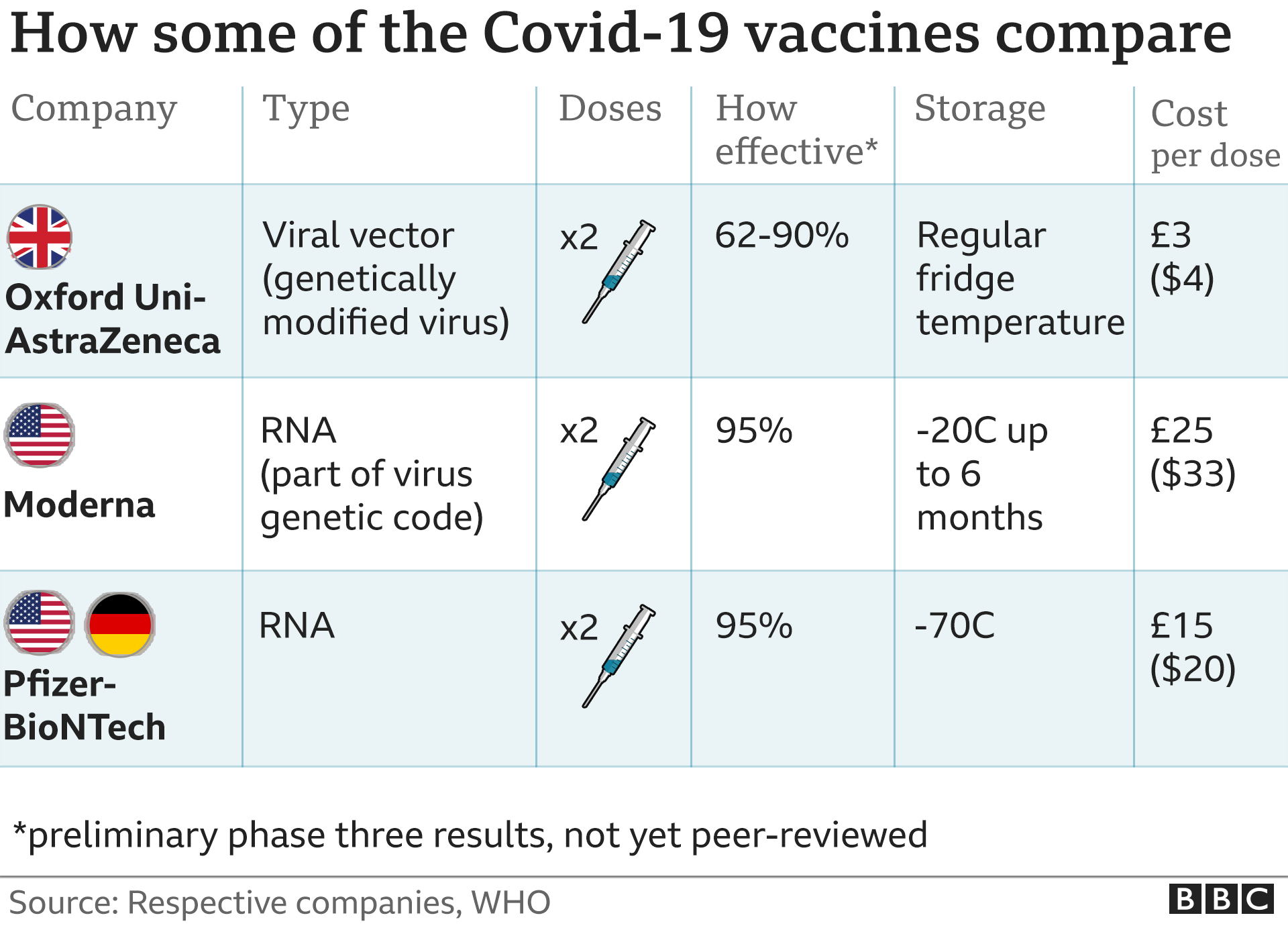 Publishedduration19 minutes agoimage copyrightEPAimage captionIsrael has given priority to the over-60s in its vaccination campaignIsrael has given vaccinations against coronavirus to more than one million people, the highest rate in the world, as global immunisation efforts step up.Israel has a rate of 11.55 vaccination doses per 100 people, followed by Bahrain at 3.49 and the…

Israel has given vaccinations against coronavirus to more than one million people, the highest rate in the world, as global immunisation efforts step up.

Israel has a rate of 11.55 vaccination doses per 100 people, followed by Bahrain at 3.49 and the UK at 1.47, according to a global tracking website affiliated with Oxford University.

In comparison, France had vaccinated 138 people in total by 30 December.

The comparative figures on vaccination are put together by Our World in Data, which is a collaboration between Oxford and a UK-based educational charity.

They measure the number of people who have received a first dose of the coronavirus vaccine. Most of the vaccines approved for use so far rely on two doses, given more than a week apart.

The US fell far short of its target of vaccinating 20 million people by the end of 2020, with just 2.78 million having received a jab by 30 December.

Meanwhile, the US government’s top infectious diseases expert, Dr Anthony Fauci, has said he does not agree with UK plans to give as many people as possible a first vaccine dose, while delaying second doses.

Dr Fauci said the US would not be adopting a similar strategy.

India has meanwhile approved the Oxford/AstraZeneca vaccine for emergency use, Information Minister Prakesh Javadekar said on Saturday. Three more vaccines are awaiting approval. The country has been staging drills to prepare for mass distribution.

How has Israel got so far ahead?

Israel began vaccinations on 19 December and is delivering jabs to about 150,000 people a day, with priority given to the over-60s, health workers and people who are clinically vulnerable.

It secured supplies of the Pfizer-BioNTech vaccine following negotiations early on in the pandemic. It is contacting people with priority access to the vaccine through its health care system – by law all Israelis must register with a recognised health care provider.

Israel has safely subdivided shipments of the Pfizer vaccine, which must be stored at -70C, Health Minister Yuli Edelstein told YNet TV news. This means smaller batches of the vaccine can be sent out to remote communities.

Prime Minister Benjamin Netanyahu, who is campaigning for re-election, has predicted Israel could emerge from the pandemic as early as February. It is currently in its third national lockdown.

Why is France lagging behind?

In the first three days of its vaccination campaign, which launched on 27 December, France inoculated fewer than 100 people. In comparison, Germany had given more than 130,000 vaccines by the end of December.

The EU was slower than the UK or US to authorise any of the vaccines. The European Medicines Agency, the regulator for the 27 EU member states, gave its approval for the Pfizer vaccine on 21 December, compared to 2 December in the UK and 11 December in the US.

Part of the difficulty in France stems from the widespread scepticism about the vaccination. In a 15-country poll carried out by Ipsos Global Advisor, just 40% of French respondents said they would be willing to have the vaccine.

Earlier this week, the French health minister defended the slow pace of vaccinations, saying authorities had chosen to give the jab in care homes to elderly residents, rather than making them travel.

However, on Thursday French President Emmanuel Macron struck a more urgent tone, saying: “I will not allow an unjustified slowness to set in without good reason.”

What is India doing?

India is holding a national drill for its vaccination programme, which is aiming to reach 300 million people by the middle of the year.

It will rely on the Oxford-AstraZeneca vaccine, which has now been recommended by a government panel. The Oxford jab does not require the same storage at extremely low temperatures as the Pfizer vaccine, making it suitable for distribution to areas without sophisticated health care facilities.

The Oxford-AstraZeneca vaccine is known as Covishield in India, where it is being manufactured by the Serum Institute of India. Another vaccine, developed by Bharat Biotech, is awaiting approval.

Covid-19 has already claimed nearly 150,000 lives in India, with about 10 million people infected – second only to the number infected in the US.