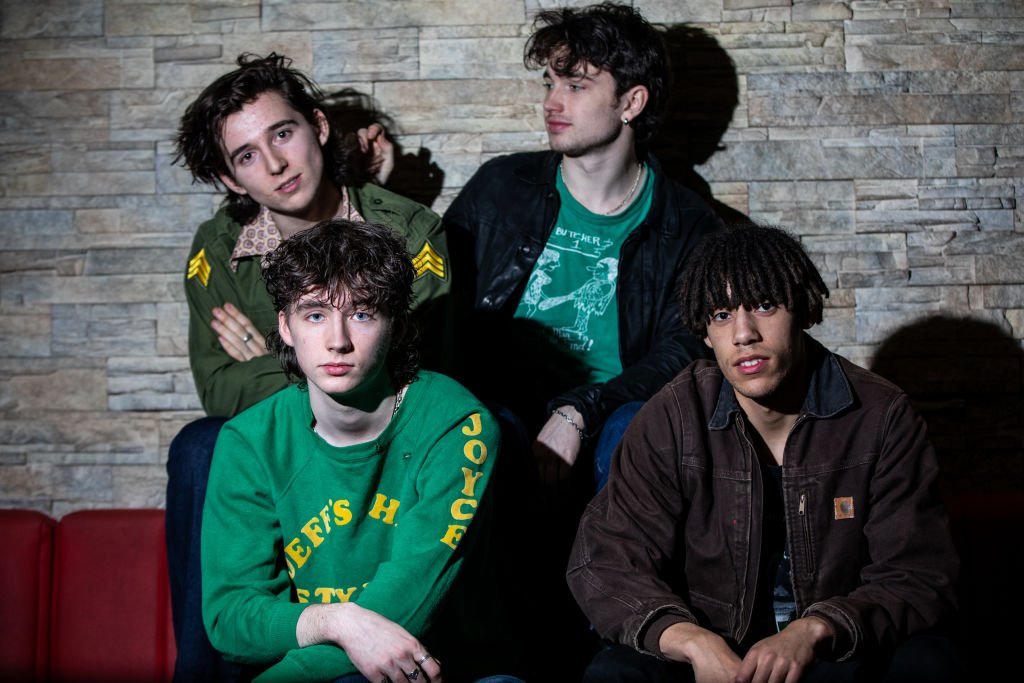 By Mark SavageBBC music reporterPublishedduration8 hours agoimage copyrightGetty Imagesimage captionThe annual Sound Of list predicts which acts are going to break through in the following year”I’m really, really happy,” said Celeste, as she won the BBC’s Sound of 2020 last January. “I can’t wait now to see what the rest of the year will look…

“I can’t wait now to see what the rest of the year will look like. I’m so thrilled and so excited. I can’t wait.”

Celeste went on to win the Brits’ Rising Star award and soundtrack the John Lewis Christmas advert. But, as we all know, 2020 didn’t quite go as planned.

So how did the top five acts on the BBC’s Sound Of list spend their first year in the spotlight? There were number one albums, missed flights, phone calls with fans and adventures inside arcade machines.

After clocking up air miles on trips to America, Japan and Europe, “we were all secretly looking forward to having some down time at home,” admits singer Elijah Hewson, “but our desire for that faded quickly”.

“We’ve sort of reverted back to when we were still in secondary school, rehearsing in the shed together and just enjoying playing music and being mates. It’s really important to us that we stick together during this time and keep being a gang.”

Quarantine gave the quartet time to write new material for their debut album – including the politically-driven When It Breaks, which was written as a response to the pandemic and the Black Lives Matter protests.

“We felt that people were angry, lonely, upset and scared,” says Hewson. “The world feels broken, or like it’s about to be broken at any minute, and we wanted to write a song that we could dance to in a field somewhere next summer… or the summer after that.

“We’re not a very political band. We don’t wear our views on our sleeve but we really felt like this was a big moment and as artists how could you not want to say something about it?”

According to the band’s Instagram page, the quartet have been out and about in Dublin recently, searching for locations to shoot their album cover. So, does that mean a release is imminent?

“Sworn to secrecy!” says Hewson. “We’re very excited to talk more about the album when we can – but for now we’re still tinkering on it and making it the best it can be.

Joy Crookes’ conversational soul songs earned her fourth place in the BBC’s Sound of 2020. At the time, the 21-year-old said she’d set a “self-imposed deadline of May” to complete her debut album.

Needless to say, that didn’t happen.

Some people in her team caught Covid-19, while Crookes, who already suffered from anxiety, developed “serious body image issues”.

Drawing on her Bangladeshi-Irish heritage, she chose to prioritise the “collective as opposed to individual”, insisting that her team travel home to spend time with their families, instead of “going ahead with this [career] and being a powerhouse for no reason”.

She stayed productive though, releasing two singles (including the sublime, Nina Simone-referencing, Anyone But Me) and showcasing new, work-in-progress material on Instagram.

“It’s definitely been productive,” she says. “Creating a body of work always takes a lot of isolation but that’s often overlooked, because people want us for concerts and they want us for interviews.

“I think maybe, potentially, life should be more like this.”

His album went to number one. He won MTV’s best breakthrough award. Dave Grohl called him the saviour of rock and roll. It’s safe to say Yungblud had a pretty good year.

“I can’t believe it,” he beams. “We’re just a team of young people working out of my flat, and we got a number one album! It’s so funny.”

A punk-pop icon in the making, Yungblud has built his career on an intense and symbiotic relationship with his fans. Lockdown may have meant cancelling tour dates, but the bond only got stronger, thanks to fortnightly fan phone calls, livestreamed gigs and his hugely charismatic TikTok videos.

“I think when we have something to kick against, we thrive,” he says. “I wasn’t going to abandon my fanbase. When gigs started getting cancelled, I was like, ‘Nah, this is not going to fly with me. No matter what, I’m going to be connected to them.’

“When all is said and done, what Yungblud is is a group of people coming together for one common reason. And that’s what I believe will make us be around for a long time. The connection is more than just a song, or that we look cool. It’s deep-rooted. It’s a wire from one heart to another, that pulsates.”

That connection is brought to life on Mars, a song that was inspired by a young transgender fan in Maryland, whose parents couldn’t accept or understand their daughter’s transition.

“She said that all she could do, in her head, was to plan to get her parents to a Yungblud show. Not to see me, not to hear the music, but to see everyone there – and the sense of community and the sense of liberation.

“And the parents came, and they saw kids like her, and they took her out for a burger and said they accepted her as their baby girl.

“That makes my head explode. I’m so proud to be a part of something that can do that for someone.”

Restless at the best of times, Yungblud is itching to get back out on the road again – with gigs planned for May, lockdown permitting. And he has his sights set even higher in 2022.

“It’s not been announced yet, but my plan is to do a massive show like Knebworth or Spike Island. And I want people to come from all over the world. And I want it to become a worldwide movement.”

It was a novel approach to self-isolation… but he had an ulterior motive: shooting a promo photo for the band’s breezy, escapist single Daydreams.

“That was definitely my highlight of the year,” laughs the singer.

The song itself was a “sign of the times”, he adds. Built around a sample of Aretha Franklin’s soul classic Daydreaming, it’s about, “wishing you were elsewhere, doing anything other than sat in the flat drinking in the daytime”.

It was one of several tracks to emerge from lockdown, as the indie/hip-hop group worked obsessively on their debut album. Finished and mastered last month, Matravers says it’s a very different record to the one he’d originally imagined.

“If it had been business as usual, I probably would have had to create the same amount of music in two months instead of 12 – so it really allowed us to finesse the writing, and the production and really obsess about it.

“I could spend a week making techno, just to see what that was like. That’s a luxury that we’ve never afforded ourselves before.

“And I feel really lucky to have had that – because if there hadn’t been the pressure and desire to create an album, I would have had a very different year indeed. I would have really struggled.”

Celeste had just arrived from Los Angeles when she delivered a spell-binding performance at February’s Brit Awards.

She planned to spend a couple of days at home, finding the perfect spot to display her Rising Star award before flying back to the US to finish her debut album.

“And at seven o’clock on Saturday, they announced a travel ban,” she recalls.

“I thought, ‘Maybe this will last a couple of weeks or a month,’ and all of a sudden it’s December.”

The album release was subsequently pushed back – it now comes out in January – but Celeste says she “hasn’t been too disappointed” by 2020.

“I’ve been able to adapt to the situation,” says the singer, whose partnerships with brands like Converse, Sky Sports and Stella Artois “have actually carried me through the year”.

But it was soundtracking the John Lewis Christmas advert with her song A Little Love that brought her into millions of homes. The 26-year-old was the first artist to be commissioned to write an original song for the campaign – and found herself inspired by the concept of strangers helping strangers.

“It wasn’t only meant to be fantastical and Christmassy. There was this element of realism to it, which is where I always find my inspiration. I wrote it quite quickly”.

A Little Love wasn’t Celeste’s only single of 2020. I Can See The Change was produced by Billie Eilish’s brother, Finneas, after they met at the Brits, and the jazzy, piano-thumping Stop This Flame became a top 10 hit in Belgium (“I didn’t know that!”, she laughs).

But 2020 also gave the singer the opportunity to pause and reassess her songwriting.

“In the last year, I’d only really brought out singles – and singles tend to magnify a very specific part of your personality. It’s not always your truest voice.

“Being in solitude helped me to get back in touch with my thoughts and feelings – finding inspiration without it being polluted too much by other people’s experiences.”

That epiphany inspired the title – and the sound – of her album, Not Your Muse, which was largely written and recorded with her touring band.

“Not Your Muse as an idea, to me, meant that I’m taking charge of who I am and not allowing anybody to taint me too much with their ideas of what they think I should be.

“And I found that true for all sorts of situations,” she adds. “Not just work, but personal relationships too.”