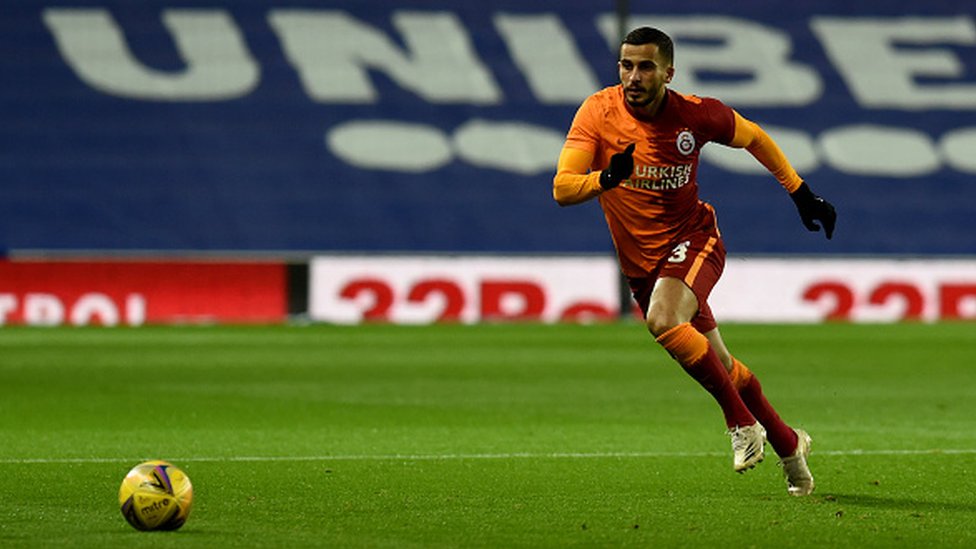 Publishedduration2 hours agoimage copyrightGetty Imagesimage captionOmar Elabdellaoui is receiving treatment in hospital after an accident with a fireworkNorway and Galatasaray footballer Omar Elabdellaoui has been injured by a firework during a New Year’s Eve celebration.The Norwegian vice-captain’s club said he was taken to hospital after “an unfortunate accident at his home”.He suffered burns to his…

Norway and Galatasaray footballer Omar Elabdellaoui has been injured by a firework during a New Year’s Eve celebration.

The Norwegian vice-captain’s club said he was taken to hospital after “an unfortunate accident at his home”.

He suffered burns to his face and damage to his eyes, the club said, adding that further tests would assess the extent of his injuries.

The New Year’s Eve incident was one of many involving fireworks in Europe.

In Elabdellaoui’s case, Turkish reports say a firework exploded in the hand of the 29-year-old defender.

But in a statement cited by the newspaper, Galatasaray said Elabdellaoui was conscious, in a stable condition and had not undergone surgery.

Galatasaray’s manager Fatih Terim and the team captain Arda Turan went to the hospital to visit Elabdellaoui, who joined the club in 2020 from the Greek side Olympiacos FC.

Elsewhere in Europe, at least four people were killed by fireworks during events to mark the new year.

Police in Alsace in eastern France said a 25-year-old man died after being hit by a rocket in the village of Boofzheim.

A statement said the device beheaded him and severely injured the face of another young man standing next to him.

A similar incident cost the life of a 28-year-old man in Pulle, a village east of Antwerp in Belgium.

Meanwhile in Italy‘s north-western province of Asti, a 13-year-old boy died shortly after midnight of injuries to his abdomen caused by a firecracker.

There were fireworks casualties in Germany as well. In the state of Brandenburg, police said a 24-year-old man died after setting alight “self-made pyrotechnics” while a 63-year-old man lost his hand when handling a firecracker.

Injuries and deaths from fireworks are not unknown over the New Year period. But fewer public fireworks displays than usual were held on New Year’s Eve 2020, as coronavirus restrictions placed limits on gatherings worldwide.

Some European countries had moved to limit the use of fireworks ahead of 31 December, with Germany imposing a ban on the sale of pyrotechnics.