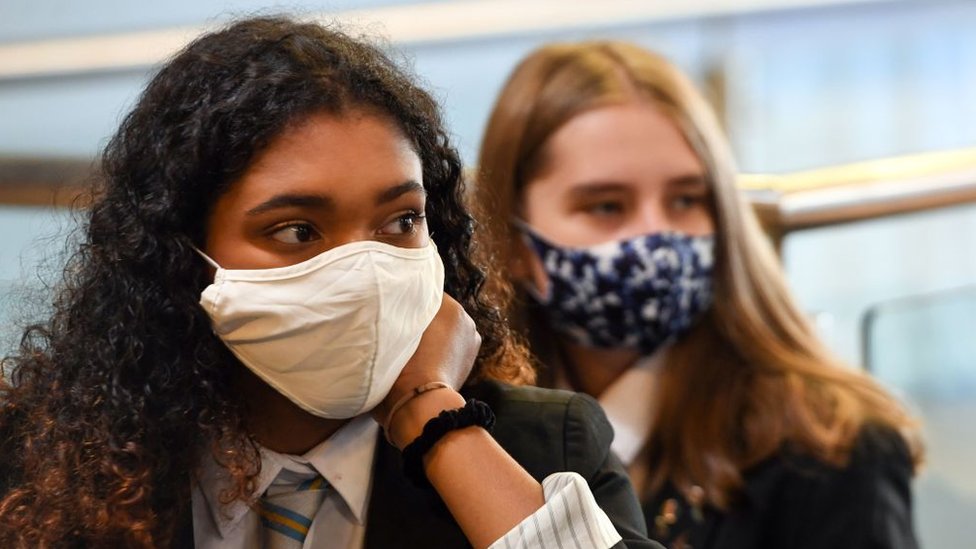 Publishedduration58 minutes agoimage copyrightGetty ImagesMass testing will be used to help secondary schools re-open safely in the new year.But the start of term has been delayed to allow schools to get ready.What is mass testing and why is it important?Mass testing makes it easier to find people who may be unaware that they are infected.They…

Mass testing will be used to help secondary schools re-open safely in the new year.

But the start of term has been delayed to allow schools to get ready.

What is mass testing and why is it important?

Mass testing makes it easier to find people who may be unaware that they are infected.

They can then be told to isolate and be prevented from spreading the virus.

Mass testing could also be used in more targeted ways, including:

What tests are used?

Pilot schemes have offered two types of testing – both involve swabbing the nose or throat.

The PCR (polymerase chain reaction) test is regarded as the “gold standard”, but it can take a day or longer to get a result because the sample is sent to a laboratory.

The lateral flow test (also referred to as a rapid test) involves a handheld kit that gives a result – a bit like a pregnancy test – in about 20 minutes. Fluid from a nasal swab or saliva goes on one end, then a marking appears if you are positive.

Secondary schools in England will stagger their return after Christmas, to give schools time to set up mass testing. Pupils taking exams in 2021 will start on 11 January, with other year groups returning in person on 18 January.

The army will be brought in to help, mainly through webinars and phone support. But head teachers say they need support on the ground.

The government says two rapid tests will be available to all secondary and college students, as well as staff at the start of term.

If a rapid test comes back positive, it will be confirmed by a PCR test.

After this, staff will be tested once a week.

Any pupil or member of staff who has come into contact with a positive case will be offered daily tests for seven days. Previously, a whole bubble, class or year group might have been sent home.

Tests will be optional and require parental consent. Children under 16 need to be accompanied to use a mobile testing unit.

Testing for primary school staff will follow in the second half of January.

How is mass testing in towns and cities carried out?

Currently, most people can only have a test if they already have symptoms.

But under England’s tier system, the government wants mass testing in areas with high infection rates.

This follows a pilot scheme in Liverpool , where everyone living or working in the city was offered a voluntary test.

This could be similar to the Liverpool pilot, which used mobile testing sites in care homes and schools.

People might be invited to have a test, but they can also book their own online. Whole families can also just turn up in their car.

What happens if I test positive?

Anyone who tests positive must immediately self-isolate for at least 10 days. Their contacts will be traced by NHS Test and Trace, and must isolate if told to do so.

Self-isolating means staying at home and not leaving even to buy food, medicines or other essentials, or for exercise.

People should order online groceries, or ask friends and family to get supplies and leave them outside the front door.

Anyone in England who fails to self-isolate after a positive test can be fined up to £10,000.

Anyone on low income who has been told to self-isolate in a phone call from NHS Test and Trace, can claim a £500 payment from their local authority.